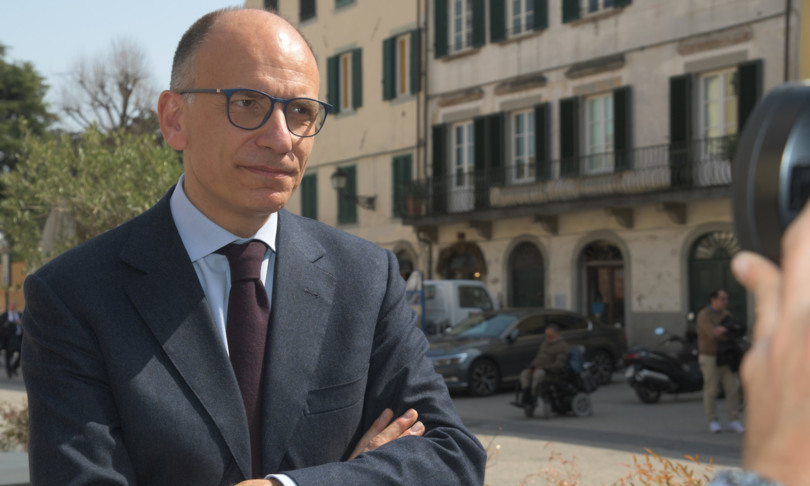 Enrico Letta reaffirms full confidence in the work of Mario Draghi and Lorenzo Guerini. At the same time, the secretary of the Democratic Party stresses that he has no problems with the possibility that the Prime Minister or the Chief of Defense report to Parliament on developments on the shipment of weapons to Ukraine. This is not an ‘opening’, given that the need for the government to inform the Chambers about any development in the shipment of weapons is also contained in “Article three of the conversion law of the first decree”, as a demi reminds the Chamber .

However, Enrico Letta’s words reflect a debate that is open in the Democratic Party. Simplifying, we could use the image of the ‘aviary’: “On the one hand, the hawks, those parliamentarians of the Democratic Party who are hard-liners against Moscow, with no ifs and buts. On the other, doves, or those exponents of culture Catholic and social and those more distinctly left-wing, who participated in the Perugia-Assisi march “.

A confrontation that does not have a formally established seat, but that has continued for a few days and emerges against the light from the statements of the leading exponents. “The discussion is there because there are sensitivities”, confirms a deputy from the Democratic Party of the AGI: “There is some unease on the left and in the base, but also in the Catholic area“.

From Palazzo Madama, a leading dem senator underlines that “already in the resolution passed by Parliament it is foreseen that the government must report to Parliament on the progress of operations”. However, keeping Copasir or the assembled Commissions informed appears to be a “somewhat simplistic” solution to those who fear a global military escalation: “Article 3 of the conversion law states that the government must report every three months . But the situation seems to have changed, perhaps it would be the case of a passage in the Chamber “.

A strong appeal for Europe to take over the reins of diplomacy and groped to put the Ukraine affair back on the diplomatic tracks comes from the secretary, Enrico Letta who, in an interview with the Manifesto, underlines the failure of the “first strong attempt towards a truce, that of the UN Secretary General Guterres “, who ended up under Russian bombs in Kiev.

“A humiliation of the United Nations that demonstrates Russia’s evident unwillingness to take steps forward” in the direction of the truce, observes Letta who asks the leaders of Italy, Spain, France, Germany and Poland to go to Kiev together: “It would be a very strong message “.

An appeal for peace that comes in the hottest hours of the debate on the new government decree containing the shipment of weapons to Kiev and which follows the Ramstein summit in Germany, which was attended by about 40 countries, including Italy with the Minister of Defense, Lorenzo Guerini.

The 5 Star Movement, with the president Giuseppe Conte, asks Mario Draghi and Guerini himself to report as soon as possible to parliament on the decree. Copasir, after having heard the head of defense, has secreted the information regarding the armaments to be sent by the Italian side. The parties, however, are aware of this and this has begun to cause some perplexity about the government’s choices.

Reiterating his confidence in Mario Draghi and Lorenzo Guerini, Letta affirms that he has no particular problems with respect to any information or communication from the government to the Chambers. “The point is that I trust the government, and in particular Draghi and the ministers Guerini and Di Maio”, and also Conte, Letta underlines, “should feel guaranteed by the government which is managing the situation with balance and solidity. We must reiterate that the weapons we send are used to defend an attacked country, certainly not to attack Russian territory. This seems to me to be the real issue “, he concludes.

Netto the deputy and former minister Graziano Delrio: “The government has a mandate from Parliament. The first to know that there is a need for a confrontation, if the mandate changes, are Draghi and Guerini“, observes Delrio in an interview with Fatto Quotidiano. The leader of the Democratic Party in the Chamber, Debora Serracchiani, also appeals to Europe as the standard-bearer of the diplomatic path:” Italian workers are asking for peace, they are asking Europe for a action on expensive bills, a cap on the price of gas. They ask Europe to be the diplomacy that interrupts this very difficult and dramatic moment “.