Russia simulates nuclear attack on Europe on TV: what does that mean? 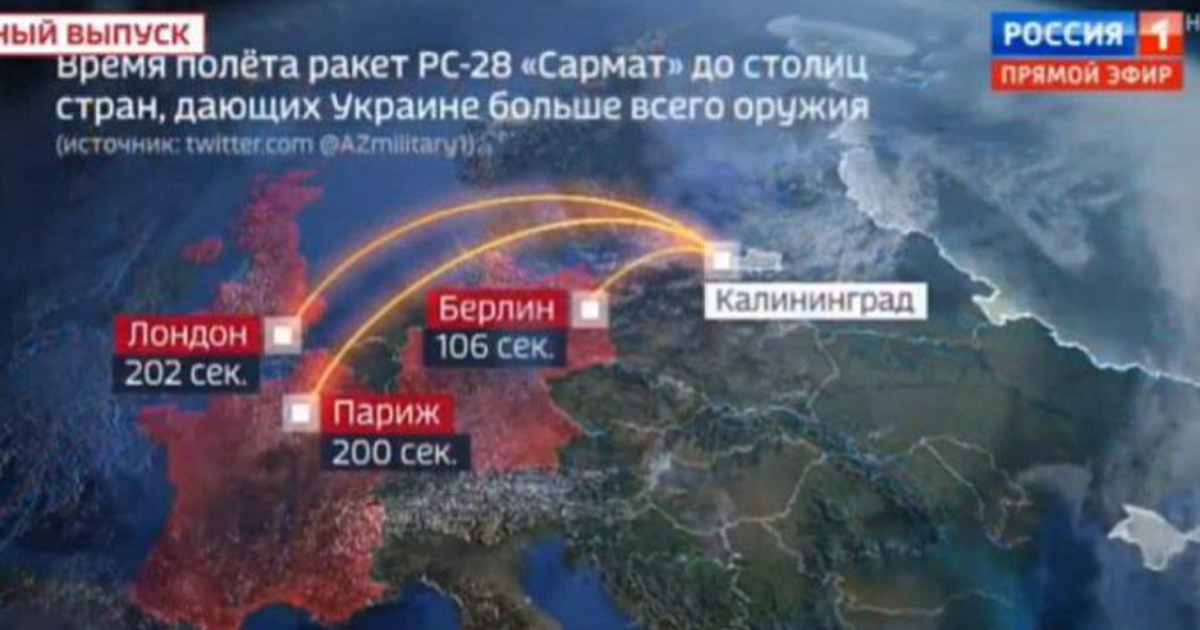 The map shown in the program was apparently created by an unknown Twitter user, in the program a moderator also emphasized that there are “no” nuclear warheads in Kaliningrad at the moment. There had recently been no new threats from the Kremlin either.

Why is state television speculating about such an attack?

Most of the Russian media have now been brought into line and report extremely loyal to the government. This is particularly true of state media such as the Rossiya TV broadcasting group. The studio guest who so rampantly called for a nuclear attack on the show is Russian politician Alexey Zhuravlyov, leader of the small, far-right Rodina party. His faction was founded in 2003 by Putin’s confidants and did not field its own candidate in the last two presidential elections, but instead supported Putin’s campaign.

Zhuravlev’s wild appearance was probably intended to cause fear and terror in the West. Because even if the moderators tried to slow him down at first (“Do you understand that nobody will survive such a nuclear war as you are threatening here?”), they had finally prepared the right card in the studio.

Could Putin just push “the button”?

If the Russian military actually planned to attack European cities with nuclear missiles, Western intelligence services would most likely be aware of this in advance. Preparations would have to be made, and several military decision-makers would have to agree, not just Putin alone. They would, but it would take time. A spontaneous, surprising nuclear attack is therefore hardly possible.

How is Europe protected from a nuclear attack?

Since the time of the Cold War, US missile defense systems have been stationed in Poland for just such a case, and they have been modernized again and again. The associated special radar for nuclear missiles is in Romania. So these systems would probably notice a launch – it is assumed that they could also intercept individual nuclear missiles. In an emergency, however, this has never been tested.

In addition, Russia only presented a new form of ICBM, the so-called Sarmat type, at the beginning of April. According to Putin, it could defeat “any missile defense system in the world”. Western military doubt that.