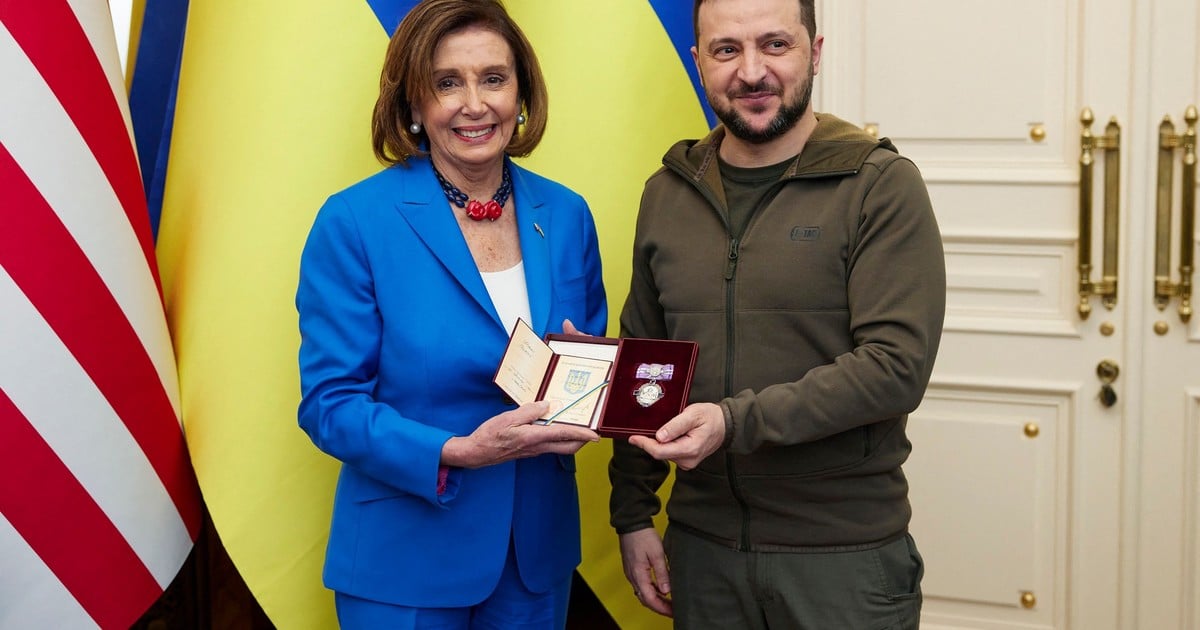 By pooling arms supplies globally and asking Congress for an additional $33 billion to support Ukraine, Washington is choosing to ignore threats of Vladimir Putin from using nuclear weapons and instead is testing the limits of the Russian leader.

After Washington last week brought together 40 countries at a US base in Germany to discuss aid to Ukraine’s war with Russia, Putin on Wednesday threatened to a “quick as lightning” response if third parties intervene directly in favor of kyiv.

“For this we have all the tools that no one else can boast of having. We will not brag: we will use them if necessary,” Putin said.

It was a thinly veiled reference to Russia’s tactical nuclear weapons, which according to Russian military doctrine can be used to force an enemy to retreat.

Despite the Russian threat, the president of the United States, Joe Biden, redoubled its support for Ukraine.

The $33 billion he asked for includes $20 billion for weapons and ammunition, almost seven times the amount sent to Ukraine since the Russians invaded it on February 24.

Early in the war, Washington was concerned that aggressively equipping the Ukrainian military with anything other than “defensive” weapons risked drawing the United States and NATO into direct conflict with Russia.

But now the Pentagon has dropped those inhibitions and is sending offensive weapons like heavy artillery, attack helicopters and drones.

And instead of hiding it, the Pentagon also began to talk openly about how is training the ukrainian troops, even in Germany, to use the weapons they are receiving.

Instead of saying, as it did in February, that it only wants to help Ukraine survive, Washington is now saying that its goal is to weaken Russia in the long run.

“We want to see Russia weakened to the point where he can’t do the kind of things he did by invading Ukraine,” US Defense Secretary Lloyd Austin said after visiting kyiv last week.

Putin’s nuclear threat is being scorned by the Biden administration.

“They are a display of Russia’s desperation at its abject failure to be able to do what it set out to do” in Ukraine, Biden said Wednesday.

A senior defense official said Friday that while the Pentagon constantly monitors Russia’s nuclear force, “we do not assess that there is a threat of use of nuclear weapons and no threat to NATO territory“.

Lawrence Freedman, professor emeritus at King’s College London, said that there are no signs that Russia is preparing to use its nuclear or chemical weapons in the Ukraine conflict.

“His threats are taken less seriously than before and he has nothing positive to offer. He is already a diminished power,” Freedman wrote on his blog.

This view is shared by Gideon Rose of the Council on Foreign Relations in New York.

“Moscow will not use nuclear weapons during the conflictRose said.

Putin “knows that there would be extraordinary retaliation and universal opprobrium, without any strategic advantages to justify them“, said.

Although Biden has reiterated that US troops will not be directly involved in Ukraine, the surge in support has turned the conflict into a proxy war, Sam Winter Levy, a war specialist at Princeton University, wrote on the “War on Ukraine” website. the Rocks”.

“The West must be clear about the situation it faces. It is currently waging a proxy war with Russia, which poses very real risks of escalation,” she wrote.