Italy: The conditions and slogans of Giorgia Meloni to the center – right 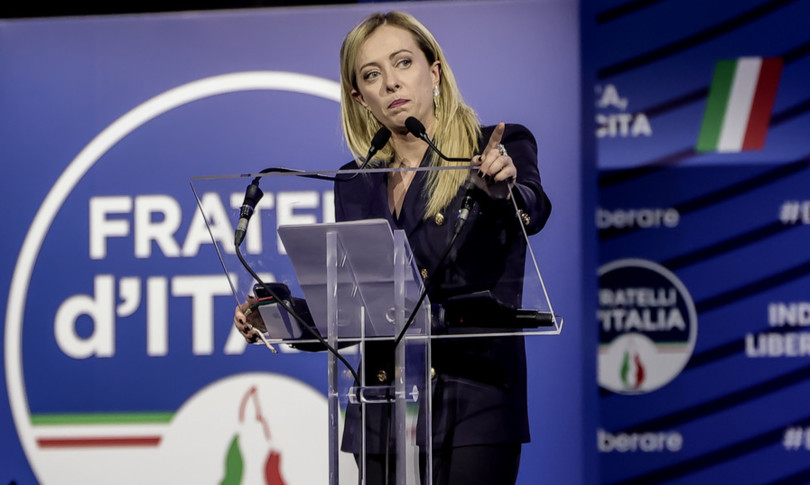 Pride, clarity, rules. These are the three conditions that Giorgia Meloni places on the center-right on the final day of the programmatic conference of the Brothers of Italy, the launching pad for her candidacy for the leadership of the coalition and for the premiership in view of next year’s policies. The president of FdI states that she does not want to make a controversy with the allies but removes several pebbles and makes no discounts to anyoneevoking the ‘lonely race’ if commitments are not met.

In the first place, Meloni asks for loyalty and an alliance without “revolving doors” in which everyone makes a commitment not to go “never, in any way” with the left. Then he asks that the rules be respected by everyone: and here the example is the Sicilian Region where an outgoing center-right governor like Nello Musumeci cannot “go home just to spite FdI”.

Finally, he claims the pride of giving a voice to the center-right people with one well-defined location. Meloni criticizes those who, like some exponents of Forza Italia or the centrists of Us with Italy, enthusiastically welcomed Emmanuel Macron’s victory in the French presidential elections.

“Pride means giving full representation to those millions of Italians who have been forced for too long to be a silent majority but who are waiting for nothing more than to make their voices heard”. “The solemn commitment that Brothers of Italy takes – he says – is that we will give that pride to this people, we want it and we hope to do it with the center-right, but, let’s be clear, we will do it anyway, we at Fratelli d ‘Italy”.

The leader of FdI intervenes at the end of the three-day convention organized at the MiCo in Milan to mark a turning point and make a ‘qualitative leap’ for a party that the months of opposition have brought to the top of the polls. The operation is to change the narrative around FdI: a new, conservative party, with an image detached from the past of the right-wing forces, MSI and AN, from whose history many leaders come.

And the ambitious goal of confirm itself as the first Italian party: to go and govern. For this he reserves a good part of his speech of about an hour Meloni, when he lingers in harsh ‘j’accuse’ against the press. The leader of FdI starts from the story of a reporter, guilty of having asked a delegate of the assembly if the dark t-shirt was a tribute to the fascist “black shirts”. And she broadens the discussion, attacking the media to her judgment of her committed to representing the image of a “gloomy, nostalgic loser and loser” right.

“Do you realize how lunar you are? Do you realize that you are making a fool of yourselves: am I also saying this for your responsibility?”, Attacks the reporters Meloni, who took the stage waving a tricolor flag. “You were trying to lock us up in a fence. While you were telling this story, we were building a big party that doesn’t have any fences.”

“You can’t stand it because there is a woman on this stage, while the left fills its mouth with equality”, he says, “continue to tell yourselves your fairy tales, while we make history”. The rest of the speech is focused on the points of the program presented in recent days, the proposal of the institution of the Ministry of the Seaof the high school for ‘made in Italy’il naval blockade against uncontrolled migratory flows from the minister Lamorgese “known as Charon”, the proposal of making the uterus for rent a universal crimel’autonomy in energy supply.

After the day of speeches by the ‘professors’, among others, Giulio Tremonti, Marcello Pera, Luca Ricolfi, the conclusion of the conference is entrusted to the “unprotected workers”, on the anniversary of May 1st. The concert directed by Beatrice Venezi frames the speeches of representatives of VAT numbers, entrepreneurs, workers, and of the categories damaged by the closures for Covid such as cooks, restaurateurs, bathing establishments and owners of dance clubs.

Meloni also collects the support of the Czech Prime Minister Petr Fiala and the Polish Prime Minister Mateusz Morawiecki. “The Brothers of Italy congress is a ray of hope”, says Morawiecki, “Italy needs your success, and Europe is counting on you”.

Shortly after, Ignazio La Russa reads a message in which the president of the Milanese Jewish community Walker Meghnagi reports that he “carefully follows the evolution of the Italian political right, which has never failed to take sides with Israel in foreign policy and is in the front row in the condemnation of the Holocaust and the horrendous racial laws, the greatest tragedy “the Shoah.

While Meloni speaks, Matteo Salvini, who did not show up at the convention as he had announced, entrusts his commitment to a united center-right to Twitter. “The center-right, united by an idea of ​​Italy based on work, freedom, merit, growth, security, autonomy and the family, will win for the next thirty years”, says the League secretary.