20 years to 9/11: The creepy images and voices from the terrorist attack 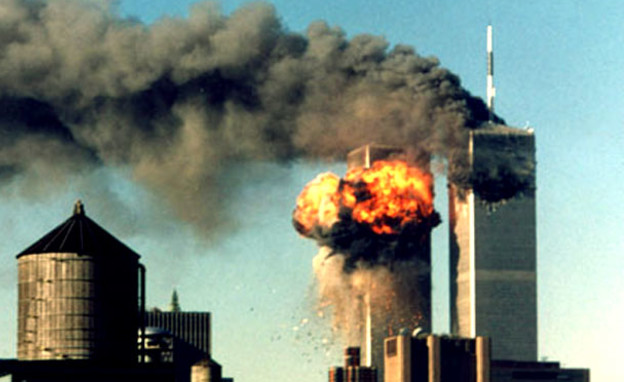 Uri Schonbrunn, who worked in the north tower on the 101st floor and survived the twin disaster, found himself imprisoned in a building that was all shaking with rising smoke – to the point of falling to the floor. While trying to find an escape route, he hit his co-worker Virginia Dichiara who was in the elevator and jumped. “The walls of the elevator fell. I fell to the floor, I hit Virginia who had third-degree burns and I said, ‘Virginia, I’ll help you, and I’m not leaving you, you’ll be fine, and we’ll get out of here.’

Schonbrunn’s painful story is just one of many voices of people who were in the 9/11 attacks, some survived and others lost their lives. Towards the 20th anniversary of the terrorist attack after which the world we knew changed, we returned to voices and images that the eyes cannot forget and the heart has a hard time containing, even two decades later. The first episode of the special project that airs this week in the “main edition”.

Shay, Liat Levinhar’s husband, worked on the 103rd floor of the North Tower and was killed in the twin disaster, and the last time she got to see his face was that morning when the worst of it all happened. “Sapphire was a month and a half old. She woke us up. Shai got organized quickly and took her for a few minutes so I could get organized too. This is actually the last image I remember of him – sitting on the couch in a buttoned shirt, holding it and waiting for me to get organized with a smile.” She told in pain.

Firefighter Jarad Tzipula did not work that day, but lost his firefighter brother, who died while helping rescue wounded in the twin disaster. “John was not supposed to work that day. So he went to work, and what happened to him that day was very different than he, or someone planned, it’s for sure,” Tsipula said. “I got a phone call from my neighbor, who told me that a plane had crashed into the World Trade Center. So I immediately turned on the TV and saw a huge hole opening in the building. At this point the phones did not work. There was no communication.”

Ilana Cohen ran a store near the Twin Towers and was injured in a 9/11 attack. “I arrived at the store early that morning. I opened the store, sorted out my affairs. Suddenly I hear such a fuss. Not something huge,” she said with a strangled throat. “I go out, look, I see smoke on Tower 1 from the antennas like. I have a chill.” “Suddenly there was a huge fireball. I stand, petrified, looking up, not understanding what happened.”

“It made me shiver, I realized the world had changed”

Ari Fleischer, a White House spokesman at the time of the twin disaster, recalled the tragic events: “Just as I was getting to elementary school they sent me a message that a plane had collided at the World Trade Center. I had no more information, and I thought to myself: ‘ The president came to this class to read to the children and listen to their reading. “

“It’s still so hard despite the many years that have passed. He told me ‘you better go home,'” Chipola concluded. “I heard the president say to the defense minister and vice president: ‘We are at war,'” Fleischer added. “It made me shiver. I realized the world had changed.”