Rudi Perešin died on this day 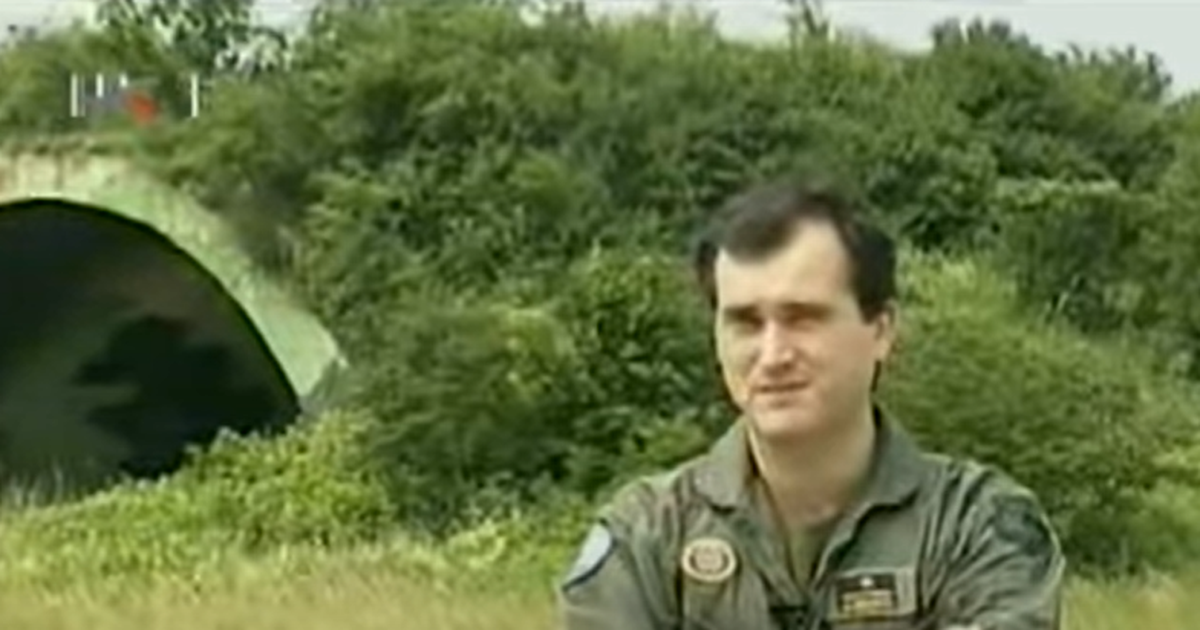 Rudi, come to the wedding in Austria. Take the camera and the camera, it was the code for the flight and escape to freedom, after which Rudolf Perešin, then a member of the JNA, took off with a MIG 21 from the Bihać airport.

‘I am a Croat, I will not and cannot shoot at Croats’

It all happened on October 25, 1991, while the JNA was rapidly withdrawing from Slovenia, and Croatia, together with the insurgent Croatian Serbs, was preparing for open war and aggression.

– I am a Croat, I will not and cannot shoot at Croats – Perešin told the Austrian flight control.

Through the Austrian Alps and Bleiburg, at about 1,100 kilometers per hour, it entered Austrian airspace.

– I descended to a height of 100 meters, pulled out a landing gear, clearly saw the runway of the airport and the city of Klagenfurt. I landed without a problem. I wasn’t excited. I wasn’t even afraid. True, I was tormented by a little uncertainty – said the legendary pilot in a documentary that went through his head as he walked the Austrian runway in a silver plane with a red star.

‘Rudi come to the wedding’

However, all this would not have been possible without the help of Perešin’s wife Ljerka, who was the first to get in touch with the Croatian side and told her husband that there was an interest from the Croatian authorities for Rudi to fly home.

When she finally arrived, the confirmation from Zagreb was the code for the flight and escape to freedom: “Rudi, come to the wedding in Austria. Take the camera and the camera. That phone call was followed by a legendary overflight.

For the Austrian media, Pereshin’s flight was just a bizarre episode of the war in the neighborhood, which they launched as an exclusive. In Croatia, exposed to Serbian aggression, the captain of the first class, Rudolf Perešin, became a real national hero.

It was invented that Perešin applied for political asylum in Austria

Serbian war propaganda tried to cover up the fact that a Croatian pilot, in front of their noses, from the largest military airport Bihac, almost took a supersonic fighter plane and landed peacefully in Austria, so they made up that Peresin asked for political asylum in Austria.

– I deserted from the JNA because I am not capable or willing to shoot at Croatian soldiers – said Perešin to the then confused Austrian soldier who first approached his MiG.

Late in the evening of October 25, the colonel of the Austrian Air Force, fighter pilot Dieter Szolar, met with Perešin in an inn in Felekirchen, where the army, after a short interrogation at the airport, sheltered the Croatian pilot. Szolar cautiously transferred Perešin to a private apartment when he realized that some asylum seekers were also Serbs.

– Rudolf Perešin handed over his military uniform and personal weapons. He received a civilian suit that did not suit him, so I brought him underwear, personal hygiene items and fruit – Colonel Szolar told the details in the documentary “Flight to Remember”.

After a four-day stay in Austria, Perešin was released and secretly transferred to Zagreb, where he finally reunited with his family. Perešin continued to fly in the Croatian Air Force and soon became the commander of the elite 1st Fighter Squadron of the Croatian Air Force. His escape with the MiG (which was kept by the Austrians) announced the arrival of other Croatian pilots. In mid-May 1992, godparents Ivica Ivandić and Ivan Selak flew from the Užice military airport to Split and Zagreb. Before them in February 1992, in particularly dramatic flight circumstances, so did Danijel Borović, who landed in Pula.

He died in Operation Flash, and it is not yet known if he was captured

Rudolf Rudi Perešin was killed during Operation Flash. His MiG 21 bis, during a risky combat mission, was hit by Bosnian Serb air defenses. Perešin managed to catapult himself from the damaged plane that crashed on the Croatian side.

For several years, Serbs played cruel games about his fate. They did not want to reveal whether Rudi Perešin was killed immediately or captured. Finally, the remains of Brigadier Perešin were returned to Croatia in the summer of 1997.

He was buried in September of the same year in the Mirogoj cemetery with the highest state and military honors. He was 37 years old. He was posthumously awarded the rank of Staff Brigadier. The plane of the legendary Croatian pilot was returned in 2019 from Austria to Croatia.