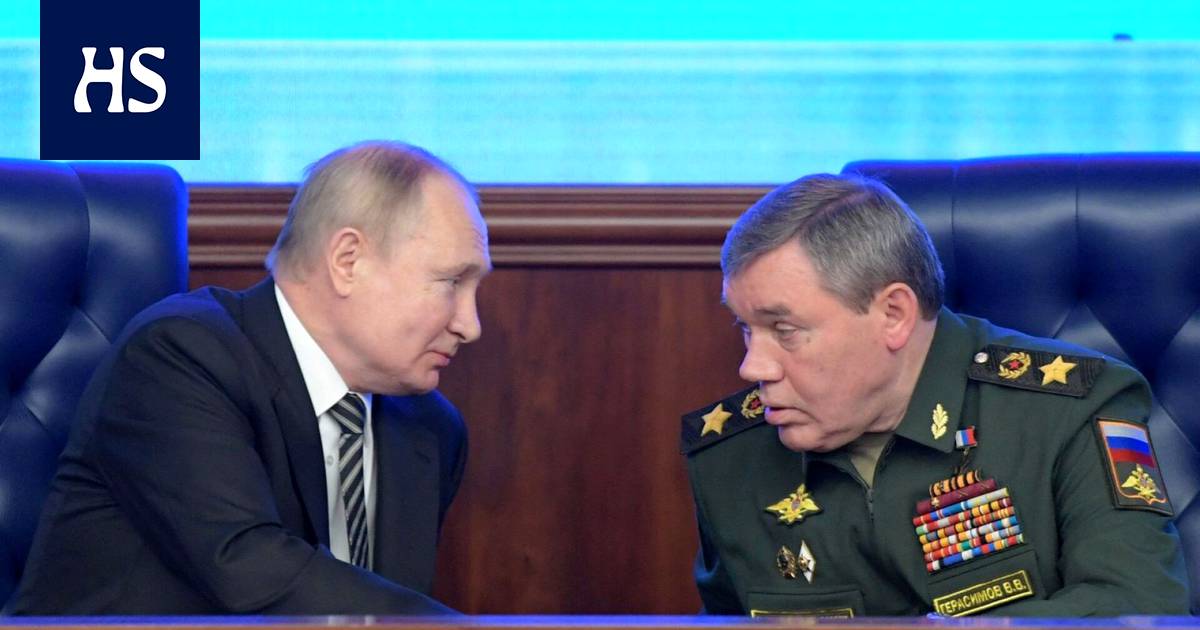 The commander’s several days on the front of the eastern Ukraine may spoke out of distrust of the general’s military skills.

Russian commander of the armed forces Valeri Gerasimov survived Saturday night ‘s strike over an attack by Ukrainian armed forces in the city of Izjum in eastern Ukraine. This is reported by the Ukrainian media and the newspaper The New York Times.

Gerasimov visited the Eastern Ukraine front for several days last week, The New York Times reports, citing U.S. intelligence sources. He was in the city of Izjum for the rest of the week, which was captured by Russian forces at the end of a month of fighting in early April.

The Ukrainian was the first to tell about Gerasimov’s front voyage Defence Express. According to a story published by the newspaper last Wednesday, Gerasimov would have been in Izjum at the time to personally lead the military operation in eastern Ukraine. The information in the magazine came from anonymous Ukrainian intelligence sources.

Ukraine state news agency Unian said on Sunday that Gerasimov would have been wounded in a Saturday airstrike in Ukraine in Izjum. Former Minister of the Interior of Ukraine Arsen Avakov confirmed the information On his Facebook page on Sunday. Avakov claimed to have received information from “insiders in Russia” that Gerasimov would have been wounded in the lower leg but the general’s bones would be intact.

According to information released by The New York Times the night before Monday, Gerasimov would indeed have been at No. 12 School on the North Side of Izjum on Saturday, serving as the front army of Russia’s 2nd Army.

Ukrainian troops would have hit the school on Saturday night, apparently with missiles. Several officers would have been killed and wounded in the attack, but Gerasimov would have had time to leave the scene a little earlier.

Adviser to the Minister of Internal Affairs of Ukraine Viktor Andrusiv confirmed the information to Unian on Monday morning. According to Andrusiv, Gerasimov was indeed present on Saturday, but was apparently not wounded.

Ukrainian data Gerasimov would have been transported directly from Izjum on Saturday night to Belgorod, Russia, from where he would have immediately traveled on a Tupolev-154 passenger plane of the Russian armed forces to Moscow with Russian helicopters protecting the take-off.

According to sources in The New York Times, the Ukrainian unit that attacked Izjum would not have known about Gerasimov’s presence at school number 12.

According to Ukrainian sources, about 200 Russian soldiers would have died in the attack, the most senior of whom would be the commander of the Western military district’s electronic warfare, Major General Andrei Simonov.

Valeri Gerasimov66, is president Vladimir Putin a credit commander who has led the Russian armed forces since 2012. His visit to eastern Ukraine was seen in the comments as an indication of the difficulties of the Russian military leadership.

More than two weeks ago, Putin appointed a general known as the “butcher of Aleppo” to lead the war in Ukraine. Aleksandr Dvornikovinwhich has earned its spurs in the Syrian war.

Despite preparations and regroupings, the conquest of the Donbass region under Dvornikov has made little progress.

Izjum is an important bridgehead for Russia in its attempts to attack the industrial cities of Sloviansk and Kramatorsk in the Donetsk region.

Russian forces have long tried to occupy the station town of Barvinkov south of Izjum without succeeding. Direct progress from Izjum to Slovjansk along the Kharkiv-Rostov highway has stopped at the border between the Kharkiv and Donetsk regions, ie tens of kilometers from Slovjansk.

The fiercest fighting has taken place north of Sloviansk, but the conquest of the small town of Lyman by Russian forces has not succeeded in this direction.

The distance from Lyman to the northern edge of Slovjansk would be only twenty kilometers, but in between there is the Donets River, which would obviously be difficult to cross under Ukrainian fire.