The left begins to form a common front facing the legislative 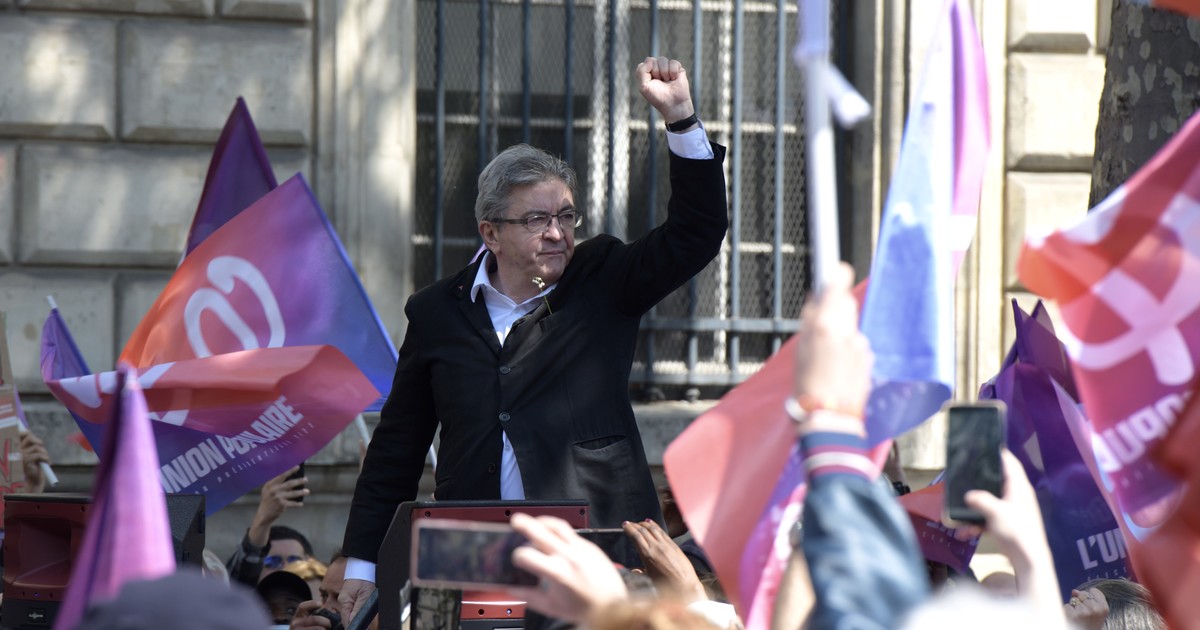 The left begins to unite in France to confront the June legislative elections which will complete the government of re-elected President Emmanuel Macron.

The dream of the leader of France Insumisa (LFI), Jean Luc Melenchon begins to be fulfilled, after it closed at midnight on May 1 a historic agreement with environmentalists (EELV) “for a common platform” and give them 100 constituencies. This Monday could close with the socialists and the communists.

But Mélenchon’s idea of ​​imposing himself as prime minister and forcing President Macron to a cohabitation if the left wins the majority on June 12 and 19 in the French National Assembly it grows. This Monday began negotiations with the socialists of the PS. The communists have announced that will be part of this agreement.

Not all socialists are happy with this idea, especially the so-called “elephants” of the party.

“It is a meeting without conditions for Jean Luc Mélenchon and I do not see how this radical program can allow the left and the French to unite,” warned Jean Christophe Cambadelis, the former secretary of the socialist party.

Mélenchon is a former socialist, who was minister of higher education under Lionel Jospin’s government until he left the party. His votes of the Ni, (Neither one nor THE other) decided the election of Macron against Le Pen last Sunday.

The details of the agreement

The Insumisos and the ecologists agreed a minimum salary of 1400 euroyes, the retirement at 60when the government wants to extend it to 65 years and at the same time, “a disobedience” against certain European rules.

Between deputies of the EELV and rebellious “rebels”, now we will have to talk about the New Popular Ecologist and Social Union.

On the environmentalist side, Sandra Regol hailed “a step towards the possibility of another majority. And long live the New Popular Ecologist and Social Union!”

Eric Piolle sees it as a “great step towards the constitution of a humanist, ecological and left arc“. “We are waiting for you!” launched the environmentalist Marine Tondelier to the communists and the socialists. As for Yannick Jadot, environmentalist leader, radio silence. But “he is obviously in favor”, assured Julien Bayou, on Monday the morning on BFM-TV.

The communists will begin their negotiations this Monday, after Mélenchon ends with the socialists. They believe the deal could be finalized during the day, according to Fabian Roussel.

“This is the strong aspiration of 11 million voters to see the left united. There is no other way. You cannot go to the elections today with the sole ambition of being champions of the opposition. My conception of politics is to be a government force”, explained the communist leader.

After a massive May 1 parade, where the left was shown together with the unions, although the march was infiltrated by the Black Blocs and degenerated into violence, it was a symbolic day to start negotiating the union of the left in France.

The May Day march was infiltrated by the Black Blocs and degenerated into violence. Photo: AFP

they need seek legislative majoritywhen the extreme right has obtained 42 percent of the votes in the presidential elections and Marine Le Pen could obtain 100 seats in the French parliament.

In addition to a “campaign parliament” like that of the Popular Union -the formation led by Jean-Luc Mélenchon for the presidential elections-, the two forces propose to form a “pluralist majority”, which seeks ‘an Intergroup to complete and continue this common work after the elections’.

Rise of the minimum wage to 1,400 euros, retirement at 60 years, price freeze of basic necessities, ecological planning or the sixth republic are some of the milestones noted.

There is no tension over Europe. Both parties agree on a long argument that, at the same time, advocates disobedience to certain European regulations and respect for the rule of law. Something that satisfies everyone.

“In order to implement our program and thus respect the mandate that the French have given us, we will have to overcome these obstacles and be willing to disobey certain European rules. (In particular economic and budgetary, such as the stability and growth pact, the competition law, the productivist and neoliberal orientations of the common agricultural policy, etc.). This can only be done with respect for the rule of law”, acknowledged Alain Coulombel, member of the EELV executive office.

“We have reformulated a lot so that there is no ambiguity on our part about our will to continue building Europe,” he added.

Jean-Luc Melenchon during the May Day marches in Paris. Photo: AFP

The parade on May 1 was loaded with symbolic images: the handshake of the former socialist Jean Luc Mélenchon with the general secretary of the PS, Olivier Faure, the communists climbing up to shake hands with those who were in the “tank” of the rebellious. Mélenchon did public relations all afternoon, included in the cafes around the Republic Square.

From the Sunday of Macron’s victory until this May 1, the climate of understanding changed and improved. She moved from doubt to enthusiasm.

In a few days, the discussions progressed. Of the two Parisian electoral districts proposed by LFI, the ecologists get five (the 3rd, 5th, 8th, 9th and 13th wards), including the one planned for Sandrine Rousseau in the 13th arrondissement and Julien Bayou in the 11th arrondissement.

So many constituencies that the Socialists will not give up easily and that should lead to new negotiations as of this Monday, May 2 during a three-way meeting (LFI, EELV, PS).