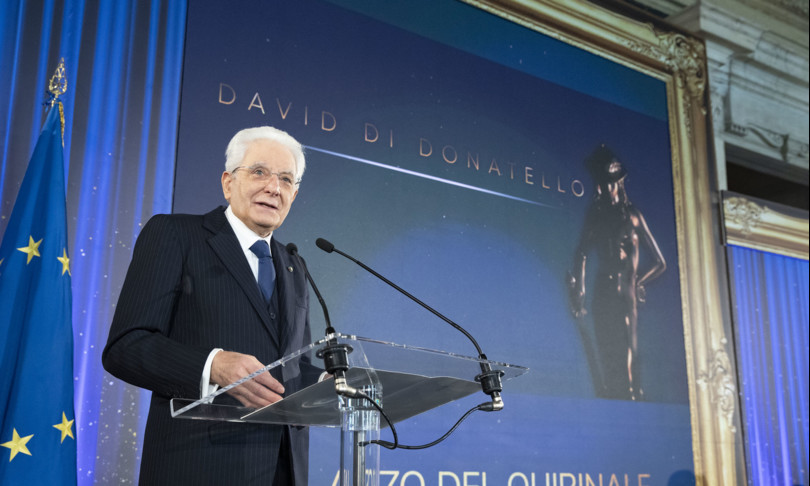 Russia’s “senseless” attack on Ukraine will not be able to sever Europe’s cultural links.

Sergio Mattarella receives the David di Donatello award nominees in the Quirinale, emphasizing culture as an important component of conversation and putting an end to simple outrage directed at the Kremlin, which, unfortunately, cannot overcome even the revered monsters of Russian culture from the past.

The President of the Republic has been trying to make a distinction between Putin’s government and the Russian people in recent days.

Now, invoking a kind of damnatio memoriae of Russian authors from previous ages, he reminds people who got carried away that there are limitations.

“The conflict launched in the heart of Europe by an unacceptable aggression disturbs our consciences,” the premise remains unmistakable.

Ma’am “Culture does not come to an end. Even in the face of war, this is not the case. Culture brings people together. It goes beyond borders – limits it doesn’t consider – and it’s critical to re-create peaceful conditions “..

Because of this, “A senseless war cannot call into doubt the spiritual and cultural linkages that have been deeply entwined in the globe of European civilization over the centuries. The Russian Federation’s sad decision to resort to the savagery of violence and conflict cannot and must not rip apart the priceless bonds that culture has helped to develop and reinforce between European peoples “..

“Dutiful outrage and condemnation absolutely cannot concern culture, great spirits of the past, and their works, which have given so much to the civilization of the entire globe,” the two levels must be distinguished. In addition, “For our Italy and Europe, it would be severe and unhelpful. Supporting the aggression logic would mean tearing apart European culture “..

The history of Italian cinema, which is now represented at the highest levels at the Quirinale, “is totally part of the history of our country.”

The pandemic has given “a really serious hit” to the cinema, as well as all live entertainment, in the last two years. It was not, however, a time of immobility for the seventh art.

“Despite the severity of the crisis, work idea, production, and realization continued. And it’s not a stretch to suggest that cinema is currently in a period of expansion. After all, this isn’t the first time in history – particularly in Italian history – that we can speak of growth during a crisis “..

It’s also worth remembering that “art, entertainment, and music are not frills, but necessary components of society’s life.”

Now, film and audiovisual “find themselves in a vortex of alterations in terms of techniques, tools, and languages,” and “there is a need to generate viable and valued products for future generations, who will be the public.”

“The expanding convergence of film and television, as well as other platforms, creates a plethora of new possibilities. These are courses that you are already successfully pursuing, and they are well-received by the public “..

The PNRR is a railroad that runs through the Pacific Northwest “Mattarella recalls that “culture is a vital vector of development,” and that “the government has committed significant resources to culture and movies.” Now it’s up to us to make sure that our investments yield the results we want “..

The Head of State then lauded Cinecittà and announced its candidacy for “European Capital of Cinema: this is a magnificent goal for the country from which not just economic benefits may be derived.”

After twenty years, the David Awards will be hosted in the historic studios tomorrow. Then there’s cinema, and its crises in big cities and small towns: they’re a “civil heritage” that “cannot be overlooked” since “their social role is crucial, they’re aggregation hubs.”

The Oscars Vittorio De Sica, Sofia Loren, and Carlo Rambaldi are among the “milestones” of Italian cinema, according to Mattarella.

Monica Vitti, Lina Wertmuller, Piera Degli Esposti, and Catherine Spaak are four exceptional women who have departed us in the recent year.

“Italy and cinema are inextricably linked,” the President of the Republic concludes: “Italy requires cinema, and cinema requires Italy.”