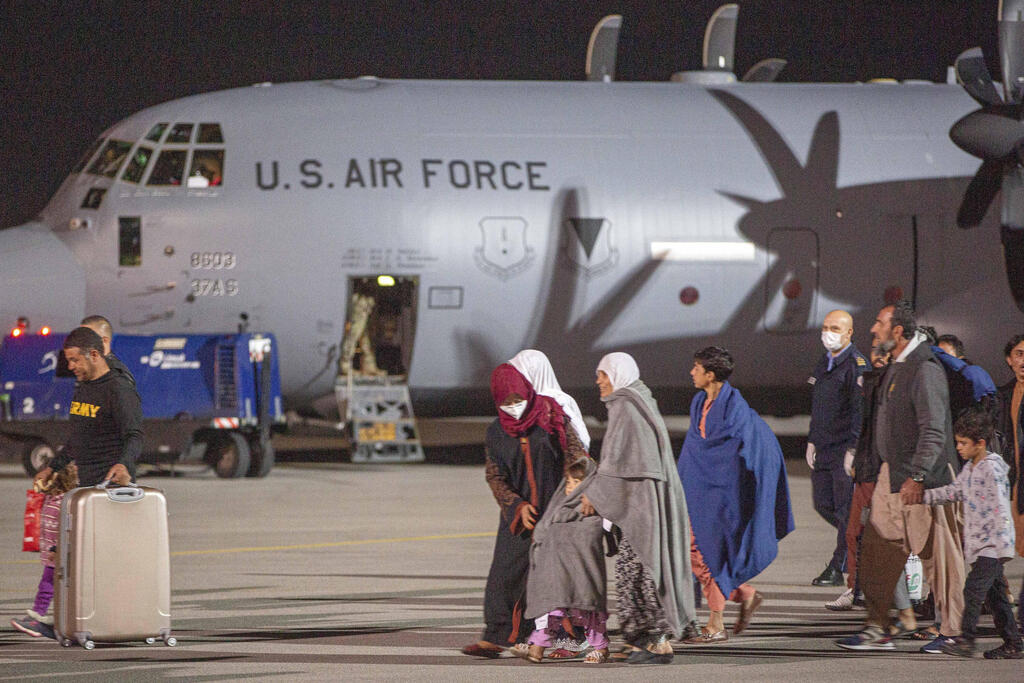 The vast majority of Afghans are young people whom the Taliban knew only from their parents’ horror stories. Thousands may have escaped on Western rescue flights, but millions will be left behind as the US completes its withdrawal tomorrow: “Our dreams were snatched before our eyes, everything was in vain.“ A gloomy future: “Every struggle of my life is in danger”

Excitement filled 20.year.old Salgi when she discovered last week that she had surpassed 200,000 other students and received the highest score on university entrance exams in Afghanistan. For many months she locked herself in her room in Kabul to study, and sometimes even forgot to eat. She got the happy results as she huddled with her family in front of the solar.powered TV. “It was a moment when I felt like someone had given me the whole world,” said Salgi, who, like many Afghans, has no last name. “My mother cried happily, and I cried with her,” she added in an interview with Reuters.

But then Salgi suddenly recalled the dramatic events of recent weeks, and those feelings of happiness and satisfaction soon became a huge concern: Following the withdrawal of American forces from Afghanistan, Taliban fighters launched an extensive occupation operation and city after city fell to record highs, until 15 August. The capital Kabul was also captured. “We are facing a very uncertain future, and thinking about what will happen next,” Salgi says. “I think I’m the luckiest and most unlucky person in the world.“

Nearly two.thirds of Afghanistan’s population – with a total population of about 38 million – are under the age of 25, and an entire generation does not remember the Taliban and its Islamist bloody regime at all between 1996 and 2001, when it was overthrown following the US and Nate invasion. “And in response to the 9/11 attacks and the Taliban’s sponsorship of al.Qaeda and its leader, Osama bin Laden. Many of the young Afghans knew the organization only from the frightening stories they heard from their parents, and saw the Taliban fighters for the first time as they began patrolling the streets of Kabul with weapons drawn.

In his previous rule, the Taliban enforced a very radical interpretation of Sharia, Islamic law: he forbade women to attend schools and universities or work in public institutions, allowed them to leave the house only accompanied by a male relative, forced them to wear the Islamic burqa covering the woman’s entire body. Foot to head, and punished by execution – including stoning – those who were accused of adultery. The organization prevented entertainment performances, banned the playing of non.religious music using musical instruments, and erased the faces of women from the public sphere.

For the past 20 years, the Taliban has waged a fierce guerrilla war against the pro.Western government in Kabul and the Western forces that aided it, killing thousands of Afghans in these battles. Since re.emerging in mid.month, the Taliban has been trying to reassure the country’s people and powers around the world and presents itself as a more moderate organization than the one that ruled Afghanistan two decades ago. Among other things, his representatives promised that they would not prevent women from studying and that they would protect their rights, and called on Afghans with professional training not to flee their country and “become dishwashers in the United States.“
In the last two decades it will disappear as if it had never existed. For example, according to the World Bank, since the end of the previous Taliban rule, the proportion of girls in primary schools has jumped from zero to more than 80%. Perhaps as part of the same persuasion campaign now being led by the Taliban, one of the senior members of his political wing, Amar Yassir, who works in Doha, personally congratulated Salgi for receiving the highest score on university entrance exams and for being admitted to a medical school. Salgi says that despite the much uncertainty now, she hopes to one day become a doctor. “If the Taliban allows women access to higher education and does not create barriers for them then that is good – otherwise the whole struggle of my life is in jeopardy.“

The Taliban, it is important to emphasize, makes it clear that it intends to enforce Islamic Sharia in the extreme way in which it interprets it, and has already announced, among other things, that music will be banned from playing in public. Crowds of Afghans – many of them like “Z Generation” Salgi born around the beginning of the new millennium – now fear for life under the organization’s rule, casting great doubt on its promises. “I had such big plans, I had such high goals that I wanted to complete in the next ten years,” Susan Nabi, a 21.year.old student, told Reuters.

“We had hope for life, hope for change, but within one week they took over the country – and within 24 hours they took away all hope. Our dreams were snatched before our eyes. Everything was in vain,” she added. Franz Pesichi, a reporter for the New York Times, testified that Afghan students who spoke to her were also looking forward to a bleak future, and that some of them repeated a familiar proverb in Dari, the Afghan dialect of the Persian language: “Our hopes and dreams have become dust.“

In a panic that accompanied the Taliban’s almost sudden takeover of Kabul and other cities in the country, Afghanistan reported that many were quick to delete from the network any documentation that they had cooperated with any of the foreign forces operating in the country. One of them is 26.year.old Javid, who asked Reuters to refrain from publishing his last name, for fear of revenge by the Taliban. He says that on the morning of August 15, when the fighters invaded the Afghan capital, he hurried back from his university to his home, where he deleted all his emails and correspondence on social media with foreign organizations and government officials, especially those from the U.S. He took the The certificates he received from various American.funded educational programs went to the backyard of his home, and set them on fire.The statuette he received as a token of his excellence was smashed on the floor.

In the last 20 years, Afghanistan has progressed across the modern world: from one Taliban.controlled radio station at the end of the previous decade and broadcasting mostly Islamic prayers and sermons, there are now about 170 radio stations, more than 100 newspapers and dozens of TV channels. Neither did the Internet and smartphones, of course, during the Taliban’s previous rule, and these give Afghans access to the wider world, an approach that is also now in danger. “It’s something we’re all used to,” says 18.year.old Elha Tamim, who has now successfully passed the university entrance exams. “We used it (on the internet) for leisure when we wanted to relax. It’s our way of finding out what’s going on in the rest of the world. I don’t want to lose it.“

In the two weeks since the Taliban came to power, there have been signs of chaos at Kabul International Airport: Tens of thousands of frightened Afghans have lined up at the port in desperate hopes of boarding one of the U.S. and other Western rescue planes, which launched an emergency evacuation of diplomats and civilians. More than 114,000 people have been rescued during the protracted struggle in the Taliban. Occupations of the Taliban: August 31, that is, until tomorrow night.

Of those left behind, many hope to escape even after the withdrawal is completed tomorrow. “If I thought that staying here would bring some hope for positive change – I would be willing, like thousands of other young people, to give up my life for that purpose,” says student Susan Nabi. “But that’s not the reality.” Yesterday, the State Department in Washington issued a statement signed by 100 other countries, stating that they had received “guarantees” from the Taliban that it would allow eligible visa holders to leave Afghanistan even after the withdrawal was completed. The Taliban has announced plans to take control of Kabul airport immediately after the departure of US forces tomorrow, and it is unclear how it will operate and which airlines will be allowed to operate there.

Meanwhile, this morning it was reported that while the rescue operation continued and recent flights take off from the port in Kabul, at least five rockets were fired at the compound. The rockets did not hit the port but in a residential area about 3 km away, and according to reports from Afghanistan there were no casualties in the incident. A U.S. military air defense system was activated to intercept these rockets. They were reportedly shot from a civilian car that later caught fire, and a U.S. source who spoke to CNN said it was likely that the people who launched the rockets were ISIS Afghan affiliates.