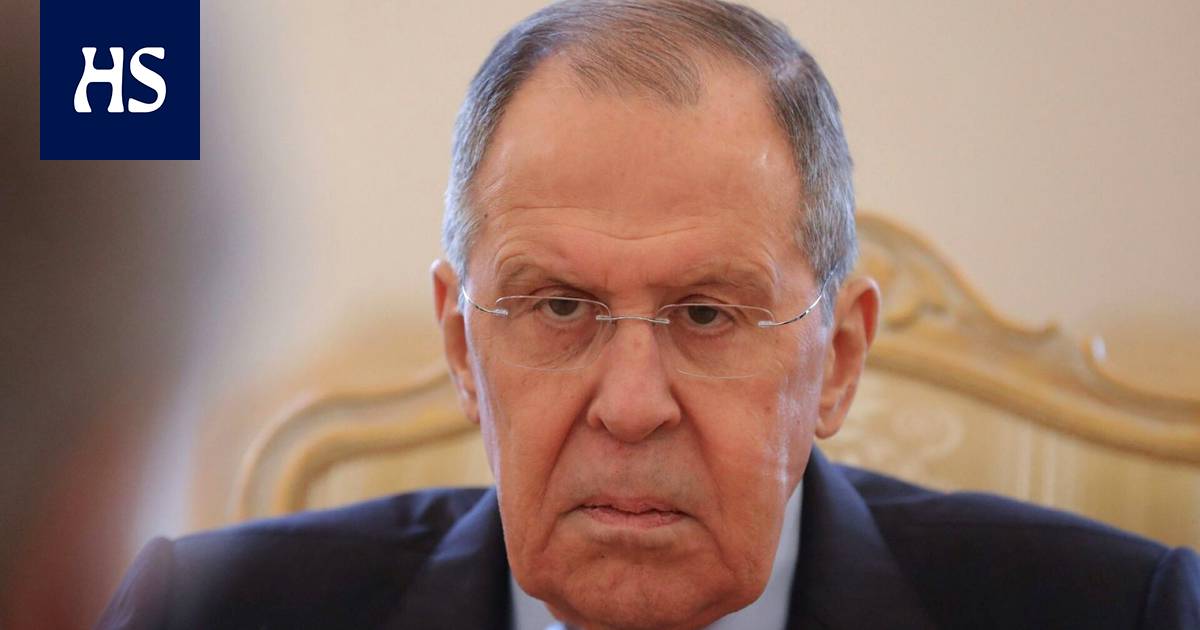 According to Israeli Prime Minister Naphtali Bennett, “such lies are meant to accuse Jews themselves of the most heinous crimes against them in history.”

Russian foreign minister Sergei Lavrov gave the Italian Rete 4 on Sunday White area interview with Italian media website is called Lavrov’s “first interview with a European channel since the beginning of the conflict”.

The conflict refers to Russia’s full-scale attack on Ukraine, which began on 24 February.

In a more than 40-minute interview, Lavrov commented on many things, including the fact that he says Russia is in no hurry to end the war in Ukraine by May 9, Victory Day.

One Lavrov’s comment has become a particularly big topic of conversation in Israel.

Lavrov was asked in an interview how Russia can claim to be trying to “denationalize” Ukraine when the Ukrainian president Volodymyr Zelenskyi is a Jew himself.

“I may be wrong, but I understand With Hitler there was also Jewish blood. Zelensky’s Judaism means nothing. Wise Jewish people have said that the most ardent anti-Semites are usually Jews, ”Lavrov replied.

Since the start of the war, Russia has accused Ukraine of genocide by the Russians and its regime of Nazism. It has claimed that the war, called a “special operation” in Russia, was aimed at rescuing the Russian population and removing the Nazis from Ukraine.

Russia’s state propaganda has long talked about how the Soviet Union saved Europe from the Nazis in World War II and how Russia is now trying to do the same. Therefore, attempts are being made to paint a picture of Russia’s opponents as “Nazis”.

The genocide of Jews by Nazi Germany, the Holocaust, killed about six million people during World War II.

Israel the state leadership was appalled by Lavrov’s comment. Jerusalem Post reported on Monday the country’s prime minister Naphtali Bennettin saying that “such lies are meant to accuse the Jews themselves of the most horrific crimes committed against them in history and at the same time absolve the oppressors of the Jews from their responsibility”.

“As I have already said, no current war is like the Holocaust or the Holocaust. The use of the Jewish Holocaust as a political weapon must end immediately. ”

“They’re also terribly historically flawed. The Jews did not murder each other during the Holocaust. The lowest level of racism against Jews is to blame Jews themselves for anti-Semitism, ”Lapid wrote on Twitter.

The Jerusalem Post says the Israeli Foreign Ministry has invited Russia’s ambassador to Israel Anatoly Viktorovin meeting to clarify the comments made by the Foreign Minister.

In Israel is home to a large Russian community that is believed to have influenced Israeli positions during the war. Israel, like most other countries, has condemned Russia’s hostilities and, among other things, voted in the UN General Assembly for Russia’s temporary removal from the UN Human Rights Council.

At the same time, Israel has sought to act as a kind of intermediary between Russia and Ukraine. In early March, Prime Minister Bennett met with Putin as the first leader after the start of the war. Western countries have criticized Israel for the weakness of its anti-Russian actions. Israel, for example, has not joined Russia in sanctions.

As early as March, Ukrainian President Zelenskyi addressed the Israeli parliament, comparing the experiences of the Ukrainian people with the treatment of Jews during Nazi Germany.

Arguments Hitler’s Jewish background is based on what Hitler’s lawyer is known for Hans Frankin memoirs. Frank’s memoirs were published in 1953, seven years after he was sentenced to death and executed for war crimes and crimes against humanity.

In his writings, Frank argued that Hitler’s unknown, paternal grandfather would have been Jewish. Numerous writings have been written on the claim and efforts have been made to investigate it even in recent yearsbut many historians have been skeptical about it.