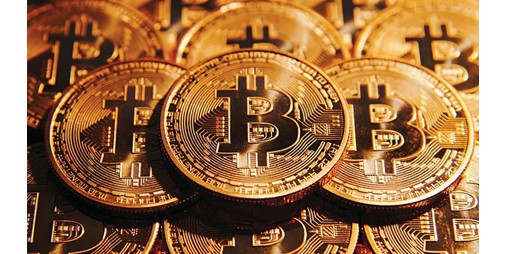 Cryptocurrencies witnessed violent declines during the month of April, due to several factors, which plunged the combined market value of currencies by 17.8%, thus recording the largest monthly losses since the beginning of this year.

Geopolitical tensions in Eastern Europe played the biggest role in putting pressure on cryptocurrencies last April as a result of the repercussions of the Russian war on Ukraine, in addition to the start of the US Central Bank to increase interest rates to fight high inflation rates, which led to an increase in the attractiveness of safe investment assets such as Treasury bonds. Account for higher risk assets such as cryptocurrencies.

At the beginning of April, the “Bitcoin” currency took a heavy blow after German law enforcement authorities, in cooperation with their American counterparts, dismantled the “Hydra” platform, the largest illegal market for sale on the darknet that serves the Russian-speaking markets.

The Frankfurt Public Prosecutor’s Office and the Federal Criminal Police Office said – in a joint statement – that “servers of the world’s largest darknet market have been confiscated and 543 bitcoins with a total value of about 23 million euros have been confiscated.”

“Hydra dominates the market because Ukraine and Russia are the largest users of cryptocurrency in the world,” Kim Groer, head of research at Chainalysis, was quoted by Bloomberg as saying.

Sales on the Hydra Market platform amounted to around €1.23 billion in 2020 alone, making it the “highest illegal market in the world”.

The secret dark web includes websites that can only be accessed using specific software, ensuring the anonymity of users.

Russia’s $124 billion cryptocurrency market is facing new restrictions as a result of measures to punish the Kremlin over the war in Ukraine, amid warnings that digital currencies could be a loophole to avoid Western sanctions against Russia.

Binance, the world’s largest cryptocurrency exchange, said last Thursday that it would limit services to Russians with crypto assets worth more than 10,000 euros ($10,885) in response to new restrictions imposed by the European Union.