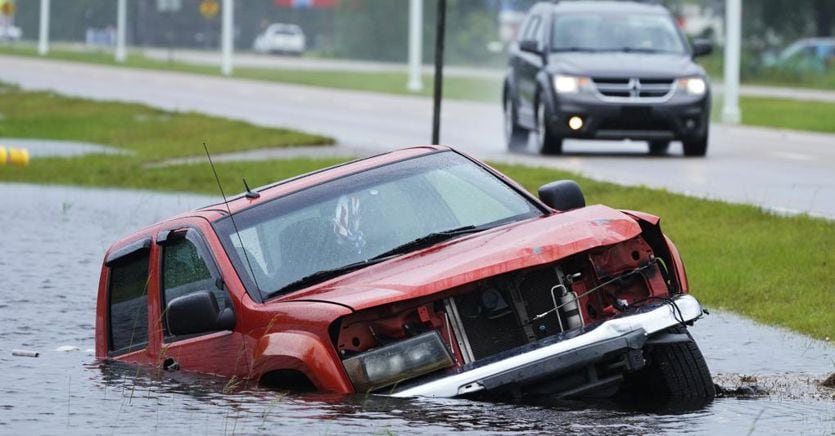 Hurricane Ida hits Louisiana with stronger winds than Katrina. A person who was hit by an uprooted tree died. The water level has already passed one of the embankments in the southeast of the state. New Orleans is in the dark, the only electricity available is produced with generators. The city is likely to be without light for the next three weeks due to the damage of what at this point already looks like the most violent hurricane that has ever hit the state. «Ida – said US President Joe Biden – is potentially devastating. We pray for the best, but we are preparing for the worst. ” Nevertheless, the hurricane loses power: it touched the ground as category 4, therefore stronger than Katrina, to be downgraded to category 3 and then to 2.

The only energy available for emergencies, right now in New Orleans, is produced by generators. Ida’s torrential rains are putting a strain on the levees built in Louisiana after Katrina. At the moment, according to the media, they seem to be holding up even if in some areas of the state the water level has risen so much that it has exceeded them. Strong winds, up to over 240 kilometers per hour, are sweeping away roofs, trees and electric poles: residents are asked to stay sheltered until further notice as many roads in the state are already inaccessible even to emergency vehicles.

Hospitals, already full for Covid, are preparing for the worst with a number of beds at a glance. The virus itself risks complicating aid: in addition to the hospitals already invaded and some damaged by Ida, the structures set up to accommodate those in difficulty operate with limited capacity to promote social distancing and limit possible exposure to Covid in one of the states that counts the lowest vaccination rate in America.

Biden: “We are already at work”

Joe Biden follows the evolution from the White House by constantly keeping in touch with civil protection. In the last few hours, the president has visited the headquarters of the Federal Emergency Management Agency, where he has invited the people in the states affected by Ida to follow the instructions of the local authorities and assured that the government is ready to help. “We are already at work. We will be there to help you get up as soon as possible, ”he said, observing how Ida is“ potentially devastating ”. In the next few hours, after the worst, it will be possible to draw up an initial assessment. Meanwhile, Louisiana and New York hold their breath, hoping that Katrina will not repeat itself.