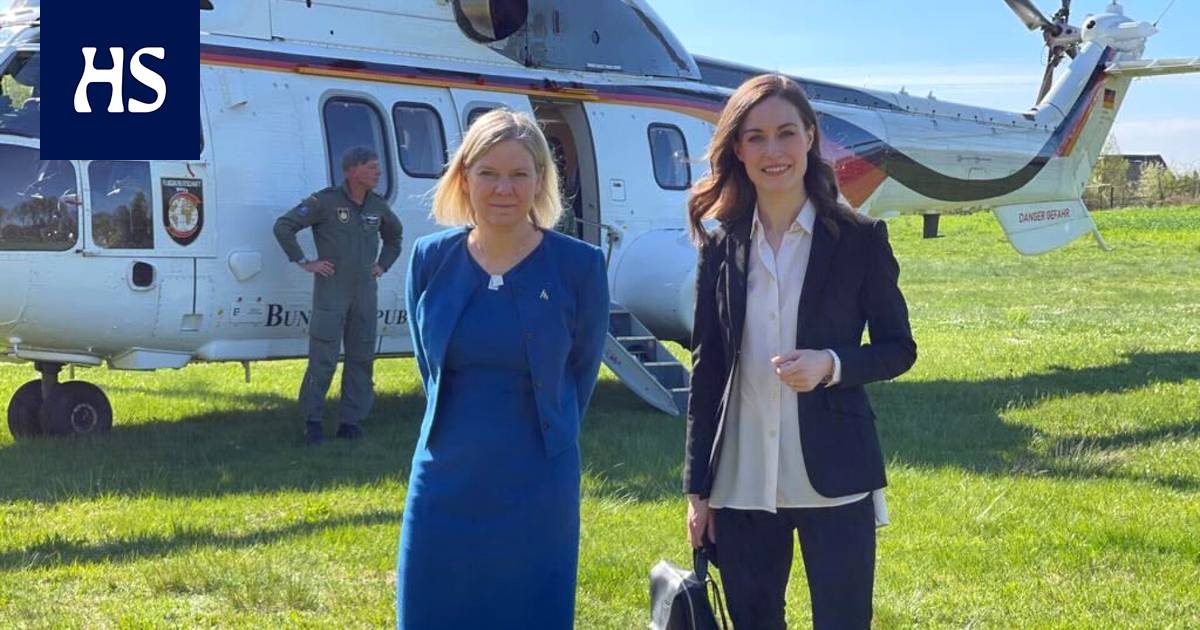 The Prime Ministers of Finland and Sweden will meet with the German government on Tuesday at Meseberg Castle near Berlin.

Finland prime minister Sanna Marin and the Prime Minister of Sweden Magdalena Andersson will visit a meeting of the German government on Tuesday at Meseberg Castle near Berlin.

The prime ministers arrived at Meseberg Castle in a joint helicopter on Tuesday morning.

Chancellor Olaf Scholz gave a brief statement to the media at the beginning of the meeting. He considered it important that the German government was now meeting to talk about the challenges posed by the crisis in Ukraine, including its economic impact on the German economic system.

Discussions with the prime ministers of Finland and Sweden concern security, especially issues important to these countries, Scholz said.

The meeting has been convened by Germany. The Prime Ministers of Finland and Sweden last met in Stockholm in mid-April.

Finland and Sweden seem to be making steady progress towards NATO membership.

Prime Ministers participate in a two-day “retreat” by the German government, which is similar in nature to the Finnish government’s evening schools, where the government discusses its future policies.

The meeting between the German government and the prime ministers will focus on the changed security situation in Europe as a result of Russia’s invasion of Ukraine.

According to information received from the HS government source, the prime ministers are likely to tell Germany at the meeting what the process of NATO membership is going on in the countries and what the climate is like.

German the government is meeting at Meseberg Castle to outline its own policy on the war in Ukraine. The impact of the crisis on the German economy will be the subject of the German government’s withdrawal on Wednesday.

The statements of both Prime Ministers and Chancellor Olaf Scholz at the meeting will be broadcast live on HS.fi starting at 1.30 pm.

So During the spring, the Finnish and Swedish governments have visited NATO member states closely and with each other. Swedish Foreign Minister Ann Linde visited last Friday In Finland, the Minister of Foreign Affairs Pekka Haaviston invitation.

Sweden has brought forward its own security policy analysis work to fit the schedule of the Finnish process. On Monday, a Swedish newspaper Aftonbladet said Sweden’s NATO decision could be completed as early as next weekend.

The President of The Republic of Finland Sauli Niinistö announces its own NATO position by 12 May. Finland’s decision to apply for NATO membership is made in the Foreign and Security Policy Committee of the President and the Government.

According to Swedish media, the Finnish and Swedish foreign ministers have also been invited to an informal meeting of NATO foreign ministers in Berlin on 14-15 May. May. The Finnish Ministry for Foreign Affairs has not yet confirmed its participation.