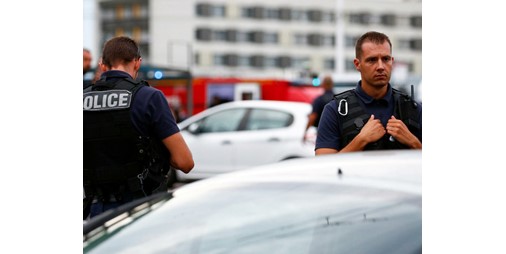 The issue of dozens of people in France being pricked in nightclubs or while attending festivals, after which they felt “nausea”, “dizziness” and severe pain, remains baffling the authorities, who have not yet been able to explain the truth of what is happening and the extent of the spread of this phenomenon, which has created a climate of Psychosis among young people.

A police source said that about sixty pricking operations have been recorded since the beginning of April in nightclubs in France.

For their part, the gendarmerie did not want to refer to figures at the national level, explaining that the phenomenon had not yet been sufficiently confirmed.

Several regions were affected by the pricking incidents, as 15 investigations were opened in various parts of France.

After returning from a nightclub in Ile de Nantes (west) in mid-April, Eloise Corneau, 21, felt “sweating, nausea, chills and dizziness”.

The health condition of the young beautician soon improved the next day, but days later one of her colleagues drew her attention to the effect of an injection on her arm from the back. She explained to AFP that the impact is “a red dot surrounded by a blue one centimeter in diameter.”

Eloise, who does not drink alcohol and does not take drugs, said that she stays up “sometimes on weekends, not weekdays”, and attributed her exposure to this prick for the evening she participated in on Saturday. “My colleagues told me to go to the hospital immediately, where I had a blood test and I was advised to file a complaint,” which the young woman did the next day, she added.

“I have to wait another five weeks before I get tested for HIV,” she said. “This wait is so stressful for me.”

In Nantes, the police have received reports of 45 pricking incidents since mid-February, according to the Public Prosecution Office. “No examination revealed the presence of gamma-hydroxybutyrate (GHB) or any other toxic substance,” Prosecutor Renaud Goodall told AFP, noting that no suspects had been arrested.

It is sometimes difficult to prove the presence of some substances in the blood, as gamma-hydroxybutyrate becomes undetectable in the blood a few hours after it enters the body.

A police source indicated that “things are different” in other French regions in terms of the manner of these incidents, explaining that some of them may be associated with sexual assaults, while others do not.

Investigators are waiting for the results of toxicology analyzes to see if the given substance is the same.

Needles or pin heads? – In Rouen (Central East), a man touched a young woman who refused to reveal her name inside a nightclub where she was celebrating the birthday of one of her friends on April 22.

“When I got home, I looked in the mirror and saw a big bruise in the middle and a red prick on the right side of my buttock,” the 18-year-old told AFP. “.

On Monday, the Public Prosecutor’s Office in Rouen opened an investigation into an incident of “deliberate violence and the use of a harmful substance with premeditation and surveillance.”

The festival season kicked off last weekend with the start of the Brentan du Bourges music festival. After detecting prick marks on nine people who were attending concerts, the Public Prosecution Office in this area opened an investigation into the “use of harmful substances.”

The governorate indicated that the source of the prickles was unknown.

“We don’t know if needles were used or if they were just pin heads, for example,” said Agnes Bungan, director of the Shir provincial governor’s office.

Noomi (23 years) explained that “the tingling caused severe pain in the groin and up to the sciatic nerve.”

The young woman, who refused to reveal her last name for professional reasons, confirmed that her friends took her to the emergency room after she felt unwell.

– “To carry out the necessary examinations” – In total, 15 complaints were filed in Béziers, including 14 related to the night of April 17-18, 2022, Public Prosecutor Raphael Ballan told AFP on Thursday.

In response to a question by Agence France-Presse, the Paris Public Prosecutor’s Office indicated that six investigations had been opened since last week in the capital into the use of harmful substances, after a number of complaints were registered.

This phenomenon is not new in Europe, as testimonies of female students who were drugged without their knowledge by injecting inside nightclubs last fall swept through Britain.

And Fred Blado from the “Aid” association that fights against HIV said it is necessary to “immediately go to the hospital emergency to get the necessary blood tests” in the event of exposure to a prick.