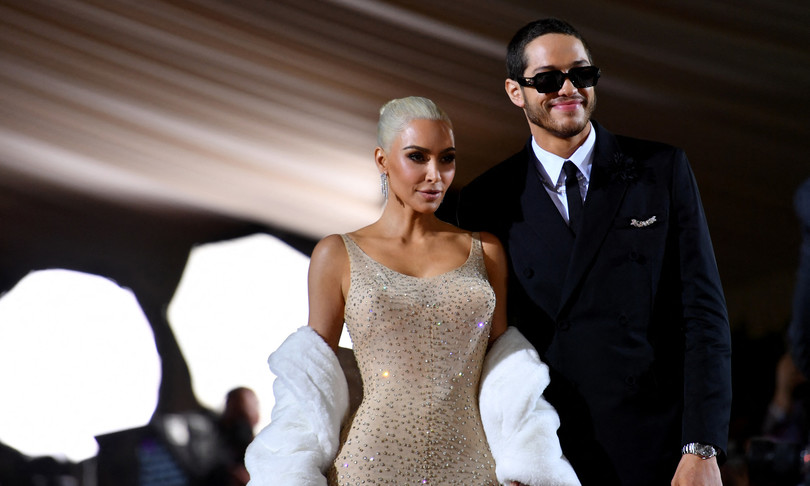 In New York it was the night of the met Gala, the New York version of the night of the Hollywood Oscars. An appointment that no one wants to miss, in the name of charity – entrances even from thirty thousand dollars, proceeds to donate – then a parade of feathers, dresses with breathtaking cuts, extreme hairstyles, colors, silks, vertiginous heels, theatrical tricks, the background of music chamber. But most of all, the return to the party, to the crowds, to meetings without a mask as if the pandemic was behind us.

It was above all to attract the flashes Kim Kardashian, who presented herself in Marilyn Monroe version with the dress that the immortal diva wore in 1962, to sing ‘Happy Birthday’ to American President JF Kennedy at Madison Square Garden. She just three months before she died.

In order to borrow Jean Louis’ creation, Kim Kardashian had to convince the Ripley’s Believe or Not! in Orlando, Florida, who bought it in 2016 for a whopping 4.81 million dollars against the original 1,200 dollars. “Kept in a vault, in the dark, at a fixed temperature of 20 degrees and with 40-50% humidity – reads Vogue – the multimillion-dollar dress was rarely separated from its muslin-clad mannequin, much less worn by someone other than Monroe ”.

“The idea came to me after last year’s September gala,” said Kardashian. “I wondered how I would have dressed to play the American theme if I hadn’t worn the Balenciaga look. And the most “American” thing that came to my mind was Marilyn Monroe ”. But getting into the role of the actress and sex symbol was not easy: the entrepreneur and face of reality TV had to lose 8 kilos and undergo 14 hours of treatment to shed her brown hair and turn it into platinum blonde.

Among the guests there was also the Italian influencer Chiara Ferragni who showed up at the event with her husband, Fedez, who was recently operated on for pancreatic cancer. Both are in black, dressed as Donatella Versace: “If Chiara from 2015 could see Chiara from 2022 she would cry with happiness, and that’s what the Met Gala means to me: hand in hand with my husband, happy and proud”, she commented on Instagram.

The influencer and entrepreneur dedicated a thought to her first presence in 2015: “If I think about that year – she writes – I only think ‘great job Chiara, for having created your own rules and becoming your own boss, taking your decisions and creating the family you’ve always dreamed of. ”

She is wearing a long evening dress with a dizzying slit, black leather evening gloves above the elbow, and black sandals with a very high heel. Him in a black tuxedo and golden lapels. it is their first official outing together, after Fedez was operated on in Milan and lost ten kilos. Donatella Versace gave them, in the hotel, a card each, in which she wrote by hand: “I can’t wait to meet you at the Met, it will be an unforgettable evening”.

He also arrived on the red carpet Elon Musk which found time for a blitz into the mundane in the days of Twitter’s tumultuous $ 44 billion purchase. Tesla founder showed up with his mother, former model Maye Musk. The last time Musk attended the New York gala was in 2018. The theme, that time, was “celestial bodies”, almost a premonitory sign in view of Mr. SpaceX’s future space challenges. Four years ago Musk showed up with his fiancée, Canadian singer Claire Elise Boucher, aka Grimes, with whom he had two children, prior to separation.

Also present was the ‘landlord’, Eric Adams, at his first social appointment as mayor of New York. His dress is a black tuxedo with a decoration on the back that depicts a gun inserted in a round prohibition sign and the phrase “End Gun Violence”, ‘let’s put an end to gun violence’, a reference to the campaign he has been involved in since from the first day of his mandate, declaring war on the circulation of weapons.

In 2022, New York saw a thirty percent increase in street shootings compared to last year. The look chosen by Adams was created by Laolu Senbanjo, a Nigerian visual artist who was already the protagonist of scenic lighting of famous New York facades, such as the Chrysler and the Empire State Building. Adams’ tuxedo also features a reference to the New York subway, with the yellow ‘N’ icon indicating the train, in memory of the attack on the ‘N’ line commuters in Brooklyn three weeks ago, when an African American with mental problems, Frank James, threw tear gas into a car and began firing a semi-automatic pistol. No deaths, by pure miracle, but more than twenty wounded. James was later arrested.

Magic of the Met Gala where everything is excessive, even upside down. Like this Russell Westbrook, one of the NBA’s most imaginative stars, the designer basketball player who likes to show up on the court wearing pajama suits and tracksuits like a mission to space, has chosen a classic tailcoat with tuba. For him, the classic is “excess”. “I was inspired by the Bridgerton TV series”, he explains at the entrance, citing a successful series inspired by the novels of Julia Quinn, set in the world of London’s high society during a utopian ‘Age of the English Regency, at the beginning of the 19th century, in where there is no racism.

Among the stars of the event, Alicia Keys, in shimmering gray Ralph Lauren with drawings homage to the Empire State Building, which seals the meaning of this event: “New York is back, this is the city of God, I am so proud of this city, capable of coming out of any emergency with resilience”. Accompanying her is her husband, music producer Swizz Beatz, wearing a rock jacket and black Yankees baseball cap. Each dress is an enigma or a quote. An unrecognizable Jared Leto makes his appearance on the red carpet, wearing a sphinx dress, pearl gray dress and peacock feathers worthy of a surreal Jack Lang movie.

The one worn by the actress Julianne Moore, accompanied by her husband, American director Bart Freundlich, is a white dress designed by Tom Fordinterpretation of the dress Jacqueline Kennedy wore in January 1963 at the National Gallery of Art ceremony. And like John F. Kennedy’s iconic wife, Moore wears long white gloves.

Sebastian Stan, the Romanian-born American actor who appeared in 2014’s “Captain America”, is wearing a shocking pink suit with amber sunglasses. Singer Billie Eilish, on the other hand, opted for a superbly fitted Belle Epoque-style dress.

Hillary Clinton also voted for the cause. “I’m here – she explains as she walks on the red carpet, with a long ruby ​​red dress – to support the museum, art, and this dress is a tribute to the great women of the American tradition”. The dress designed by Joseph Altuzarra bears the names of great protagonists of the past embroidered, from Abigail Adams, the first lady wife of the historic president John Adams, to Harriet Tubman, the African-American abolitionist.

Prima del via to the red carpet of the Met Gala, first lady Jill Biden made an appearance to the Metropolitan Museum to visit the exhibition dedicated to fashion, “In America: An Anthology of Fashion”, organized by the Costume Institute, which will receive contributions from the gala. “Our style – the wife of President Joe Biden said in her public speech – expresses things that cannot be translated into words. We reveal and hide what we are through symbols and shapes, colors and cuts, and with us those who create them. “.

Could not miss Sarah Jessica Parker, in great shape and dress with hat and veil. And then not included in the guest list Anna Wintour, the most feared journalist of the New York jet setwho showed up wearing a queen’s tiara, she who is considered the ‘queen of glamor’.

Finally, the parade of other women, protagonists with their clothes: like the American actress Vanessa Hudgens with her Moschino skirt, the English actress Gemma Chan with a Louis Vuitton bag, who signed the singer’s white skirt and cloud hat Grammy-winning British Cynthia Erivo, while model Evan Mock broke away from everyone, sporting a creamy white suit. Among the guests check the young talent Kodi Smit-McPhee, seen in “The power of the dog”, with an extravagant look: long red evening gloves, and rings, on an eighteenth-century white shirt. “This is an evening where glamor – he explains – is in the mood, so I adapted to the climate”. Followed by the designer Tom Ford, in classic tailcoat and white gardenia.

There is no electrifying atmosphere that gave Lady Gaga’s arrival in 2019, but there is expectation for the next arrivals, while on Fifth Avenue, hundreds of teenagers scream to attract the attention of the stars, as if it were Hollywood. Noteworthy is the dress covered with rhinestones and pink feathers by Wendi Deng Murdoch, ex wife of Ruper Murdoch, dressed for the occasion by Giambattista Valli.

The pompous style of Marie Antoinette dominates everywherefrom which Autumn de Wilde, director and photographer, stands out, one of the artists who created the scenography for the celebrity party, and who presented herself wearing an Oscar Wilde-style wide-brimmed hat, with a walking stick and a sparkling duster.

Feathers for singer Kacey Musgraves. Grammy-winning Jon Baptiste, flawless in a tuxedo, improvises an a cappella song in front of the interviewer. The New York gala is confirmed as one of the most important in America and also the most concrete ones in raising funds: in 2013 9 million dollars were raised, the following year 12 million. This year, we’ll see.