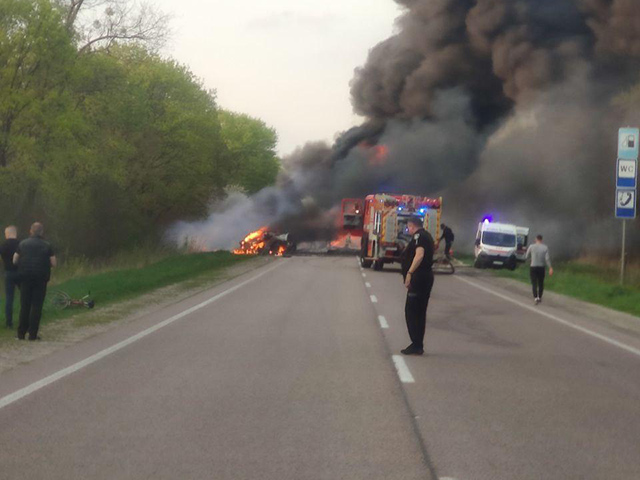 An accident involving a fuel truck and an intercity bus occurred on the Kyiv-Chop highway in the Rivne region. Both vehicles caught fire after the collision.

The press service of the national police reported that at least 16 people died as a result of an accident near the village of Sitnoye. Six people were injured.

Rescue services are on the scene.