Race to four for the presidency in Calabria, center.left split 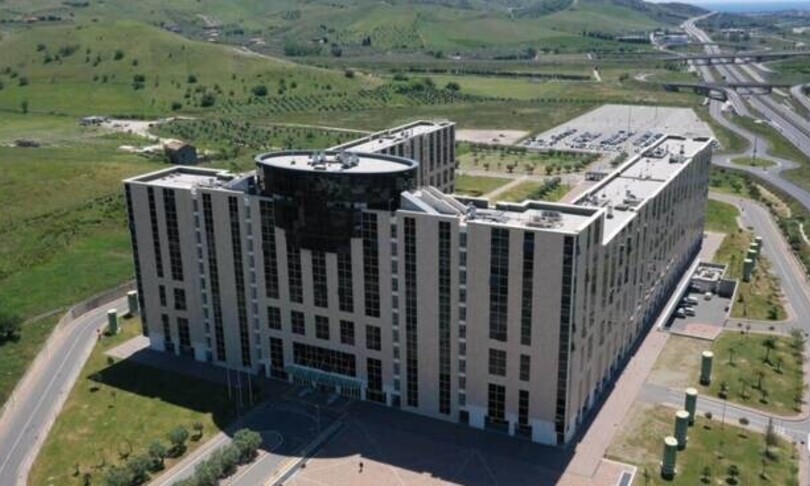 – – Roberto Occhiuto, Amalia Bruni, Luigi de Magistris, Mario Oliverio. One of them will be president of the Calabria Region after the elections of 3 and 4 October next. The Calabrians will return to the polls after just over a year due to the premature death of Jole Santelli, elected on January 26, 2020 with 55% of the vote.

Since the death of the governor, which took place on October 15 of the year after just 9 months of government, the management of the regional government is in the hands of Nino Spirlì, vice president of the League, which the center.right proposes in a ticket with Roberto Occhiuto, leader of Forza Italia at the Room. The lockdown and the health emergency have postponed the elections to be held, therefore, in conjunction with the administrative elections by a few months.

The torments of the center.left

The Calabrian political landscape sees a united center.right competing against a fragmented center.left. If Occhiuto enjoys, in fact, the full support of all the center.right forces, including the Brothers of Italy, different souls are facing each other in the opposing camp.

Amalia Bruni is at the head of a coalition centered on the PD.M5S axis. The neurologist from Lamezia Terme (Cz), known for the Alzheimer’s research of her neurogenetics center, was chosen after the resignation of Maria Antonietta Ventura, an entrepreneur who threw in the towel after a few days due to a legal case that has involved his company, operating in the railway procurement sector, in Puglia.

Before the name of Amalia Bruni united the two main parties of the center left, other hypotheses of candidacy had been advanced, first of all that of Nicola Irto, of the PD, former president of the regional council, sunk by the vetoes of the Cinquestelle.

On the left is the presence of the mayor of Naples, Luigi de Magistris, with his DeMa movement. Former prosecutor in Catanzaro, where he was the protagonist of sensational judicial inquiries, the first citizen of the Campania capital has solid relations with Calabria.

His wife, Maria Teresa, is from Catanzaro and in any case the former magistrate enjoys a personal consent linked to his activity as a magistrate. In support of it there are seven lists expressing the radical left and civil society. Among the supporters of de Magistris, the former mayor of Riace, Domenico Lucano, known for his initiatives for the benefit of migrants.

Along the way, de Magistris lost Carlo Tansi, former head of the regional Civil Protection who at first ran autonomously for the presidency. During the electoral campaign, personalities and differences of views with the mayor of Naples led him to break the alliance and bring his movement, “Tesoro Calabria” into the coalition of Amalia Bruni. Complicating the run of the latter is the candidacy of Mario Oliverio, former governor.

Historical exponent of the PCI.PDS and then leading protagonist in the PD, Oliverio he maintained a critical attitude towards his party after he was given the well.served in favor of Pippo Callipo, an industrialist in the agri.food sector, at the end of his five years at the helm of the Region. Beaten by Santelli, Callipo threw in the towel after a few months also from the role of opposition leader. Hence Oliverio’s frequent forays into the political debate and criticism of the PD’s “top.down” management culminating in the decision to take the field independently.

Oliverio enjoys personal consent, but the line.up of his loyalists dwindled. Two outgoing councilors, Giuseppe Aieta and Antonio Billari, considered genuine Oliverians, have passed arms and baggage in the coalition that supports Amalia Bruni. Many observers now believe that Oliverio can take a step back. Just yesterday the former president launched yet another appeal to recompose the center.left alignment. From the race, in recent months, the senator of Italy Viva Ernesto Magorno, who had announced his solitary candidacy withdrawn after a few days, withdrew.

Whoever is the winner in the final count will have to face the historical Calabrian emergencies, from the presence of the ‘Ndrangheta, to work and health crushed by debt and structural deficiencies, in addition to the environmental one in a region that passes in a few hours from the scourge of fires to that of flooding after a few hours of rain.

The ‘Ndrangheta is the stone guest of every election, as evidenced by the frequent involvement, recorded over the years, of regional councilors in the inquiries of the judiciary. Some lists have been subjected to scrutiny by the anti.mafia commission, which has not yet officially expressed itself on the presence of any “unpresentable”, or candidates with suspicious ties. The committee’s opinion is not binding, but it will weigh. Not all parties have decided to submit their candidacies for evaluation by the parliamentary body chaired by Nicola Morra, elected to the senate under the symbol of the Cinquestelle Movement. Only 11 lists sent to the commission. The response, according to what – learns, will arrive on Wednesday. According to rumors, seven names of characters considered questionable have been identified.