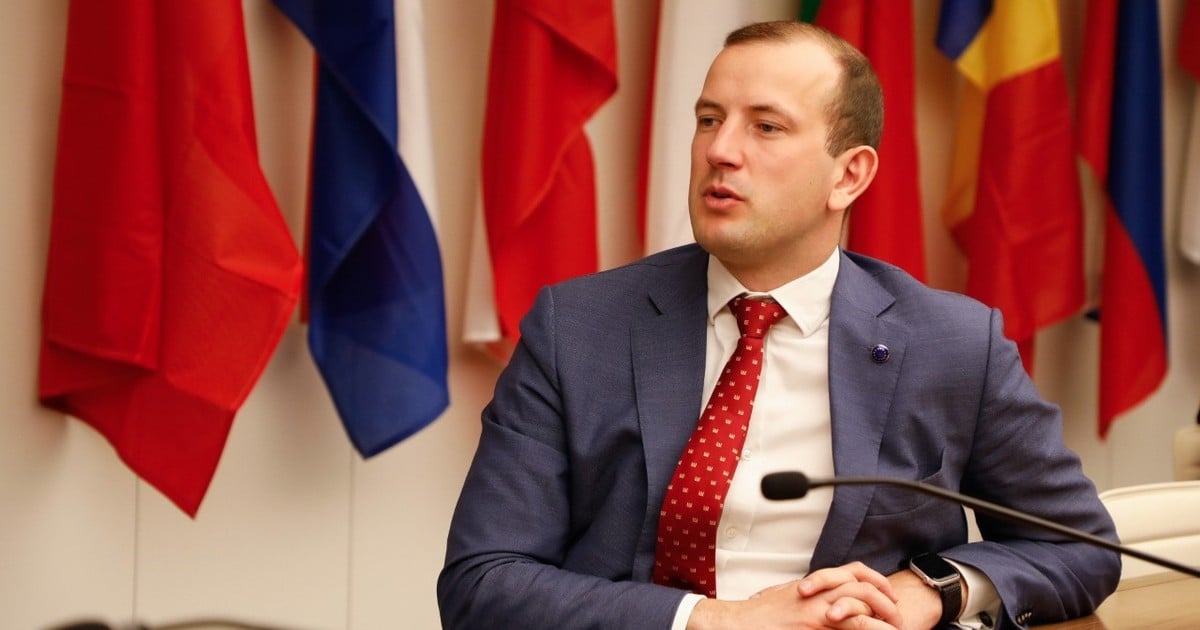 “Clearly, we cannot depend on Russia. We cannot trust Russia, a nuclear power that is committing war crimes.” Virginijus Sinkevičius it is categorical. The Commissioner for the Environment, Oceans and Fisheries of the European Commission stresses that, while Moscow continues to bomb entire cities in Ukraine, the world, and especially Europe, must stop buying gas and oil from them. And speed up the transition to clean energy.

Visiting Buenos Aires as part of a tour that also took him to Colombia, Brazil, and which ends in Uruguay this Wednesday, the Lithuanian Sinkevičius spoke with Clarion between a series of meetings with Argentine government officials, such as the Minister of Agriculture, Livestock and Fisheries, Julián Domínguez, and Foreign Minister Santiago Cafiero.

In Brazil and Colombia he also had a full agenda, largely focused on visiting the Amazon, where he was able to verify that “deforestation continues to advance” and this year another record may be reached.

There he debated a series of projects tending to stop this aggression against the great lung of the planet.

“The idea is to stop buying raw materials derived from deforestation. In particular, we focus on six activities: livestock, wood production, cocoa, coffee, soybeans and palm oil,” explained the official, former Minister of Economy of Lithuania.

Here in Argentina, on Monday, he toured the Beagle Channel and the waters off Tierra del Fuego, where he focused his attention on marine protected areas and projects for the protection of the sea surrounding Antarctica.

Argentina and the war in Ukraine

But among his priorities was also to talk with Foreign Minister Cafiero about the Argentine position regarding the war in Ukraine.

-What is your opinion about Argentina’s position?

-Argentina was clear in its position in the United Nations Human Rights Committee, where it voted in favor of excluding Russia. We cannot let a country that is killing innocent children and citizens every day participate in the Committee.”

-International commitments on the environment, especially the agreement signed last year at the Climate Change summit in Glasgow, Scotland, were left in the background when the eyes of the world are focused on the war in Ukraine…

-When there is loss of human life and war crimes, it is logical that the political agenda and the media agenda is centered there. But the climate crisis has not stopped, and we must not stop paying attention to it. In fact, there are actions underway, but today they are not so visible.

-The great debate today in Europe is how to stop depending on Russian oil and gas imports. Many countries still do not dare to stop buying from Moscow because they have no alternatives…

-The war showed that we must abandon this dangerous dependence on Russia and we must accelerate the transition to green energies. We cannot trust Russia. We must diversify energy sources and the governments and the European Union are working on that.

– And how could it be achieved?

-We have the goal of reducing Russian gas consumption by two thirds this year, and surely by the beginning of next year we will be able to replace it by one hundred percent. A sixth round of sanctions against Russia may include energy. It is clear that this cannot be done overnight, but we are on that path. We cannot sacrifice the defense of human rights and the protection of the lives of innocent citizens for a mercantilist reason. That is why we are reinforcing projects for the use of biogas and other alternative energies.

“We cannot sacrifice the defense of human rights and the protection of the lives of innocent citizens for a mercantilist reason.”

– What perspectives do you have regarding the war? Will it be a long-term conflict, as many analysts and experts are already suggesting, or do you see any possibility of negotiation?

-The only way out would be an immediate ceasefire in order to start peace negotiations. But honestly, I’m not optimistic. Russia is brutally killing civilians, raping and committing other atrocities. We have seen it in Bucha and in Mariupol. A key industrial city, like Mariupol, was totally destroyed, it no longer exists. Our clear mission must be to help Ukraine, its citizens who lost everything, create humanitarian corridors.

– Do you think that Russia at some point will be willing to talk?

-It is clear that Russia has no intention of negotiating. The Ukrainians did not wake up on February 24 thinking that they were going to be attacked. They got up to go to work, to study, and Russia just invaded the country and started attacking. It is evident that the Russian government had an objective, which it did not achieve, so now what it seeks is to surround the country, invade other eastern regions, as it did years ago with Crimea. Moscow’s speech is absolutely cynical. How can we expect to have conversations with a government that every day destroys houses, infrastructures, kills innocent people, that violates international law?

-The situation then will be worse and worse, according to your eyes…

-This war, without a doubt, is going to have repercussions in which world we are going to live. The climate crisis does not stop, and we have to discuss this. But now we must stop the loss of human life and the war crimes that are being committed on Ukrainian territory.