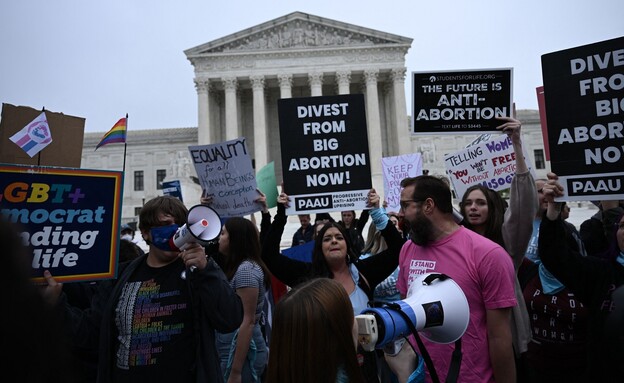 U.S. Supreme Court President John Roberts confirmed today (Tuesday) that a draft of the leaked decision that Supreme Court justices would overturn the ruling that allows abortions is true. However, Roberts argued that the draft does not reflect a court decision or whose final position From the judges.”Yesterday, a news site published a draft decision in a court case,” Roberts wrote in a statement circulating to the U.S. media.

“This is an extraordinary and blatant violation of trust in the court and its employees,” Roberts continued. “I instructed the court officer to open an investigation into the source of the leak. If the move is intended to undermine the integrity of our actions, then it will not succeed. The work of the court will not be affected in any way by the leak.”

Finally, he praised the staff of the court, perhaps to point out how unusual such a leak was: “We in the court welcome the staff, lawyers and other staff, all very loyal to the institution and dedicated to the rule of law. On the court’s trust. ”

This morning, the Politico news site reported on a draft pending in the U.S. Supreme Court. It is a draft decision by Supreme Court Justice Samuel Alito, according to which Washington judges are expected to overturn the historic ruling “Row v. Wade,” which prohibits enacting laws prohibiting abortions.

The official verdict of the judges in the matter is expected to be received only in two months. According to the publication, at least 4 conservative judges support the decision compared to 3 judges who oppose. At this point, it is not yet known whether Conservative Supreme Court President John Roberts will support the decision. All three justices appointed by former President Donald Trump support the decision, according to the draft. Following the publication, masses demonstrated outside the walls of the Supreme Court in Washington and chanted slogans against the expected decision.

One thought on “President of the United States Supreme Court: Draft decision is correct”