Demand for frenulumotomy for infants 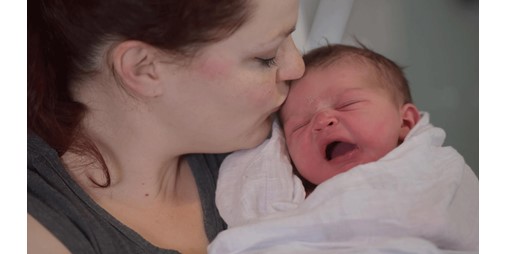 Despite the increasing demand from parents to perform surgeries for their children’s tongues that are supposed to facilitate breastfeeding, the medical community is suspicious of this approach, which is encouraged by specialists who do not have sufficient qualifications in this field, and considers this process to be largely ineffective.

At the end of last April, a statement by the French Academy of Medicine, the body that expresses opinions that expresses the medical consensus, was surprised by the “amazing increase in France and in the world of frenulumotomy” in infants.

This technical term means performing operations with a scalpel or a laser technique under the tongue to incise the frenulum that connects it to the bottom of the mouth, in order to give it greater freedom of movement.

And the Academy of Medicine considered that these operations “may pose a risk to newborns or infants,” and came after a number of pediatricians, ENT specialists, and speech therapists expressed in a joint statement their concerns about them at the beginning of the year.

The Academy, as well as the doctors’ statement, noted that an increasing number of parents are resorting to performing these operations for their children, even though they are not useful in most cases.

Virginie Rigor, a pediatrician at the Parisian Necker Hospital, told AFP that this trend “started in the United States and Canada and then spread.” The fivefold increase in frenulum incisions in Australia over the last ten years showed the growing demand for it in English-speaking countries.

– A simplistic solution – The French doctors indicated that they sensed from their examinations that this trend had reached France, without having accurate statistics in this regard. Dr. Rigor said it was “not new” but started “years ago”.

One thought on “Demand for frenulumotomy for infants”