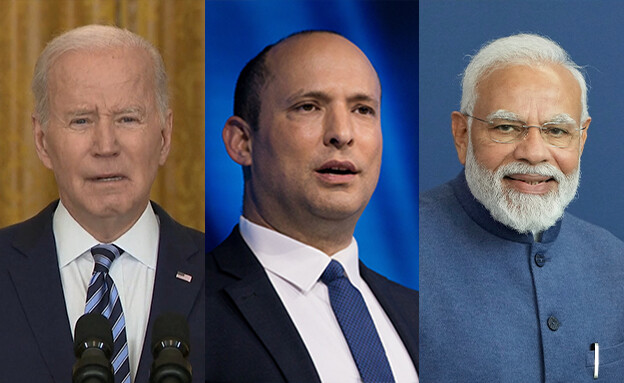 “We will be grateful forever”: As part of the Outstanding Ceremony held today (Thursday) at the President’s House, emotional greetings were broadcast by world leaders in honor of the 74th Independence Day of the State of Israel. Among the greeters are US President Joe Biden, German President Frank-Walter Steinmeier, Indian Prime Minister Narendra Modi and Hellenic Republic President Katrina Sclaropolo. Watch Best wishes.

US President: “Proud to stand by Israel today and always”

US President Joe Biden greeted: “President Herzog, in my honor to send the best wishes of the people of the United States to the 74th birthday of the State of Israel. Close and long-standing friendship between our countries began as soon as the United States became the first country in the world to recognize “Israel as an independent state, only 11 minutes after its establishment.”

“In 74 years of progress and partnership, we have achieved a great deal together. From collaborating in groundbreaking scientific and technological research to creating new regional ties that will ensure Israel’s security,” Biden added. “The partnership between Israel and the United States was essential for the United States, and I believe for Israel as well. The ties between us are strong and I am proud to stand by Israel today and always. Happy Independence Day!”

German President Frank-Walter Steinmeier said at the beginning of his greeting: Mr. President, dear friends of Israel, in honor of Israel’s 74th Independence Day and on behalf of the citizens here, I send you my best wishes. “74 years ago, Theodor Herzl’s dream of a homeland for the Jewish people came true – in recognition of the heavy historical guilt over the Nazis’ crimes against the Jewish people.”

“We, the Germans, feel deep excitement from the friendship with Israel for this unique and new trust,” he stressed. “We will be grateful forever. Enjoy your celebrations and good luck.”

President of the Hellenic Republic: “Best wishes to our friends in Israel”

The President of the Hellenic Republic, Katrina Sclaropolo, said in the photo greeting that “on the occasion of this joyous occasion, we are happy to join you – marking 74 years of independence, almost a year and a half since the establishment of the State of Israel. Best wishes to our friends in Israel.”

PM Olmert: “My warmest wishes to our friend”

Indian Prime Minister Narendra Modi greeted: “On behalf of the government and the people of India, I extend my warmest wishes to all our friends in Israel.”

Japanese Prime Minister: “70 years to establish diplomatic relations between us”

Prime Minister Pomio Kishida emphasized that “I congratulate Israel from the bottom of my heart on the occasion of the 74th anniversary of its independence. Japan and Israel are celebrating 70 years of establishing diplomatic relations. I wish Israel continued development and happiness for all its citizens.”