Taliban in victory march at Kabul airport: “We will be nice” 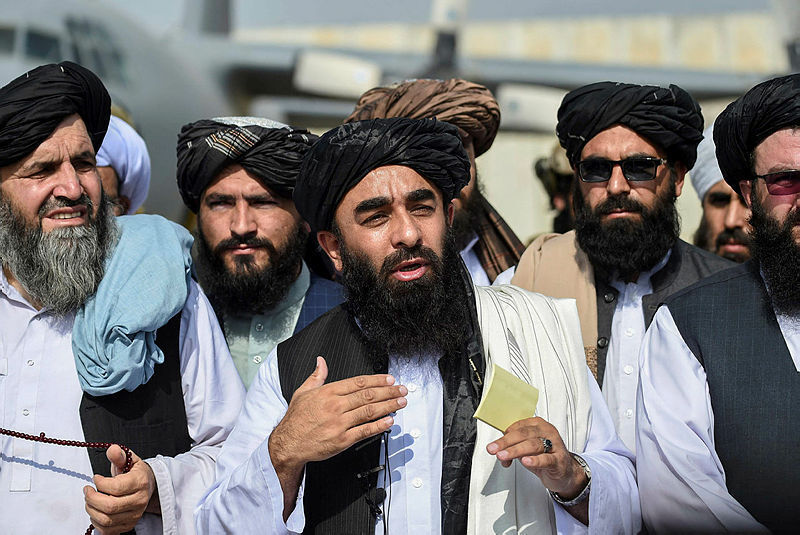 The last of the American soldiers has left, and in Afghanistan this morning they awoke to a new.old era in which the Taliban are in power. Senior members of the terrorist organization arrived at the airport, accompanied by fighters who will now secure the place: “This is a historic day.“ The moderate messages continued: “Happy people, we have brought peace. We want good relations with the United States.“

Afghanistan has awakened this morning to a new.old era: after 20 years of war, American troops have left the country – and the Taliban completely control it. Tonight, hours after the last of the foreign troops took off from Afghanistan, the Taliban began celebrations: its fighters fired into the air as a sign of joy, and fireworks were seen in the Kabul sky.

This morning, senior Taliban figures arrived for a victory parade at the airport in the Afghan capital, accompanied by fighters from the Islamist terrorist organization. “This is a historic day and a historic moment,” Taliban spokesman Zabihullah Mujahid said with a wide smile on his face. “We are proud of these moments. We have liberated our country from a great power.”

On August 15, after the Taliban entered Kabul, a mass influx of Afghans and foreigners began to the Hamid Karzai International Airport. Crowds tried to board the rescue flights, and civilians were crushed to death within the crowd. More than 122,000 people have taken off on Kabul rescue flights since the middle of the month.

Kabul International Airport was once one of the most secure sites in Afghanistan. Reporters who arrived at the port today noticed the destruction of the terminal, and bullets at almost every entrance to the place. A group of Afghans arrived at the eastern gate trying to enter the port, hoping to board any plane that would take off. Rescue flights from the U.S. and other countries have ended, and there are currently no commercial flights taking off from the port.

This morning – after two chaotic weeks at Kabul airport – and a deadly ISIS terrorist attack last week – the port was fairly quiet. Panic scenes were replaced by victory photos of the Taliban.

The Taliban’s Special Forces Unit, Badri 313, accompanied senior Taliban on the victory march. Badri 313 fighters are now securing the port, following the departure of foreign forces. They were photographed waving American rifles and waving the white flag of the Islamist terrorist organization. Taliban fighters drove senior members of the organization in a convoy of vehicles to the port, and senior officials later marched on one of the runways.

The United States has said it has not been able to evacuate all U.S. citizens from Afghanistan. The U.S. has suspended its diplomatic activities in Kabul and relocated diplomats to Qatar. Referring to future relations between the U.S. and the Taliban regime, Linken said the Taliban “will have to gain” its legitimacy.