“The state is indebted to us, I’ll see Draghi” 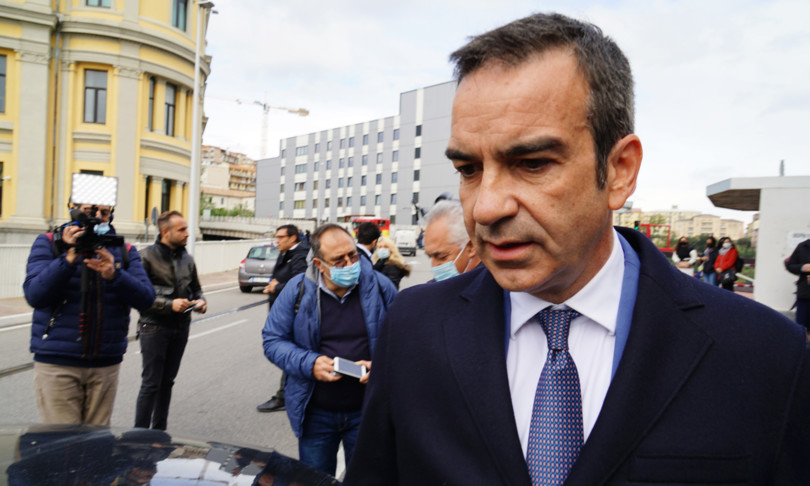 “Calabria boasts an extraordinary credit towards the national government. What I hope is that you will finally want to compensate it “.

Roberto Occhiuto, exponent of Forza Italia and president of the Calabria Region since last October, is determined.

He first met the national leaders of the union with whom he defined the five key points that can trigger Calabrian development, then he finalized the agenda with the regional secretaries of CGIL, CISL and UIL, and finally collected the unanimous consent of the Regional council on the platform to bring to the attention of the national government which includes the completion of the state road 106, the high-speed railway, the port of Gioia Tauro and the Zes, recruitment in health care and the de-bureaucratization of investments in alternative energy.

The governor counts a lot on the support of the main trade union centers. Speaking with the AGI, he also reveals that he hopes for a short meeting with Prime Minister Mario Draghi, although, he is keen to specify, relations with the ministries are constant and daily.

Calabria intends to ask for the right attention, aware of being able to claim its rights, but also of having to get on track, for example in spending funds for health.

From the 1970s onwards, each successive government at the helm of the Region has attempted a dialogue with the central authority, bringing home meager results.

Why should the “Calabria dispute” be seriously considered this time?

It is not the first time that this has happened to my regional council because, during these months, the contact with the government has been constant and on many occasions even profitable. For the first time, now, the confrontation takes place together with the trade unions, regional and national. It is the demonstration of the fact that the regional government is perfectly aware of the fact that the great objectives, the most ambitious ones, are obtained with the contribution of all social actors, trade unions, employers’ organizations and I am very satisfied with the sensitivity that the regional secretaries of CGIL, CISL and UIL and also of the availability offered by Landini, Bombardieri and Sbarra.

I have said on more than one occasion that among the many problems of our region – which however also has many opportunities – I have found a strength in the quality of trade union representation. I have no difficulty in recognizing that union representation does not pursue old corporate conservation models but has a capacity for problem analysis and is able to look at the perspective of the region.

Will there be a meeting with the government soon? The president assures that contacts with Rome are constant.

I have meetings with ministers every week, I would like to meet Draghi in the coming weeks, but the meaning of the Calabria dispute that we have opened together with the national trade unions is to demonstrate to the government that not only regional policy, but all of Calabrian society is asking for a supplement. attention on infrastructures and therefore on state road 106. We expect that in the infrastructure annex to the Def this work will be qualified as strategic for the whole of Southern Italy and for Italy and that additional resources will be allocated to it. I asked for at least another three billion in funding. We also expect this work to be financed with a rule in the next budget law, as has been done for high speed.

Together with the whole Calabrian society we ask for a supplement of attention with respect to the Zes areas of Calabria and in particular to that of Gioia Tauro. What is happening in the world as a result of this tragic and insane war determines a profound change in the logistics and transport routes of goods, and assigns the port of Gioia Tauro an even more important role than it has had up to now. Calabria can therefore be Europe’s gateway to the Mediterranean.

Today the Mediterranean, which has always been forgotten by national governments, becomes the part of the world to which our country must look with more interest. And Calabria can play an important role in this direction. We also ask for a supplement of attention to health, because 12 years of commissioner management, due to the errors that politics, center-right and center-left, made before the commissioner, have destroyed Calabrian health.

The government needs to be close to us and give us the necessary support. Calabria has gained an extraordinary credit towards national governments and we hope that this government knows, it wants to start compensating Calabria.

We know that we have strategic infrastructures on our territory such as the port of Gioia Tauro; we know we have important opportunities like the Zes, we know that Calabria is a mine for the production of renewable energy.

In this regard, explains Occhiuto, the Region asks the government to speed up the procedures for the regasification plant in the Gioia Tauro area “which would allow, through the cold plate, also to create a huge, very important agri-food district. So we ask the government not welfarism or only resources We ask that we make ourselves realized, in the right time and in the right ways, what past governments have prevented from being done in Calabria.

It seems to me that there is a good climate, because there is a regional government that is showing determination, there is a Regional Council that unanimously asked the government, without political differences, to take an interest in the issue in 106 and there is a convergence also on the part of society, that which lives outside the political palaces, but which represents the interests of citizens together with the institutions “.

On the regasification plant, in recent days, the mayors concerned, in particular that of San Ferdinando directly interested in the plant, have expressed doubts due to the fact that they were not involved in the project.

I just asked my offices to invite the mayors from the Gioia Tauro area and the Metropolitan City to a meeting next week to discuss the waste-to-energy plant. That will also be an opportunity to discuss the regasification plant which is a very important opportunity because it would allow us to produce a third of the gas that Italy currently imports from Russia and to have a cold platform useful for storing half of the frozen products consumed. in Europe, therefore, it is also an opportunity to develop the retroport area. I believe that there has never been a regional government that has invested so much effort and time in the Gioia Tauro area. This is because in my opinion it is the part of the region that can drive the development of the whole of Calabria.

Occhiuto also reassures entrepreneurs on the ability to exploit available resources. The president of the regional union of industrialists, Aldo Ferrara, in recent days, recalled, speaking with the AGI, that there are 10 billion euros, between Por and Pnrr, to be spent for Calabria, wondering if the region is capable to use them.

The president of the Union of Industrialists says something very right; several times we have discussed it with him and, together with him, on some occasions, with the president of Confindustria, Bonomi. Calabria, but above all the municipalities of Calabria and the South, do not have the administrative capacity to plan the interventions of the NRP. I have said several times that our country has arrived late for the appointment with the PNRR.

It is as if, thanks to Europe, we had filled entire wagons with resources without first making the tracks. I have asked the government several times to give us the possibility, through the Cassa Depositi e Prestiti or the Cohesion Agency, to help the municipalities. A few months ago the regional government proposed to the Council, which approved it, a reform of Fincalabra (the regional finance company, ed), to make it a technostructure that, by hiring engineers and architects and also acquiring design from the outside, can help the municipalities to plan the interventions and implement them. Unfortunately, these are all activities that we are doing in the running, but the risk is there; our task, however, is to seek solutions to minimize the risk, to ensure that these resources are spent, but above all that the works referring to these resources are carried out.

The high speed is among the points of the dispute together with the 106, the Zes, the port of Gioia Tauro and health. In recent months, Occhiuto has expressed fears about the existence of necessary financing. Will the president ask the government for further clarification?

I have already done this in the past few months. As soon as I took office, I studied the practice and wrote to Draghi pointing out that the high-speed railway is financed for 1 billion 800 million from the Pnrr, for another 9 billion from the complementary fund. There are 10 or 12 missing. I asked that there can be certainty about this strategic work. I must say that Minister Giovannini and the government as a whole have assured me that high speed is a strategic work, so the resources will be there.

However, the mother of all battles remains open: healthcare. Occhiuto, president of the Region and commissioner, has long rolled up his sleeves.

We will have to do a great battle in the next year to achieve some sort of equalization. In recent years, the commissioner has determined a condition in which in the other Regions investments were made in health systems through residues of health care, through recruitment. With us everything has been stopped, blocked, and in the next few years we will have to ask the government to review the capital share of the regional health fund, integrating it with the resources needed to make up for lost time and also evaluating the deprivation index. In regions like ours, where there are structural conditions of poverty, the health service must take into account the fact that health needs tend to be higher. It is a battle that we will have to do.

First of all, however, we will have to demonstrate that we know how to spend the resources that already exist. I have programmed tens and tens of millions of euros that were lying in the rooms of the Health Department of the Region that no one had planned in recent years. I found in the budgets of the health agencies, and this is also contested by the vigilant ministries, of the amounts set aside and not spent. So, obviously, net of the increase in the regional health fund that we must have, today we must demonstrate that we know how to spend the resources that the commissioner managements have not spent in recent years. There is an obvious problem of managerial deficit because if resources are set aside in the budgets of health companies and then the services are not provided, it is a sign that something is not working.