The Garden Parties return to Buckingham Palace but without Elizabeth II 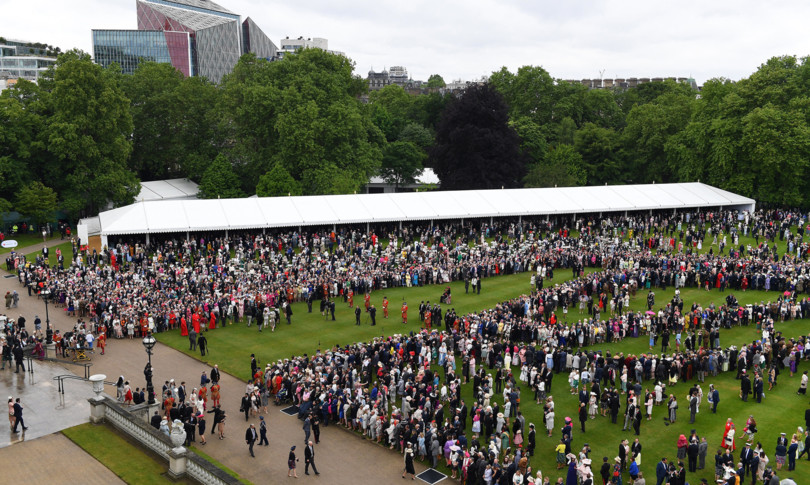 Inaccessible to the public for three years due to the pandemic, the famous ‘garden parties’ will return from next Wednesday at Buckingham Palace but for the first time without the participation of Queen Elizabeth.

Official sources of Buckingham Palace have announced this, specifying that members of the royal family will replace the queen at the traditional summer garden parties, the details of which will be announced from time to time.

The next appointments on the agenda will be for 18 and 25 May, while on 29 June the garden party open to the public will be held at the palace of Holyroodhouse, the official residence of Elizabeth in Edinburgh.

Usually more than 30,000 people are invited to Buckingham Palace or the Palace of Holyroodhouse each year in events organized to recognize and reward the service of citizens in favor of the community.

Invited guests are nominated by a network of sponsors including lords, lieutenants, government departments, the military and religious groups.

Under a well-tried official protocol, guests walk through the palace gates at 3pm while royal guests arrive an hour later and the national anthem is played by a military band. The hosts circulate among the guests and the attendees are randomly introduced to give them the same chance to speak with a member of the royal family.

Elizabeth II, who celebrated her 96th birthday in private on April 21 at Sandringham Castle has significantly reduced its public commitments in recent months, mainly due to motor problems.

A very important anniversary for the British royal family and Great Britain which will be celebrated for four days, from 2 to 5 June.

The precise date of the Jubilee dates back to last February 6 – the same day on which, in 1952, during an official trip to Africa with her husband Filippo, the princess received the news of the death of her father George VI – but in the same month Elizabeth II contracted Covid, which as she herself reported “leaves you very tired, exhausted”.

Last week the queen appeared in good shape, smiling broadly and posing without a cane, when she received the Swiss president at Windsor Castle, reassuring images of her state of health.

After a brief hospitalization, last October, the doctors ordered her to take “only light assignments”, for this reason the apparitions of Elizabeth II have become extremely rare and mostly by videoconference.

On March 29, she attended a religious ceremony at Westminster Abbey in honor of her husband, Prince Philip, who died last year.

It was her first major public appearance in months. According to Buckingham Palace, the sovereign hopes to be able to attend the opening ceremony of the British Parliament on Tuesday, an annual meeting she has missed only twice in her 70-year reign.