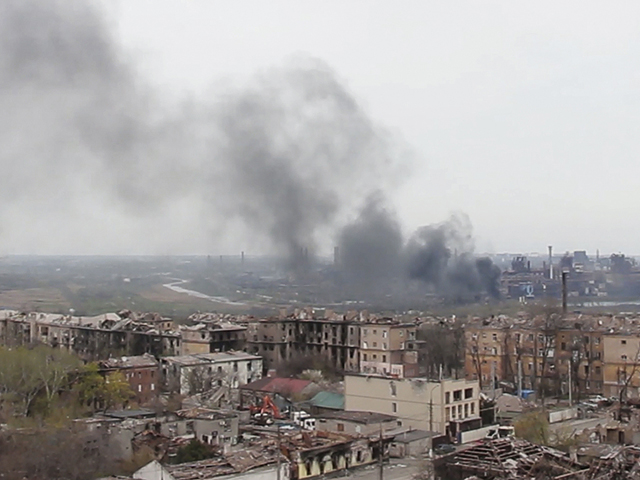 The deputy commander of the Azov regiment, Captain Svyatoslav Palamar, issued a statement: “We call on the world community to evacuate civilians (from Azovstal) and personally appeal to the Supreme Commander-in-Chief to take care of the wounded soldiers who are dying in terrible agony from inadequate treatment. Give the opportunity to carry away the bodies of soldiers, so that Ukrainians can say goodbye to their heroes. Respond appropriately to a critical situation in which the enemy does not comply with any ethical norms, conventions or laws, destroying people in front of the whole world, guided by permissiveness and impunity.”

Our source at Azovstal emphasizes that the situation is “really critical” and there are fierce battles throughout the plant. At the same time, it is noted that the Russian side categorically refuses the option of evacuating the wounded to the territory of Ukraine, stating that the wounded will be recognized as prisoners of war and they will be provided with the necessary medical care on the territory of the Russian Federation. According to our source, there have already been cases when wounded Ukrainians surrendered to the Russians. soldiers, and then they were found dead. Our interlocutor notes that there are options that are beneficial to both sides of the conflict, but these options should be discussed by politicians, not the military.

At the same time, an optimistic statement by Aleksey Arestovich, adviser to the head of the office of the President of Ukraine, Oleksiy Arestovich, is circulating in the Ukrainian media that Russian troops were allegedly driven out by Ukrainian defenders from the territory of Azovstal.

Earlier, the head of the patrol police of the Donetsk region, Mikhail Vershinin, who is involved in the defense of Mariupol, told NEWSru.co.il that, contrary to the statements of the Russian side, the assault on Azovstal by Russian troops continues. “Today, in accordance with the agreement with the Russians, a ceasefire was to be declared. A ceasefire has not been declared. Assault groups are constantly moving towards our positions. They are pushing through somewhere… The situation is getting worse every hour. We are getting wounded every day more and more,” says our interlocutor.

According to Vershinin, so far there are no signs that the assault on Azovstal will be suspended and that there will be an opportunity for the evacuation of civilians and the wounded.

On the evening of May 4, the Ministry of Defense of the Russian Federation announced that on May 5-7, from 08.00 to 18.00, a “humanitarian corridor” would be opened for evacuation from Azovstal. According to Vershinin, this never happened.