Biden takes responsibility for the evacuation of Afghanistan, which has prevented “another decade of war” 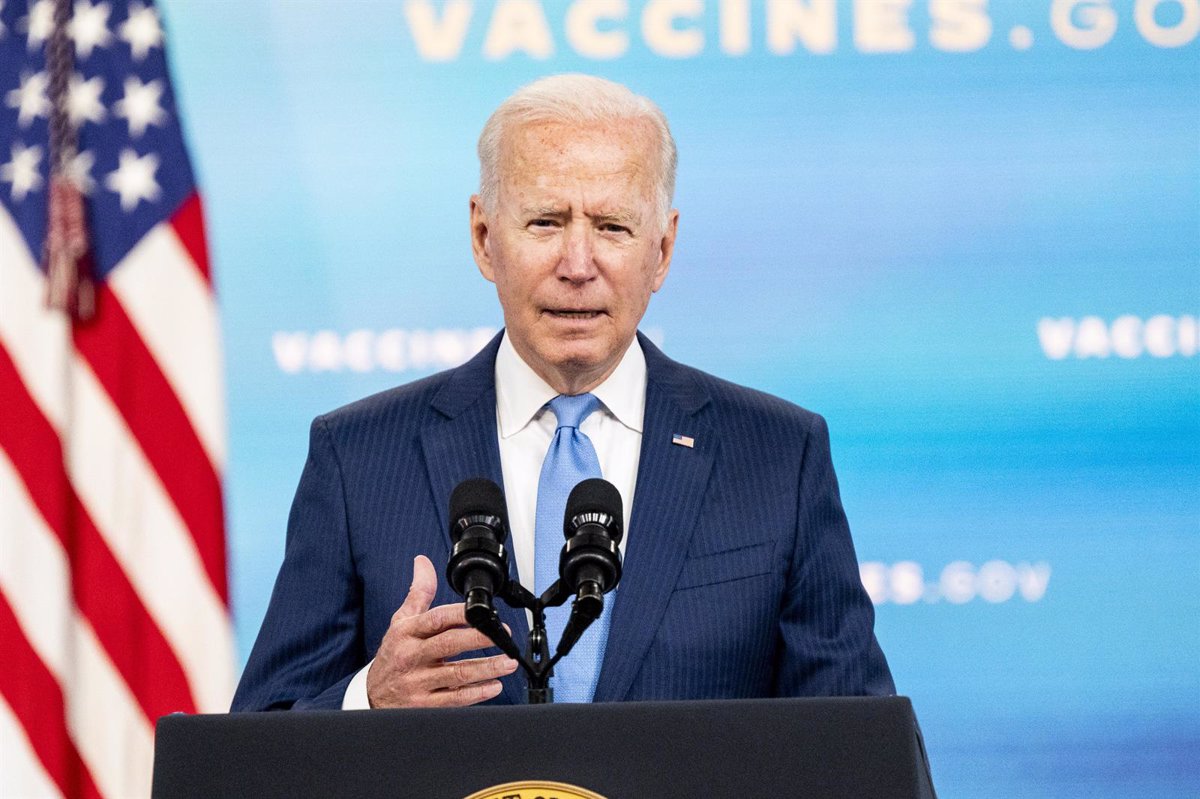 The president of the United States, Joe Biden, has assumed this Tuesday, a day after the last American plane left Kabul, the responsibility of the decision to end 20 years of military presence in Afghanistan and evacuate the country, something that it has avoided “another decade of war.”

In a speech in which he has reviewed the American evacuation mission, Biden has stressed that this same war “should have ended a long time ago”, and that as president “I was not going to extend a war forever”, while He has defended that the decision to withdraw from the country is based on the fact that “everything has changed”, in reference to those agreed by his predecessor, Dondald Trump, with the Taliban.

The war in Afghanistan “was no longer in the service of American national interests.” “We have been a nation at war for too long,” lamented the president.

“The fundamental obligation of a president, in my opinion, is to defend and protect the United States. Not against the threats of 2001 but against the threats of 2021 and tomorrow. That is the guiding principle behind my decisions on Afghanistan,” he insisted in response to criticism he has received about his handling of the Afghan crisis. In addition, he recalled his electoral promise to end this war, noting that he has fulfilled it.

“Last night in Kabul, the United States ended 20 years of war in Afghanistan. The longest war in American history,” explained the president, who has highlighted one of the largest air evacuations “in history, with more than 120,000 people evacuated to safe places. ”

This evacuation mission has been a “success,” in Biden’s words, thanks to the “incredible skill and selfless bravery of the United States Army and diplomats and intelligence professionals.” In addition, and regarding the criticism that Washington has received about the mission, Biden has indicated that he “respectfully disagrees” with those who assure that it could have been started earlier or that it was carried out “in a disorderly manner.”

In this sense, the US president has assumed “responsibility for the decision” on the withdrawal, although he has stressed that “the conclusion is that there is no evacuation at the end of a war that can be carried out without the kind of complexities, challenges and threats “they have faced.

Biden has assured that “90 percent of the Americans in Afghanistan who wanted to leave have been able to do so”, while the White House estimates that there are about 100 or 200 United States citizens who are still in Afghan territory, and for those who “do not there is a deadline, “the president has indicated, since” we remain committed to removing them if they want to leave. ”

On the other hand, the president has once again insisted on the idea that, despite the fact that the United States has withdrawn any military presence in the country, it will continue to work to enforce the Taliban’s commitments regarding a safe exit from the nation. Central Asia, allowing “a continuous march of those who want to leave” and those who want to “deliver humanitarian assistance to the people of Afghanistan.”

“We will continue to support the Afghan people through diplomacy and commitment,” he insisted, adding that Washington will continue to fight terrorism “wherever it is.” Biden has sent a message to the Islamic State, warning them that “they are not finished with them yet”, but will devise a “tough, relentless, targeted and precise” strategy in response to the attack that last Thursday killed 13 people in Kabul.