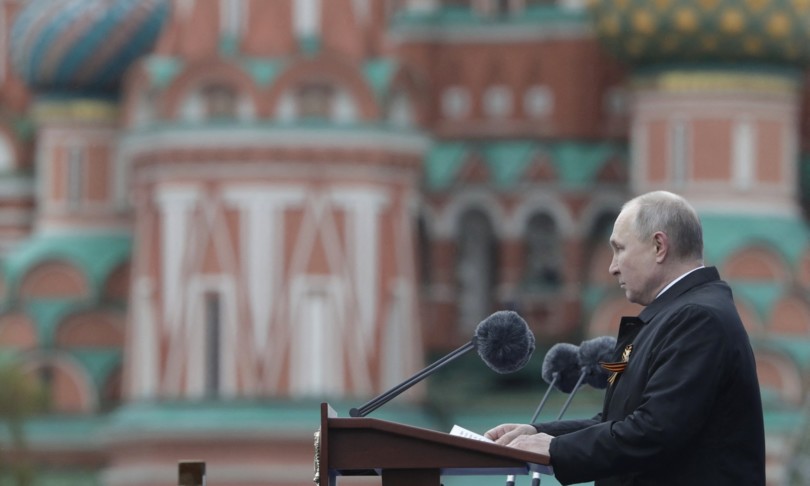 On Monday, May 9, the 77th anniversary of the USSR’s victory in the Great Patriotic War against Nazi Germany, to which the Soviets sacrificed 27 million lives, is celebrated throughout Russia. The heart of the celebrations, according to tradition dusted off by President Vladimir Putin in 2008, is the military parade on Moscow’s Red Square, an opportunity for the Kremlin to flex its muscles to the world and rekindle internal patriotism.

The president, also commander-in-chief of the army, after the official opening of the ceremony led by the Minister of Defense, Serghei Shoigu, gives the traditional speech from the tribune set up near Lenin’s mausoleum among war veterans, this year without any foreign leader.

While it seems difficult for Putin to declare a victory in the special operation in Ukraine, hypotheses are chasing about a possible announcement on a highly symbolic occasion: they range from general mobilization, to the annexation of the two separatist republics of Donetsk and Lugansk and of the Kherson region, as well as the occupied territories in the Zaporizhia area, said adviser to the Ukrainian Interior Minister, Vadim Denisenko.

Certainly, Putin will leverage patriotic sentiment and the myth of the siege to compact the country and ask the Russians for greater sacrifices as the special operation moves forward alongside the sanctions.

The parade begins at 10 am Moscow time (9 am in Italy) and will be broadcast live on television across the country. 11,000 officers, sergeants, soldiers, cadets, members of the Yunarmiya youth movement, units of the Ministry of Emergency Situations, Russian National Guard and FSB border agents are involved. They will parade in 33 marching columns. Also involved 131 units of armaments and equipment, 77 aircraft and helicopters.

According to Bloomberg’s calculations, the military show will be smaller than in 2021: less hardware and fewer troops. The mechanized column will include 131 vehicles: the first to enter is the legendary T-34 tank, the backbone of the Soviet armored forces during the Second World War, followed, among others, by the T-14 Armata tanks and the S-400 air defense systems. For the first time, the modern 122 mm Tornado-G multiple rocket systems arrive on Red Square. On the other hand, the presence of more modern tanks such as the T-80BVM, nor the Pantsir-S1 anti-aircraft missile system is not foreseen. Ukraine claims to have destroyed over 1,000 Russian tanks on the battlefield.

The airshow will, like last year, feature 77 aircraft including Tu-22M3 long-range strategic bombers, fifth-generation Su-57 fighters, as well as attack and transport helicopters. After several years, Il-80, also known as the “doomsday plane”, made its appearance in the skies of Red Square, designed to house the high offices of the Russian Federation in the event of a nuclear war. Eight MiG-29SMT fighters will take off to form the ‘Z’, which has become a symbol of support for the “special operation” in Ukraine. In addition, 6 Su-25 attack aircraft will color the sky with the tricolor of the Russian national flag.