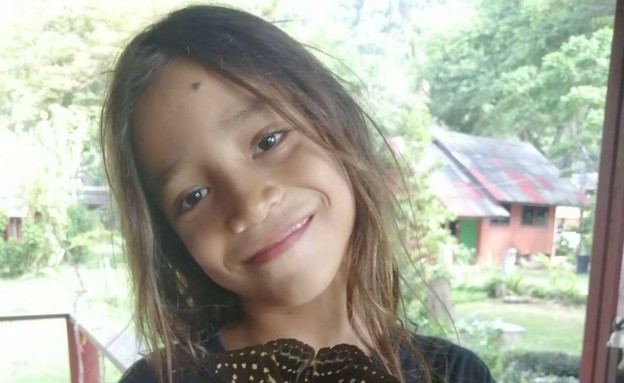 9-year-old Lee Yam Levy is the Israeli boy who died from a jellyfish burn in Thailand, the publication was allowed today (Tuesday). His family decided that his body would be cremated in a local monastery: “The decision to bury him in Israel was not right for the father and mother of the child who is not an Israeli citizen.”

Levy played last Saturday at Hadrin Beach on the island of Ko Phangan in Thailand, two meters from the beach along with 4 other children on an Israeli Haska imported from Israel to the island. At 17:40 he started calling for help from the sea, immediately his father and friends ran to him and rescued him from the water. Upon exiting the sea they noticed a burn caused by the jellyfish in his back and legs.

During the attempt to wash the burn with vinegar, the child lost consciousness and was immediately taken to Bangkok Hospital, which is 5 minutes from the beach. During the trip, Levy lost his pulse, just moments before arriving at the hospital. He underwent resuscitation attempts for 40 minutes, but to no avail – and medical staff were forced to determine his death at 6:50 p.m., about an hour after being burned by the jellyfish.

Although the family members managed to get the necessary permits to bring their son for burial in Israel, they decided not to do so: “The decision to come to Israel was not one hundred percent right for the father and mother of the child who is not an Israeli citizen. A cremation ceremony at the local monastery he loved, right behind his house – and will be returned to the sea he loved so much and even bore his name. ” Before the ceremony that the grandparents will attend from Israel, the family members will recite Kaddish in the presence of the Israeli community and other members.

“We are in pain these days a pain that can not be described in words or titles,” the family shared, “Lee Yam is the symbol of eternal freedom for all of us. It is a great loss to a father who raised him with uncompromising devotion and to the whole family. Baruch Dayan Emet.” It was also reported that “the family thanks all the supportive, loving and embracing community in these difficult days.” Those who assisted the family members included Rabbi Nehemiah and the Foreign Ministry headed by Consul Etty Mizrahi.

On the shores of the Asian country live venomous jellyfish that can be deadly, and in the past have already caused deaths and injuries. 3 years ago, Israelis who lived in Kosmoy Were hit by a cube jellyfish, And ended the day in the hospital and in danger of death: “We felt our feet burned, we reached the shore with our last strength.” According to them, there were no warning signs: “We felt helpless.”