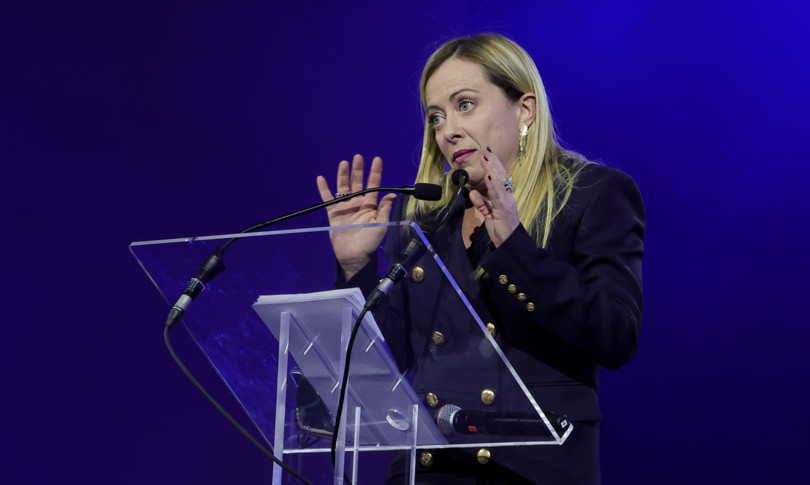 The head to head between the Democratic Party and the Brothers of Italy continues: also this week, in our Supermedia of polls, the party of Enrico Letta and that of Giorgia Meloni are perfectly matched in the voting intentions of the Italians, with 21, 2% each.

It is also striking the fact that the two parties in question seem to have stabilized around this situation of equalitywith fluctuations that from week to week are really minimal, as if both had reached a point of equilibrium – albeit perhaps precarious, as recent history has often shown us.

Behind the two leading parties, the League remains in third position, behind by more than 5 points (16%) and stable compared to two weeks ago, while the 5 Star Movement still drops slightly, falling to 13.2%. To date, it can be said that Giuseppe Conte’s party has managed to defuse the potential threat of investigations related to the so-called “Russiagate”, which we had hypothesized could constitute a risk factor for the popularity of the former prime minister.

This however it was not enough to reverse the trend and put the M5S back on a growth path. Otherwise, the good figure of Forza Italia should be reported again, which with 8.7% records its best figure from the 2019 European Championships.

Looking at the “lower part” of the ranking reserved for lists, it is striking how the parties that have lost the most ground in the last two weeks are the two most left-wing formations, Article 1 and the Italian Left. Overall, the two former members of what was once the Free and Equal list lose more than half a point, probably suffering from a certain climate of suffering on the left, in which spirits are divided between unconditional support for the Ukrainian people invaded by Russia and a pacifism anti-militarist with some streak of nostalgic anti-Atlanticism which does not look kindly on Italy’s support – including military – for Ukraine.

In truth, the sending of weapons continues to constitute, for public opinion, the real sore point of the Italian government’s strategy towards war. According to the latest EMG survey, indeed, those against sending “heavy weapons” by our country would now be more than double compared to those in favor (58% against 28%), with an interesting peculiarity: the only two electorates in which those in favor would be in the majority are those of the PD (60 to 32) and – even if slightly – those of FDI (41 to 38).

EMG survey for @agorarai: the majority of Italians are against sending heavy weapons to Ukraine (58%) and would prefer to seek diplomatic negotiations with Moscow (65%). The best mediator for peace, according to the Italians, could be the Pope (27%). pic.twitter.com/E6Coqjbda9

The dualism between PD and FDI emerges in some way also here, in the clear stance of the democrats condemning Russia, which also finds support among the conservatives by Giorgia Meloni: FDI has probably married without too many distinctions the Atlantic cause of support for the Ukraine as a means to gain international accreditation (as well as to distinguish itself from the “ambiguous” positions of Salvini’s League, which on the subject has found a sort of harmony with the 5 Star Movement).

The week just passed was also marked by a further novelty: the easing, starting from May 1st, of the anti-Covid restrictions, with the elimination of the obligation to show the Green Pass (except in healthcare facilities) and with the only “surviving” provision constituted by the obligation to wear masks indoors (cinemas, theaters, etc.) and on long-distance means of transport.

A novelty that would find a wide positive response among citizens: according to a survey by the Demopolis institute, carried out on April 26, 65% agree with the new rules on the Green Pass, 63% with the decision to keep the mask mandatory in cinemas and theaters, and as much as 70% with that of keeping it on trains, ships and planes. For once, therefore, the new rules on combating the spread of Coronavirus should not generate too many controversies and tensions, both among citizens and between parties. But we’ll see.

NOTE: Supermedia YouTrend / Agi is a weighted average of national polls on voting intentions. Today’s weighting, which includes surveys carried out from 21 April to 4 May, was carried out on 5 May on the basis of the sample size, the date of implementation and the method of data collection. The surveys considered were carried out by the Euromedia institutes (1 May), Ipsos (1 May), Piepoli (3 May), SWG (26 April and 2 May) and Tecnè (23 and 30 April).