Explosion at the Saratoga Hotel in the heart of Havana 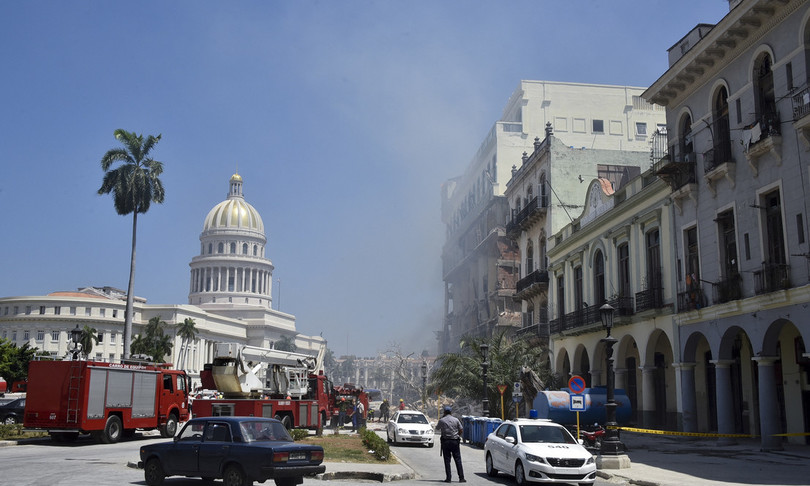 According to witnesses, the explosion in Havana involved the Saratoga Hotel, the neoclassical-style luxury hotel located near the Martí Theater, opposite the Brotherhood Park.

Buses and cars destroyed by the devastating explosion. The provisional toll of the explosion that devastated the Hotel Saratoga in Havana is of at least eight dead and thirty injured: it is i. This was reported by the official Twitter account of the Cuban government.

Among the injured there are at least nine children from the nearby primary school. State television speaks generically of “wounded and victims”, but without adding details. The bureau said the blast was linked to a gas transfer.

President @DiazCanelB He is at the Saratoga Hotel, where a strong explosion occurred this afternoon.

He is accompanied by the Prime Minister @MMarreroCruz and the president of the @AsambleaCubaEsteban Lazo. pic.twitter.com/mInh8FJIca

The main facade of the Saratoga Hotel is completely destroyed. Amateur videos shot by passersby show rubble and bodies everywhere.

The explosion would be linked to an accident that occurred during the transfer of liquid gas. The government of Havana reports it.

In the elementary school next to the destroyed building there are nine injured children.

The Cuban government wrote on Facebook: “Strong explosion at the Saratoga Hotel, in old Havana. Probably while liquid gas was being poured from a truck”.

“There is serious damage – continues the press release – and possible loss of life”.