From the Green Pass to income, showdown in the majority before the vote 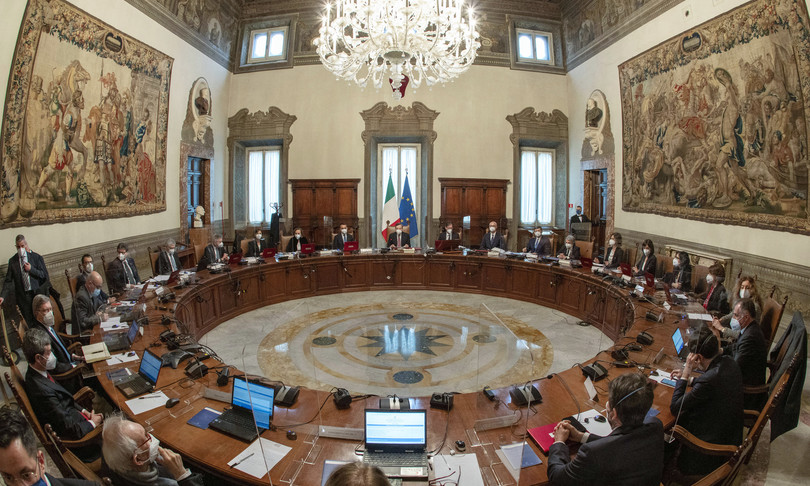 . – Journalists beaten in the square by No Vax and No Pass represent the announced outcome of a path made up of edicts and anathemas via social media against information operators and, at the same time, of legitimation of the most bizarre theories regarding the efficacy of vaccines and their safety. Responsibilities that also concern the political forces, united under the Mario Draghi banner but divided on the issues.

Summer 2021 was among the hottest of the last two centuries, not only from the climatic point of view: the political forces, also and above all those of the strange majority that supports Mario Draghi, have given themselves a good reason for the whole month of August, ranging from the themes of the fight against the pandemic to the Afghan emergency , without forgetting the administrative offices that are now upon us.

The cause of so much tension, in fact, seems to be the vote in early October, combined with the white semester started on August 3, which has sounded the charge for the controversies and the positions taken: with the impossibility of dissolving the Chambers, in fact, the first of the instruments able to guarantee the stability of the legislature has failed, or the fear of deputies and senators of not seeing their mandate renewed by the electors.

The clash in the majority

And if August was hot, September promises not to be outdone.Thus, the social anger accumulated in the long months of lockdown and paradoxically exploded precisely when measures are put in place that allow us to return to a semblance of normality, it becomes an all too easy horse to ride. The clash in the majority on the Green Pass is but the last of the battlefields on which to measure the firepower of the parties of the majority.

From tomorrow, in fact, the obligation of the Green Pass for school staff is triggered (after the green light arrived today from the Privacy Guarantor), the category to which the school worker belongs during a demonstration in Rome, punched a reporter in the face of the Republic. A demonstration organized precisely to protest against the measure that anticipates the return to presence among the benches and which risks representing a negative precedent given the other mobilizations scheduled at the beginning of September by ‘No Pass’ and ‘No Vax’.

No Vax e No Pass

A rising wave against what is considered “health dictatorship” and this despite the scientific evidence on the efficacy and safety of the vaccine. It is also to curb this wave that the Minister of the Interior has convened for tomorrow the Coordination Center for the activities of monitoring, analysis and exchange of information on the phenomenon of intimidating acts against journalists. And it is again to curb the No Vax that from the Lazio Region, the first in Italy for vaccination coverage, comes the idea of ​​far pay for hospitalizations for No Vax who end up in hospital due to Covid out of their own pockets.

The move of the Lazio Region

“The No Vax who contract Covid and end up in the intensive care units of Lazio hospitals will have to pay for hospitalizations”, explains the councilor for health of the Lazio Region, Alessio D’Amato: “These people who refuse vaccination, putting their freedom at risk of others, must take full responsibility for their choices and actions “.

A “provocation” for the president of Italia Viva Ettore Rosato who would like it to remain so. “I am rather in favor of compulsory vaccination. The data tells us that well over 90% of ICU admissions and deaths are unvaccinated. This should already be an incentive,” adds Rosato.

Salvini against the mandatory vaccine

Matteo Salvini is clearly against the vaccination obligation explaining that he “trusted in Italians, unlike those who talk about fines, bans, discrimination and dismissals. I freely chose to vaccinate myself”, he adds, “but this does not give me the right to impose my free choice on others , also because there are so many people who cannot get vaccinated “.

In response, Enrico Letta asks that “there are no ambiguities whatsoever on the part of any political force and of no institutional manager on the issue of this violence and above all of the legitimacy of a No vax position that is contrary today to the right to health and freedom, one of the founding rights of our Constitution. We support the Draghi government in everything it is doing “, adds the dem secretary,” in particular for this vaccination campaign, for the safety of citizens, for the respect of the rules that we consider fundamental. “An appeal for the safety of citizens that arrives a few hours after the No Vax mobilizations announced in 54 stations throughout Italy.

The Interior Ministry at work

“The Interior Ministry will ensure, as always, the freedom to demonstrate peacefully in compliance with the rules but acts of violence and threats will not be allowed “, reads the note announcing the convening of the meeting on violence against journalists:” The commitment of the police forces who are working daily to ensure control is great of the territory, public order and investigative activity to identify those who participate in street demonstrations with acts of violence and intolerance “.

Against the minister Lamorgese, however, the cannonade of the League continues, as regards the majority, and of the Brothers of Italy, for the opposition. If Giorgia Meloni’s party has already announced a motion of no confidence, Salvini does not intend to stand by and assures that he is working on his own proposal: “Either the Minister of the Interior begins to be a minister or he does it to someone else” , says the leader of the League. But it is above all on the management of migrant flows that the criticisms of Lega and FdI on Lamorgese are concentrated.

Conte locks up the minister

To lock up the minister is Conte who defines her as “very competent” and remembers: “When Salvini was one of my ministers”, recalls Conte, “I tried to make him understand that such a complex problem”, like that of managing the flow of migrants, “cannot be faced with demagogy, making a big voice on television . I asked him, unsuccessfully, to improve the repatriation system, but he did not succeed despite having the full powers of minister “.

Words that trigger fire from enemy batteries, but not only. “The words of Giuseppe Conte, or rather of the premier who made the security decrees, more than a just attack on Salvini, are a very harsh self-criticism. Well, it was time. I hope that there will be a consequent change of line of the M5s, which on these issues so far he has remained too tied to those wrong choices “, writes the deputy Pd, Matteo Orfini on social networks. More clearly Matteo Renzi who, publishing a photograph of Salvini and Conte brandishing the signs with the words “#decretoSalvini”, explains: “Giuseppe Conte said one thing right, very right. It remains only to understand who that enthusiastic person is next to Matteo Salvini, while presenting that shameful decree. But, instead of making proclamations, why does Conte – more simply – not apologize? “.

The pincer of Renzi and Salvini

In the last few days, Conte has appeared increasingly tightened by a vise which sees, on the one hand, Salvini and Meloni and, on the other, Matteo Renzi. It is in particular on the issue of citizenship income that this offensive becomes more heated. Renzi and Salvini asked, with almost specular arguments, that the measure strongly desired by the M5s be eradicated: “Disincentives to fatigue”, explains Salvini; “I want to reaffirm the idea that people have to suffer, take risks, try, run, gamble, if you don’t make it we’ll give you a hand, but you have to sweat guys”, says the Florentine senator. To the aid of Conte and the citizenship income Prime Minister Mario Draghi arrives for whom the principle of income can be shared and must be safeguarded.

The income of citizenship

But this does not mean that the provision cannot be changed. On the contrary. “I think Draghi has said important things about citizenship income. He has opened a discussion that allows us to bring improvements and take the good that was there, because there was some good and to overcome the limits found to date” , says the secretary Pd.

Improvement, not deletion: a position in front of which even the Five Stars show themselves to be collaborative: “There is a need to make changes in the implementation of the instrument”, conceded Conte, declaring himself ready to favor the establishment of “a table that monitors its effectiveness, reinforces controls to avoid abuses and encourage the deployment of all the benefits for entrepreneurs linked to recruitment “. In the background, compared to the reciprocal cannonades, institutional reforms remain. And this despite the cut of the parliamentarians has raised the issue of changes to the regulations and the electoral law.

It is also for this reason that the former president of the Senate, Marcello Pera, launches an appeal “to Salvini as to Letta, to Meloni as to Di Maio, to Renzi as to Conte, to Berlusconi” and to all those who “do not want to be carried away in the daily bagatelle, but become protagonists of a process for another Italy “. The idea is to” modify the Constitution with a constituent commission of 75 members elected with a pure proportional system, with a deadline of one year and a final referendum ” .