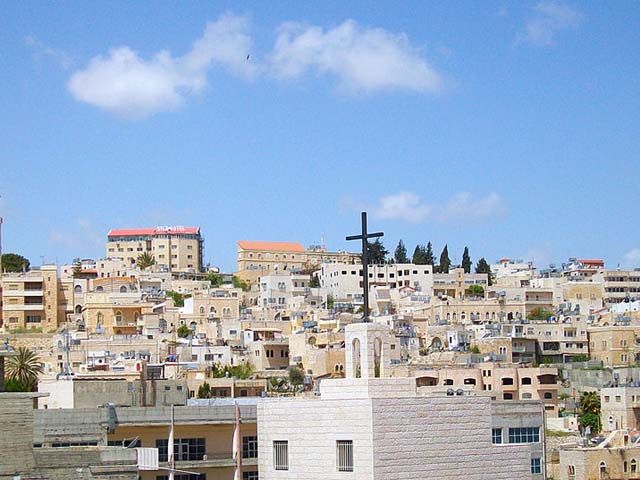 A column of residents of the Palestinian Authority passed through the center of the city, most of whom come from mixed families.

“For the third time this year we organized the Immortal Regiment, and we see many more people than in previous years. I am proud that … I want to convey my gratitude to the representatives of the municipality of Bethlehem, who ensured a safe conduct, and to all those people who We were supported. Today coincided with many holidays – and I congratulate everyone on the upcoming Victory Day,” said Gocha Buachidze, head of the Russian delegation to the PA.

Several hundred people took part in the action. For the duration of the procession, the local police blocked one of the central streets of the city. Families from Jenin, Shechem, Hebron, Ramallah came to the action. An exhibition of drawings by Palestinian schoolchildren on the theme of the war was opened at the Russian House in Bethlehem. “Children recited poems about the war and sang songs of the war years,” RIA Novosti notes.