“Executioner who gives up” at the electoral rally, there is controversy over the outgoing mayor of Rieti 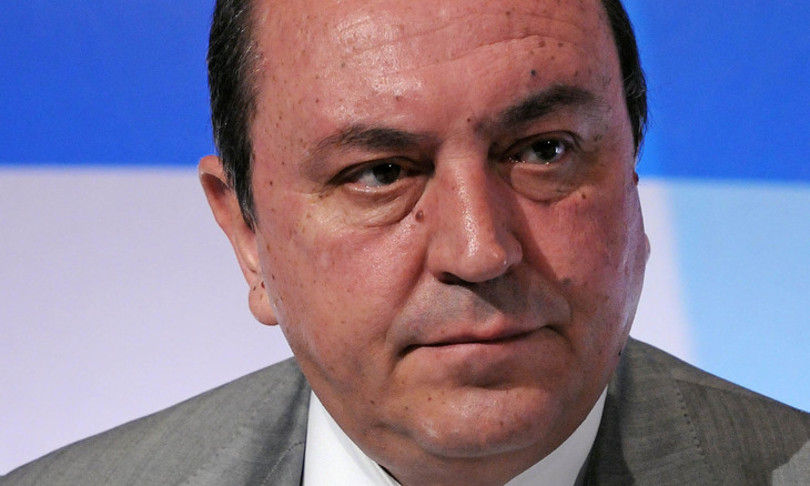 The controversy breaks out over the sentence pronounced by the outgoing mayor of Rieti Antonio Cicchetti, of Forza Italia and former MSI who, on the occasion of an electoral rally to launch the candidacy of Daniele Sinibaldi, of the Brothers of Italy, in the running for the leadership of the Lazio town in the next administrative elections on 12 Juneconcluded the intervention from the stage with these words: “We must go on with the battle cry that is always the same, ‘hangman who gives up'”.

The video, broadcast on various internet channels, arouses the harsh reaction of the Democratic Party and exponents of the 5-star Movement.

But FdI rejects the accusations, underlining that Cicchetti is not a member of Giorgia Meloni’s party but of Forza Italia and guaranteeing that “in the coalition that supports Daniele Sinibaldi, the democratic forces, including civic ones, are all well away from nostalgia and extremism”, explains the group leader to the Francesco Lollobrigida room.

“‘Executioner who gives up is the battle cry.’ ‘With this slogan the election campaign of the candidate for mayor of the Brothers of Italy of Rieti opened, in the name of the most sinister subversive tradition of the neo-fascist right. A fall in style or perhaps ignorance of the outgoing mayor, Antonio Cicchetti. One wonders why a modern and important city like Rieti should be represented by certain debris of neo-fascism more worthy of a comic sketch than of a public institution “, attacks the vice president of the Pd group in the Chamber, Roberto Morassut.

A past that does not pass. Unacceptable and shameful. Even more confident in the coming days I will be at #Rieti alongside Simone #Petrangeli. To turn the page. https://t.co/mwTjUFPutZ

“Cicchetti offends the Constitution”, adds the councilor for health of the Lazio Region, Alessio D’Amato. For the head of the Regions and Local Bodies of the national secretariat of the Democratic Party, Francesco Boccia, what happened in Rieti “is not an isolated case. We are at the crossroads. There is a dominant culture on the right that leads to a radicalization of the conflict”. Boccia concludes: “Even in this electoral campaign there is no space for third ways: either you are here or there”.

Mario Perantoni, the president of the Chamber’s Justice Committee, M5s exponent, also criticizes the incident: “This is a very serious episode which unfortunately, once again, shows that in this country there are those who are chasing fascist nostalgia”.

But FdI is keen to put the dots on the ‘I’: “It is surprising that parties that govern at national level with Forza Italia, a party of which Antonio Cicchetti is an exponent, try to involve the young candidate for mayor Daniele Sinibaldi of the Brothers of Italy in an abstruse controversy. Antonio Cicchetti has never joined our party and his externalization is not representative of today’s demonstration, but probably the result of historical reminiscences of his youth who had a moment of emotional involvement in the Reggio Calabria riots “, explains Lollobrigida.

“Daniele Sinibaldi and all the candidates – he adds – talked about programs and ideas for the city of Rieti without slogans that go beyond the objective of giving the city a good government. In the coalition that supports Daniele Sinibaldi, the democratic forces, including civic ones, are all far removed from nostalgia and extremism “, concludes the FdI group leader.

“This is the level. A past that does not pass. Unacceptable and shameful. I will be even more convinced in Rieti in the coming days in support of Simone Pietrangeli. To really turn the page”, writes the secretary of the Democratic Party, Enrico Letta, on social media, posting a article in which you can hear the words of the mayor of Rieti.

“I read several off-site declarations by members of the Democratic Party who, instrumentally, bring up the Brothers of Italy on the candidate for mayor in Rieti. Unfortunately for them, Antonio Cicchetti has never been in FdI and is still an exponent of that Forza Italia with which the same Democratic Party is in government. Having clarified this, I wonder if the left will now have the strength and the courage to make the same accusations against its allies or if it will turn a deaf ear to avoid further problems for an already shaky government. Between the no to the ‘Executioner who gives up’ and the ‘Executioner who gives up … the armchair’ what will the Democratic Party choose? “, Attacks the FdI deputy Paolo Trancassini.

And right from the ranks of Forza Italia, the voice of Elio Vito who, addressing his party on social media, asks: “Please, Forza Italia, let’s distance ourselves immediately, expel the mayor of Rieti who uttered the horrible words’ Boia who gives up! “.

Even Italia viva will argue against the outgoing mayor of Rieti: “Cicchetti’s words to the cry of ‘Executioner who gives up’ are unacceptable”affirm Luciano Nobili and Marietta Tidei, regional coordinators of the party.

“Italia Viva has nothing to do with those who play with the most vulgar slogans of fascist nostalgia. It is necessary that the candidate for mayor Sinibaldi unequivocally distance himself from what happened”, they conclude.