The rescue operation from the Azubstal factory has ended 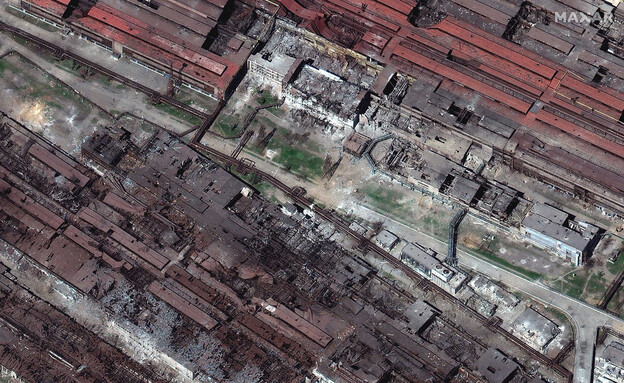 The rescue operation from the Azobestal plant ended: After long weeks of waiting, all the women, children and the elderly were rescued from the Azobestal steel plant in Mariopol, Ukrainian Deputy Prime Minister Irina Vershchuk announced. In doing so, Warszchuk announced, “this part of the humanitarian operation has been completed.” According to estimates, the factory, which is considered the last Ukrainian stronghold in the city, still houses several hundred Ukrainian fighters who refuse to surrender.According to Ukrainian President Volodymyr Zalansky, now all that is left to completely evacuate the plant is to remove “the wounded and the medical personnel”. Zalanski added in his speech tonight (Sunday): “We are working to get our military personnel out of the factory, all the heroes who defended Mariupol. It is very difficult, but it is important.”

‼️All women, old people and children were evacuated from #Azovstal

Earlier this week it was reported that there are still 200 civilians there. pic.twitter.com/mVLOM3H9f5

The rescue from Sobstal was done, among other things, with the help of Red Cross forces. Dominic Stillhart, head of the operational division of the International Committee of the Red Cross, told N12 in a special interview that the rescue from Mariupol was done in security coordination with the Russians and the Ukrainians, and that agreements between the parties are very important: “They agree, and if there is no chain of command in which the order passes, according to which the soldiers know that we are coming and performing – it just does not work.”

Stillhart added: “I really hope that what we have been able to do so far is just a starting point for more such operations, because there are a lot of residents who need rescue, there are wounded who need to be reached, and this requires approval from both sides so we can operate on the ground.”

He further stressed that Mariupol is the city most severely affected by the Russian fighting: “The city has very extensive destruction. Many people have left it, there are an unknown number of dead who are still under the ruins of Mariupol.” He told the N12 that Red Cross crews had managed to reach residents at the Azubestal factory, for the first time in several weeks: “The stories the residents tell us are heartbreaking because many of them have been at the factory for weeks and have not seen daylight. Children and women are in very difficult conditions. “And they are in a very traumatic state. They are very happy to get out of what they describe as hell.”

The attacks on eastern Ukraine continue in several hotspots, and in Lugansk it was not quiet tonight either: the Ukrainians claim that the Russians shelled a school in the district where 90 people were hiding. According to Sergei Heidi, head of the military administration in Lugansk, 30 people have so far been rescued from the scene: “Almost the entire village hid there, anyone who could not escape. He added that the rescue operation was continuing.

Russians dropped a bomb on a school in Bilohorivka, Luhansk region, where 90 people were hiding in the basement. According to local governor, only 30 people were rescued from the building. Two bodies were found under the rubble so far, rescue work will resume in the morning pic.twitter.com/A7DaVcRqq6

Earlier, the Russians also launched a missile attack on the southern city of Odessa: six cruise missiles were fired at the port city, according to a statement from Ukrainian security forces. After the shooting, records were released of smoke billowing over the city. Zalanski commented on the attack, saying: “Today the Russians carried out an attack on Odessa, a city where every street has a historical memory. But it does not matter to the Russian army – they just want to kill and destroy.”

Continued bombing of Odessa today. Their strategic intention here is very clear. Sooner or later they are intending to capture the city and incorporate it in their occupation zone. pic.twitter.com/Eo5awXX3vk