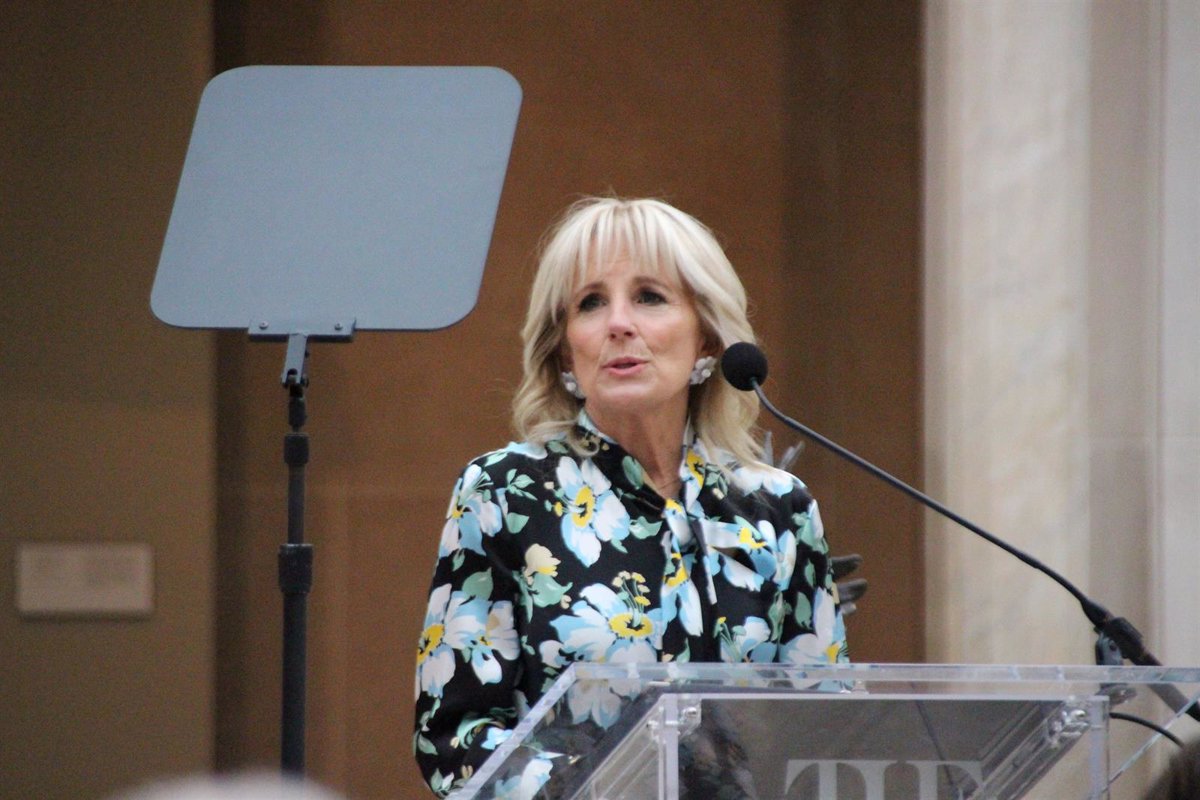 The first lady of the United States, Jill Biden, visited the town of Uzhhorod this Sunday on a trip to Ukrainian territory that had not been announced.

Joe Biden’s wife crossed the border from Slovakia at 2:41 p.m. and visited a school that now serves to house 163 displaced by the war.

There, Jill Biden has met with the Ukrainian first lady, Olena Zelenska, who had not been seen in public since the beginning of the Russian invasion of Ukraine on February 24.

Biden and Zelenska have embraced and the first has given him a bouquet of flowers. White House sources have explained that both first ladies have been exchanging correspondence in recent weeks.

“I wanted to come on Mother’s Day. I think it is important to show the Ukrainian people that this war must stop, that it is being a brutal war and that the people of the United States are with the people of Ukraine,” Biden explained in statements to the press accompanying her on her trip.

For her part, Zelenska thanked Biden for his “courageous act.” “We know what it means for the first lady of the United States to come here during a war, when military actions are happening on a daily basis, where bombardment sirens are going off every day, even today,” she said.

Both have held a private meeting after this meeting with the press and then they have visited a classroom where 15 children made crafts. Biden has since returned to Slovakia.

The Ukrainian president, Volodimir Zelenski, has thanked the American support in the form of weapons and economic aid, but has repeatedly invited Biden to visit the country as a gesture in the face of the Russian military offensive. Washington has ruled out her visit for the moment, but this trip by Jill Biden is a boost for kyiv.

One thought on “US first lady surprise visit to Ukraine”