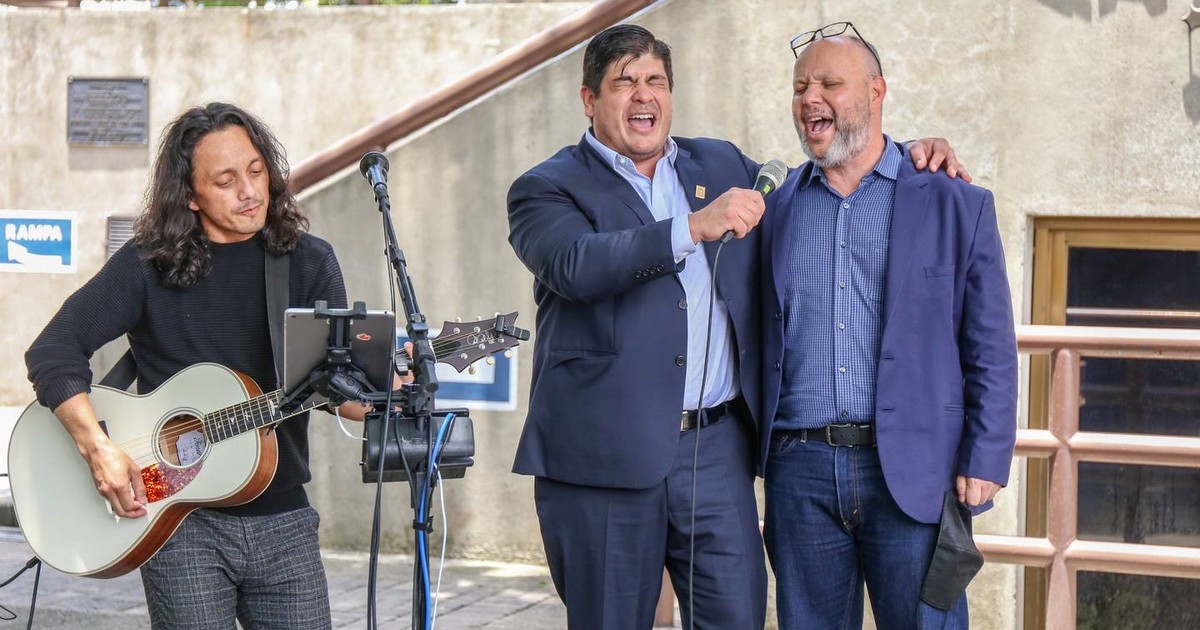 Carlos Alvarado, President of Costa Rica, defied all conventions and, in his final hours in office, stunned residents and strangers with a song: Soda Stereo songs in a public act corner.

You must vote in support of the presidential anthem. It was near the conclusion of his presidency, but also in the middle of Gustavo Cerati’s state presentation in a San José square. Alvarado, accompanied by a guitarist, ascended the stage on Saturday and surprised everyone by singing not one, but two classics: “American Blind” and “Tea for Three.”

The Argentine government gifted the Cerati statue to Costa Rica as part of the country’s Bicentennial celebrations. Costa Ricans chose to place it in the middle of Parque Francia, in front of the city of San José’s municipal headquarters.

The truth is that the presentation of the Argentine gift for Costa Rica’s bicentennial is strictly conventional. However, the appearance of the country’s president and his unusual deed defied all expectations.

Following the presentation of Cerati’s sculpture, a local journalist inspired Alvarado to sing. “Since it is the President’s last day, and since ‘the tremor passed,’ we will pleasure you,” the journalist and event host said to the outgoing president before the event finished. Mr. President, I don’t want to put you in jeopardy…”, while the public urged Alvarado to speak up.

as reported in the media Until Alvarado took the microphone, the nation from that country was acting normally. He was encouraged to sing the two “soderas” songs when he remembered her rock abilities.

Even in the middle of the interpretation of the Persiana Americana theme, the President was encouraged to create a duet and brought his security minister, Michael Soto, to the stage, who was also departing.

With the mask on, the minister attempted to follow etiquette, but in the second stanza, he removed it and continued the duet with Alvarado. All decorum was abandoned there, and the president eventually snatched the applause.

“This is a dream of a generation that feels free, happy, and progressive,” remarked the outgoing president, praising the Argentine people’s brotherly gesture. Furthermore, Alvarado stated that he personally witnessed a Soda Stereo event in Costa Rica in 1994.

The Argentine government gave Costa Rica a sculpture of musician Gustavo Cerati to commemorate his bicentennial. “Always is today,” a work in which Soda’s leader is seen with his guitar and in full body, stands 2.30 meters tall and inspired one of Cerati’s solo songs.

Martn Di Girolamo, an Argentine artist, modeled the sculpture in clay after a metallic structure.

“Cerati was an icon for a generation who adored his art; nonetheless, his music crossed years and today symbolizes one of the greatest musicians in Argentina and Latin America, with a legacy that extends beyond his physical disappearance,” said Luis Bellando, Argentina’s ambassador to the country.