in Mariupol fighting “to the end” 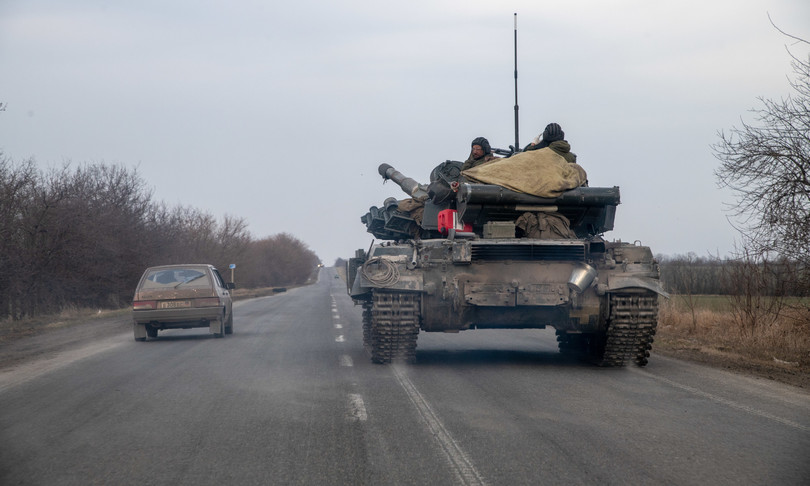 On the day the G7 leaders met in videoconference and took the commitment to “gradually eliminate dependence on Russian energy” and to continue supplying weapons to Kiev, the situation on the ground in Ukraine remains glowing.

In an online press conference from the Azovstal steel mill in Mariupol, the commander of the Azov battalion, Denis ‘Radis’ Prokopenko, assured that “we will fight to the end, our priority is the defense of Ukraine”. “There are many wounded soldiers to be evacuated,” he added, noting that “escaping is cowardly”.

“We have orders to defend Mariupol and we will,” said the deputy commander of the Azov battalion, Svyatoslav Kalina Palamar.

According to the Russian Defense Ministry, in the past 24 hours, the armed forces of Moscow have destroyed four planes, four helicopters, three drones and a Ukrainian landing craft near the island of the Serpents in the Black Sea.

The ministry hinted that Ukrainian forces attempted to make a failed landing on the small island between Saturday afternoon and early Sunday., perhaps an attempt by Kiev – various Russian media reports – to ruin the celebrations of the Victory Day over Nazi Germany in Moscow, perhaps the most important holiday in Russia. The islet, located 143 kilometers from Odessa, was occupied by the Russian Navy on February 24, the same day that Russia launched its so-called “special military operation”.

The Russian Defense Ministry also claimed that in the night “Russian Air Force high-precision missiles destroyed the command post of a mechanized brigade in the Pyatikhatka region in the Kharkiv region, and the communications center of the Chervonoglinskoye military airport in the Artsyz area.

In addition, a corvette of the Ukrainian Navy was destroyed in the Odessa region “.

The Ukrainian governor of the Lugansk district, Sergey Gaidai, said that Saturday’s Russian attack on a school in the city of Bilohorivka left at least two dead and 60 missing under the rubble.

About 90 people had taken refuge in the basement of the school and about thirty were rescued immediately after the attack, Gaidai told the Ukrainian agency UNIAN.

“Of them, seven were injured,” Gaidai added in a post on the Telegram application. “Probably 60 people died under the rubble of the building.”