Olaf Scholz: “Putin will not win the war” 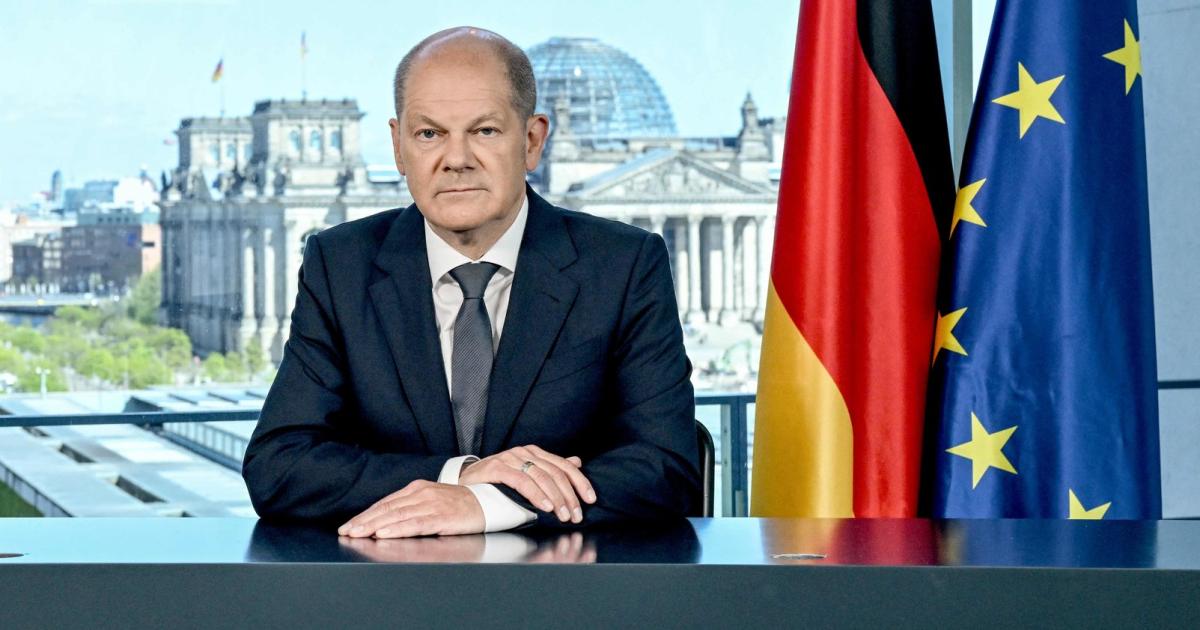 “Never again war. Never again genocide. Never again tyranny” – that is the lesson that Germany has drawn from the catastrophic history between 1933 and 1945 and from which the historic responsibility arises to support Ukraine against the aggressor Russia: “We defend justice and freedom – on the side of those attacked.” That was what German Chancellor Olaf Scholz said on Sunday in a television speech marking the 77th anniversary of the end of World War II in Europe on May 8, 1945.

The social democratic politician emphasized that he was deeply convinced that the Russian ruler Vladimir Putin would not win the war (he spoke elsewhere of a “barbaric war of aggression”). Putin wants to subdue Ukraine and wipe out its existence, but Ukraine will exist. “Freedom and security will triumph – just as freedom and security triumphed over bondage, violence and dictatorship 77 years ago.” For the first time in the history of the Federal Republic of Germany, weapons were sent to a war zone. “And always carefully consider heavy equipment. We’ll continue that.” Scholz added: “At the same time, we’re not just doing everything that one or the other is asking for.” Because he swore in his oath of office to avert damage from the German people. “That includes protecting our country and our allies from danger.”