No more gas from Russia: A hot autumn threatens in Bulgaria 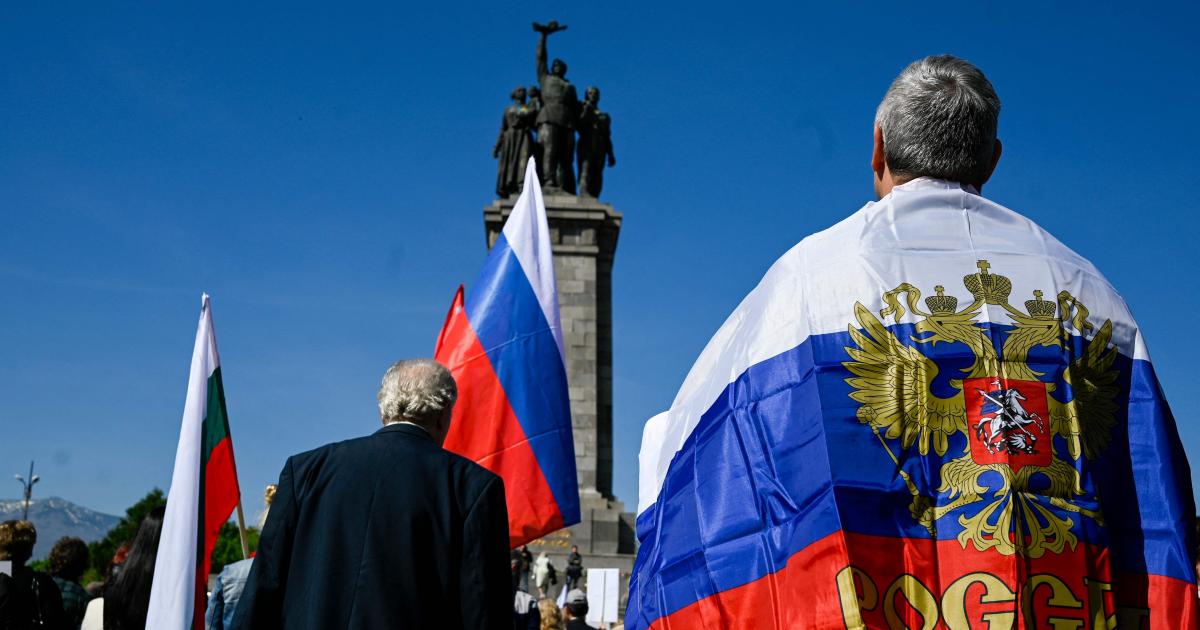 The country is divided on its attitude towards Russia. There is still time to avert the looming energy crisis.

It is May 9th, the “Day of Victory”, which celebrates the victory of the Red Army over Nazi Germany annually. Even today, 77 years after the capture of Berlin, the Russian military is cheered by hundreds who raise the Russian flag in front of the monument in honor of the Soviet Army. But not in Moscow or another major Russian city, but on EU territory, in the Bulgarian capital Sofia.

These are scenes that are irritating not only in view of the bloody invasion of Ukraine, but above all because Russia decided just ten days ago to stop supplying gas to Bulgaria. And yet the pro-Russian demonstrations in Sofia were expected.

Austria’s Foreign Minister Alexander Schallenberg traveled to the Bulgarian capital on Monday. Also to assure the Bulgarian government of solidarity in the face of the Russian “blackmail attempts”.

Here, where the many green parks are well filled thanks to the warm, early summer temperatures, but the city is towered over by the still snow-covered peak of Vitoscha, the political discourse is also characterized by contrasts.

For example, the majority of the population, especially the younger part, is clearly westernized and proud to be part of Europe. This is particularly evident in the so-called “brain drain”, i.e. the migration of well-educated, young Bulgarians to the West.

Most older Bulgarians, on the other hand, have retained a friendliness towards Russia to this day, due to a nostalgic relationship with the Soviet Union. The Bulgarian journalist Vessela Vladkova calls this an “Ostalgia” in conversation with Austrian colleagues.

However, the attack on Ukraine has changed the attitude of many “ostalgic” Bulgarians. This does not apply to parts of the government around Prime Minister (and Harvard graduate) Kiril Petkov, which was only formed in November.

In the four-party coalition, Petkov’s pro-Western party “We’re continuing the change” together with the liberal DB are pushing for a delivery of heavy weapons to Ukraine. The Socialists are blocking this, as is the protest party “There is such a people “.

The key figure in the pro-Russian camp is Bulgaria’s most popular politician, of all people: President Rumen Radev. The former air force general has regularly criticized the government since the beginning of the war and advocated not getting involved in the conflict. His influence is great, especially on the socialists.

On Monday, Austria’s Foreign Minister Alexander Schallenberg traveled to the Bulgarian capital. Also to assure the Bulgarian government of solidarity in the face of Russian “blackmail attempts”.

In case of doubt, it would be tight for the industry if the planned pipeline, which is to connect Bulgaria with the new liquid gas terminal in Alexandroupolis, Greece, is not completed as planned in the next few months.

Summer has just started settling over Sofia. Politicians and experts still have until the fall to find a solution to the impending energy crisis. When heating becomes unaffordable in the Bulgarian winter with double-digit minus temperatures, “people will take to the streets,” says Vladkova. And then not for “Ostalgic” reasons.

One thought on “No more gas from Russia: A hot autumn threatens in Bulgaria”