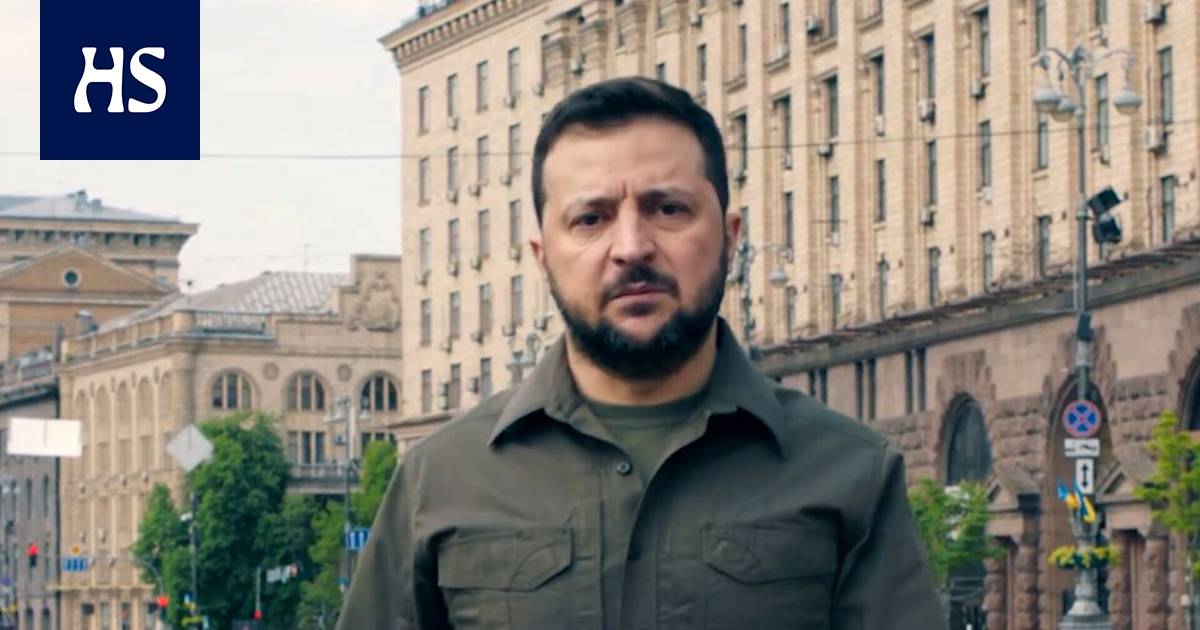 Volodymyr Zelenskyi recalls in a video released by the Ukrainian Foreign Ministry that Russia did not defeat Nazi Germany alone.

Ukraine president Volodomyr Zelenskyi walks along the deserted Hreschatyk. It is the main street of Kiev.

“Today we celebrate Victory Day with Nazism and we won’t let anyone take a piece of our history,” Zelenskyi says.

The Ukrainian Foreign Ministry posted a video of Zelensky walking amidst armored obstacles on Twitter on Monday morning. A moment later, the traditional grandiose military parade on Victory Day began in Moscow.

“Our enemies dream that we would refuse to celebrate May 9th and the victory over Nazism so that the word‘ denacification ’gets their legitimacy,” Zelenskyi says.

May 9 is also an official holiday in Ukraine, but since the mid-2010s, the country has made a distinction between Russia and its past as a former Soviet republic by celebrating “Victory Day in Nazi World War II”.

Victory Day such military parades are an important part of the Russian regime and the president Vladimir Putin nationalist propaganda. This year, Ukraine’s counter-propaganda has sought to make a strong message that Russia should not allow its own victory over Nazi Germany to further its own intentions – especially at a time when it is waging an unjustified war of aggression against its neighbor.

“We are proud of our ancestors who, along with other countries in the anti-Hitler coalition, defeated Nazism,” Zelenskyi says, recalling that millions of Ukrainians also fought against the Nazis in World War II.

Germany occupied much of present-day Ukraine from 1941 to 1944. Encyclopedia of Britannican an estimated 1.5 million Jews were murdered during the occupation in Ukraine. In Europe, the war ended with the surrender of Germany in May 1945.

“He [Putin], who repeats the horrific crimes of Hitler’s reign today, follows Nazi philosophy and copies everything they did. … He will lose everything, and two days of victory may soon be spent in Ukraine, and no one is left. We won then, and we will win now, ”says Zelenskyi.

ParaatiN already after the start in Moscow, the Ukrainian Foreign Ministry released another video. At the beginning, pictures of the Moscow festivities and the devastation of the war in Ukraine are shown.

“Who marched on the Red Square?” the video asks.

“As everyone else tried to prevent a new tragedy, Russian propaganda prepared people for a new war.”

Ukraine throughout the large-scale Russian invasion that began in February, it has released a lot of video and images that it has said of war crimes committed by Russian forces.

On Monday, the message was clearly aimed at how Russia is celebrating the victory over Nazism and at the same time committing war crimes in its neighboring country itself.

For example, the Foreign Ministry published a picture of a 97-year-old World War II veteran standing in front of his home destroyed by Russian soldiers in the Kharkiv region.