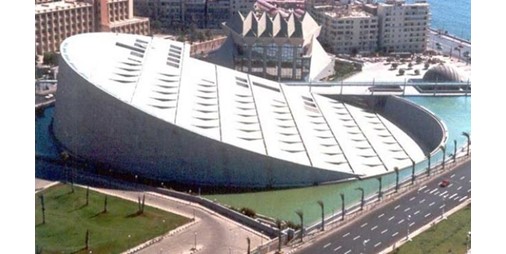 The Bibliotheca Alexandrina in Egypt won today, Monday, the Sheikh Zayed Book Award in its sixteenth session, for the branch of publishing and cultural technologies.

The justifications for awarding the award stated that the library, which was inaugurated in October 2002, “did not stop its activity on what it collected of books and magazines, but rather published books that are unique in its field, and contributed to cultural and artistic activity by inviting senior intellectuals and thinkers to conferences and cultural seminars in presence and through the electronic space, Which is considered a movement of the sea of ​​Arab culture and presenting it to the world through modern technologies.”

The award was won in the Emirati literature branch, Maysoon Saqr, for her book (Cafe of Feathers.. Eye on Egypt), issued by Nahdet Misr Publishing House, and the Syrian Maria Daadoush won the award in the children’s literature branch, stemming from her story (The Glass Ball Puzzle) published by Dar Al-Saqi.

The Tunisian Mohamed Al-Maztouri won the award in the Young Author category for his book (Bedouin in Old Arabic Poetry), while Ahmed Al-Adawy from Egypt won the award in the translation branch for the book (The Rise of Humanities in Muslims and in the Christian West) by George Makdisi, which was translated from English into Arabic.

The award in the branch of Arabic culture in other languages ​​was won by Mohsen Jassim Al-Mousawi from Iraq – the United States for his book (One Thousand and One Nights in the Cultures of the Contemporary World: Global Commodity, Translation and Cultural Industrialization), published by Cambridge University Press.

The award in the Arts and Critical Studies branch went to Moroccan Mohamed El Dahi for the book (The Narrator and Twin Souls from Representation to Syntax), issued by the Cultural Center for Books, Publishing and Distribution.

The award was withheld in the Development and State Building Branch “because the participating works did not achieve scientific and literary standards and did not meet the general conditions of the award,” according to a statement issued by the Abu Dhabi Center for the Arabic Language, which organizes the award.

Ali bin Tamim, President of the Abu Dhabi Center for the Arabic Language and Secretary-General of the Award, said, “In this year’s session, we saw a lot of diversity in terms of methods, presentation, language and research patterns that were characterized by innovation, comprehensiveness and modernity of the topics that were focused on.”

The prestigious award in the Arab world was launched for the first time in 2006, and in this session it received more than three thousand participations from 55 countries.

The award ceremony will be held later in May, coinciding with the launch of the 31st Abu Dhabi International Book Fair.

One thought on “The Bibliotheca Alexandrina wins the Sheikh Zayed Prize”