Draghi in the US and the clash in the center-right 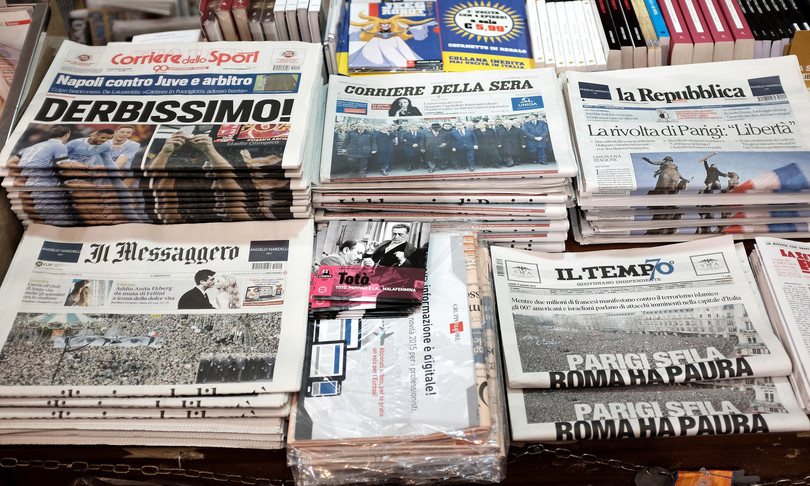 Prime Minister Draghi’s mission to Washington and the disputes in the center-right ahead of the elections. These are the issues in the foreground on the political pages of the newspapers on newsstands today.

Interview with the secretary of the Democratic Party, Enrico Letta: “All united, the invader is Putin. The big 5 EU go to Kiev and then meet him too”. Di Maio: in agreement with Conte, weapons are used for self-defense. Foreign Minister: some countries commit more. The Northern League player Salvini on Draghi’s mission in the US: “I hope it leads Biden to use more moderate tones”.

Interview with the president of the Senate Foreign Affairs Commission, Petrocelli: “I am not resigning, the government of Kiev legitimizes the Nazis”. Outstretched arms and slogans, all the black nostalgia of FdI executives: from the ostentatious symbols to the “executioner who gives up” in Rieti, the list of cases never disavowed by Meloni.

Salvini follows the Democratic Party on NATO and Europe. Read to Conte: “You must not wear out Draghi”. Interview with M5s vice president, Alessandra Todde: “We will not open a crisis, but respect is needed. Yes, the incinerator in Rome only if it is green”. Center-right chaos: earthquake in the coalition after the attack on Musumeci. La Russa (FdI): “Now we need a political clarification” but the reconfirmation of the governor of Sicily is uphill.

Center-right, new dispute. And skip the summit in Sicily. After the single candidate in Palermo, Micciche ‘raises the tone: Musumeci is a fascist. Salvini: “We alone work for unity”. La Russa: “We need a political clarification”.

NATO boycott the negotiation. Draghi obeys, Scholz does not. Chancellor after Stoltenberg’s diktat: “Let’s not go to war”.

Dragons from unarmed Biden. The premier remains isolated on the sending of weapons to Kiev. SuperMario flies to the US to strengthen the NATO axis with the American president. But on the eve of the trip, doubts about war aid to Ukraine are also growing in the Democratic Party. After Lega and M5s, Letta also repositioned himself on the war: “No to escalation”.

The list of municipalities that will raise taxes. Increase in personal income tax to cover budget gaps: in 23 capitals the state will give the green light. There are Milan, Genoa, Florence and Venice. The choice of field, Draghi’s goal in the USA: to become the trusted ally. Interview with Roberto Calderoli (Lega): “The referendum on judges will save ordinary citizens”.

Interview with Carlo Calenda: “You can’t do without gas, and go ahead with nuclear power”. Action leader: “There are no alternatives if we want to eliminate CO2 emissions. Draghi’s reaction to the energy crisis has been slow. Renzi is totally unreliable”. Guido Crosetto, co-founder of FdI speaks: “Draghi is thinking about how to leave”.