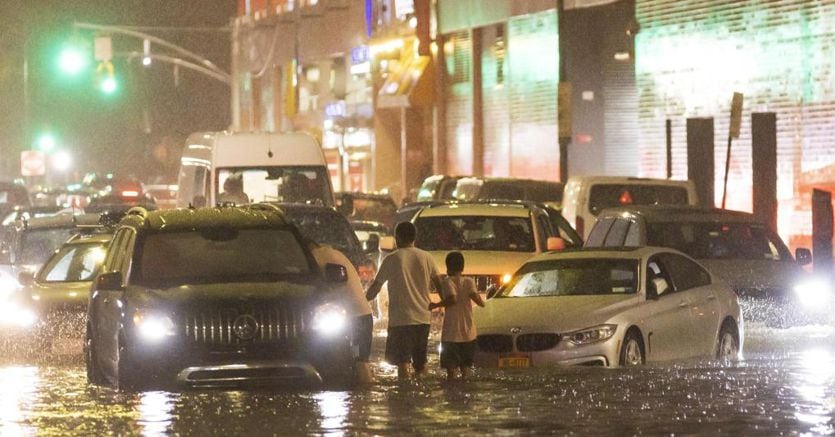 State of emergency in New York, one death in New Jersey, 600 thousand people without water in New Jersey. Hurricane Ida hits the East Coast of the United States with its “tail”, creating great apprehension. New York Governor Kathy Hochul has declared a state of emergency because the “tail” of the storm caused massive flooding in the city and in the northeastern United States. “I do this to help storm-hit New Yorkers,” Hochul tweeted. Ida, which struck the southern United States as a Category 4 hurricane on Sunday, caused tornadoes and floods as it headed north.

Never so much rain in New York in an hour

On Wednesday, the city of New York recorded, in just 60 minutes, 80.01 mm of rain, the largest amount of water ever fallen on the US metropolis, according to Sky News. The survey was done in Manhattan’s Central Park from 8:51 pm to 9:51 pm on Wednesday local time. The previous record of 49 mm was set last month after the passage of tropical storm Henri.

Floods and deaths in New Jersey

At least one person drowned in New Jersey following the floods caused. The Sky News reports, noting that Governor Phil Murphy has also declared a state of emergency. All rail connections, except those with Atlantic City, have been suspended. Meanwhile, the evacuation of passengers on the New York City subway network continues, reports CNN.

Victims also in the southern states

Seven victims in the southern United States. There are at least 600,000 people without water in Louisiana. Huge tornadoes also hit Pennsylvania and Maryland, where a 19-year-old died and another went missing due to flooding of a building. The weather service urged not to drive on the flooded streets.