Refusals of order and criticism in the media: The failure threatens Putin 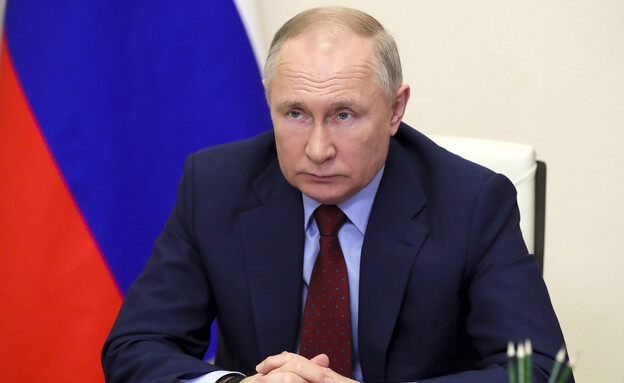 After the victory march yesterday (Monday) in Moscow, which many in the West estimated would be an opportunity for Russian President Vladimir Putin to announce achievements in the fighting or even officially declare a “war” on Ukraine, the Russian military is still struggling and continuing to struggle in fighting the Ukrainian army. Two and a half months after the start of the war, the Russian army is far from any real achievement, despite the occupation of several cities in southern Ukraine like Kherson and most of the port city of Mariupol. In addition to all the troubles of the Russian military in combat, various reports have recently surfaced of another problem that may bother Putin: refusals of command by officers and soldiers on the battlefield.A senior Pentagon defense official reported yesterday that the United States had a series of reports and indications of a refusal of orders on the front lines of fighting in eastern Ukraine. In the face of orders from high-ranking generals.

According to the report, the widespread phenomenon of refusals of the order forced more high-ranking generals to enter the battlefields – which raised the risk to their lives. As you may recall, last week they announced in Ukraine the assassination of another senior Russian general, the 12th in number since the beginning of the fighting. Washington denied last week that it had provided Ukrainians with accurate intelligence about the generals’ positions on the battlefield – something that according to various leaks helped them in the assassination series.

This report joins other reports in the West, according to which Russia has so far recorded no real achievement in the fighting in eastern Ukraine. The same Pentagon official reported that the Russian military, for the time being, had managed to advance only “a few miles” in the area of ​​the city of Izumi in the northeast of the country. He added that the rising trend in the area is the withdrawal of Russian forces from the Izumi region in a southeasterly direction, towards the town of Lyman. According to estimates, the move may be due to the difficulty of the Russian army to register achievements in the Izumi and Kharkiv region, due to Ukrainian opposition there. Also yesterday it was reported that the Ukrainian army continues to repel and keep Russian forces away at a distance of tens of kilometers from Kharkov.

Against the backdrop of numerous reports and estimates until yesterday that Putin might have used Victory Day to officially declare a “war” on Ukraine – a move that would have allowed him to recruit many more reserve and regular combat forces, we updated yesterday in the West that there are no indications of large-scale mobilization More Russians to war. At the same time, Washington recognizes that the Wagner group, the private mercenary group of businessman Yevgeny Prigogine close to Putin, has raised a demand for the transfer of more large forces to war from other arenas in which they operate.

Preliminary estimates for extensive enlistment in the Russian military came in the wake of dramatic damage to Russian manpower at the end of two-and-a-half months of fighting. With the Russian invasion of Ukraine on February 24, their force stood at about 120 battalion combat teams with full staff, now it is estimated that they have a maximum of 97 battalion combat teams, numbering about a thousand fighters in each of them on average – much smaller in size Of a fully qualified battalion.

Contrary to estimates, Putin did not address yesterday’s parade at length the fighting in Ukraine. While many estimated that Putin was determined to present a victory picture in the parade and detail real achievements, he for his part preferred to avoid it and continue to justify Russian motives for fighting – in what sounded mostly like an appeal to the Russian audience. Yesterday, he reiterated the Kremlin’s narrative since before the outbreak of the war, saying that the West had left Russia no choice and forced it to start a war against Ukraine because NATO forces threatened to invade Russia. On the Russian failure in the fighting so far.

In recent days, there have been increasing allegations that Putin and the Russian military have failed to assess the outcome of the war and the response of Ukraine and Western countries. Just today the British Ministry of Defense announced that Russia’s underestimation of Ukraine and its army on the eve of the war led to a series of Russian failures on the battlefield, which is what effectively deprived Putin of the right to declare real achievements yesterday, on Victory Day. “The Russian invasion plan was based on a great deal of information on a misjudgment regarding only limited resistance on the part of the Ukrainian army, which determined that Russia could carry out major conquests in a short time,” a statement from London said. It was further alleged that the miscalculation in Moscow resulted in large losses from them and forced them to change the focus of the fighting.

Find out more about the UK government’s response: https://t.co/l07FXELmoB

Despite censorship, failures are also reported in Russia

Further evidence of the failure of Russian combat efforts in Ukraine can be found in the reports of Alexander Sladkov, one of the greatest “Putinist” Russian war journalists. Sladkov, who reports from the fighting front in the Donbas region for Russia’s first television channel, yesterday made an outrageous critique of the conduct of Russian fighting in Ukraine, calling it “shamefully hesitant.” In a special report issued yesterday, he said that Russian forces “are unable to advance and repel Ukrainian forces.”

“We are not able to fend off the Ukrainians from the city, we are simply not succeeding,” Sladkov reported. “Because, I do not know and do not want to criticize, but we face them in a one-to-one relationship,” he continued. He went on to say that the Ukrainian forces “continue to appear on the battlefield -” we are unable to close the bulge “, he said about the inability of the Russian forces to advance.

Putin’s status is also undermined in the internal media arena, despite the harsh and restrictive legislation on the matter since the war began. Network CNN It is reported that two Russian journalists in the media known for his sympathetic attitude to the Kremlin published articles this morning criticizing the war and Putin’s leadership. Journalists Igor Polyakov and Alexandra Miroshnikova wrote, among other things, that the authorities in Russia “lied to relatives of soldiers” in their reports regarding those killed in the sinking of the warship “Moscow”. They also wrote that Putin had brought Russia to “the bloodiest war in the 21st century.”

“Putin and his immediate circle are expected to face a tribunal at the end of the war,” the unusual article said. “Putin and his people will not be able to justify it after the war.” Polyakov and Miroshnikova are two economic editors at the site lenta.ruWhich is owned by the Russian bank Sberbank, which only recently the US imposed a series of severe sanctions on.

It is still too early to eulogize the Russian war effort, which many believe may be particularly long and protracted, but close to three months since it began – it can certainly be stated that it is conducted differently from the way Putin and his associates had hoped for it. If at first it seemed that the war was actually helping Putin to strengthen and fortify his position at home among the Russian public, recent developments and heavy failures on the battlefield show that Putin’s strong position is not immune either.

One thought on “Refusals of order and criticism in the media: The failure threatens Putin”