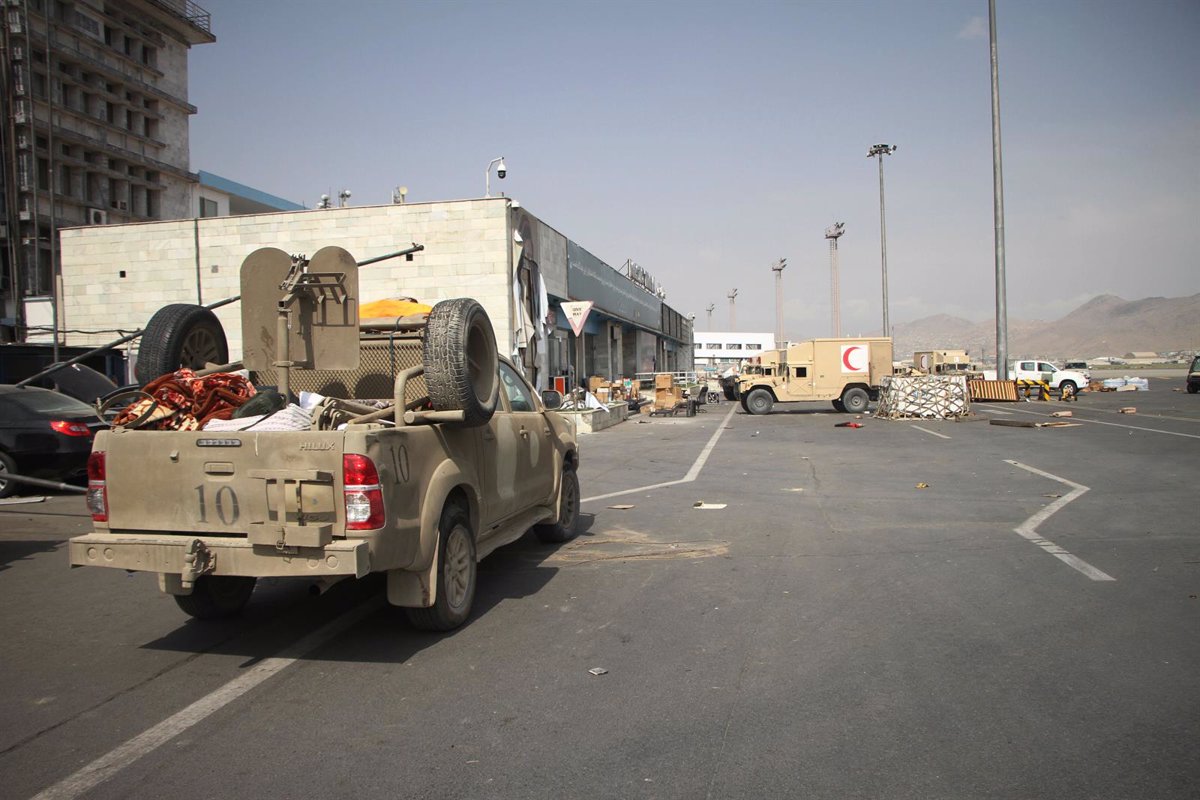 Qatar, which also examines the facilities, hopes that the airfield can be operational “as soon as possible”

The Government of Turkey has admitted that security is the main obstacle for the Hamid Karzai International Airport of Kabul to resume its activity and has raised the possibility of adding private companies to a scenario that Turkish and Qatari authorities are studying these days, at the request express of the Taliban.

The airport’s activity was interrupted after the Taliban took control of the Afghan capital on August 15, in such a way that in the following weeks it was only operational for foreign governments to charter dozens of planes with which to evacuate to compatriots and local collaborators.

The Taliban, who entered the airfield triumphantly after the end of the US military withdrawal this week, have contacted Turkey and Qatar to finalize the commissioning of the facilities again, something they hope to achieve “as soon as possible” the Qatari Foreign Minister, Mohamed bin Abdel Rahman al Thani, who has received his British counterpart, Dominic Raab, in Doha.

The minister confirmed during a press conference that they are in the “evaluation process” of the situation, which includes continuing to maintain contacts with the Taliban to examine “risks”, according to the DPA news agency. He hopes there may be “good news” in “the next few days.“

Turkish Foreign Minister Mevlut Cavusoglu has admitted that “it is not easy” to solve the problem, among other reasons because future steps in relation to Afghanistan depend to a large extent on international cooperation. “It is not something that Turkey and Qatar can do alone,” he said in Ankara in an appearance with his Dutch counterpart, Sigrid Kaag.

The “most important difficulty”, he added, “is the security of the airport and the surrounding areas.” The Islamic State affiliate in Afghanistan carried out or tried to carry out several attacks on the airfield in the middle of the evacuation process, including one that left almost two hundred fatalities.

The Taliban reportedly transferred to Turkey that “they can take care” that the airport is a safe place, but Cavusoglu believes that there is a range of technical activities in which private companies could participate, also referring to baggage registration or verification of luggage. passports, according to the newspaper ‘Hurriyet’.

In any case, the head of Turkish diplomacy has suggested that the resumption of air transport to and from Kabul will not come with civilian flights, but military ones. Thus, he has suggested that, once the runway has been repaired, the airfield should first be opened to military aircraft, a “test” that could be used to advance evacuations.

The Taliban have pledged to do everything possible to get the airlines to land and take off again at the Hamid Karzai International Airport and have even advanced that they will let all those Afghans with “legal” documents leave the country, without expressly clarifying the situation. way in which they will avoid a dreaded exodus.