Hypersonic missiles were fired at… during the celebrations of the victory over Germany. 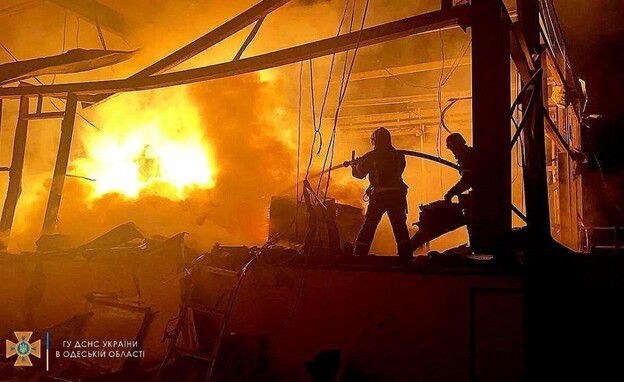 During the Russian celebrations, at least seven Russian missiles, including three hypersonic missiles, were fired at different sites in the southern Ukrainian port city of Odessa, according to Ukrainian officials. The Ukrainians announced the scope of the massive destruction caused to the city today (Tuesday), which included a shopping center and two hotels. At least 7 individuals were injured and sent to the hospital after one person was killed. How does a Hyper-Sony Missile work? Sign in

Sergei Berchuk, a spokesman for the Odessa District Military Administration, emphasised that the missiles were fired targeting tourist infrastructure rather than military targets. Kinzhal missiles, Russia’s new hypersonic missiles, were fired from a jet flying over Odessa, he added. The missiles can travel at speeds of at least 5 times the speed of sound and with extreme precision.

It was unclear why the missiles were aimed at the hotels or who was staying there at the time of the strike, according to CNN. “The Russians are continuing their psychological pressure and frantic attacks on the civilian population and civilian infrastructure,” the Ukrainian army said.

Remember that Odessa is a vital city in the Ukraine conflict: if Putin conquers it, Russia will be able to spread the conflict to Moldova as well, as pro-Russian activity has been reported in the Moldovan Transnistrian region recently, according to British intelligence. The Pentagon, on the other hand, assesses that Russia lacks the capabilities to assault the Black Sea port of Odessa from the ground or by sea.

One thought on “Hypersonic missiles were fired at… during the celebrations of the victory over Germany.”