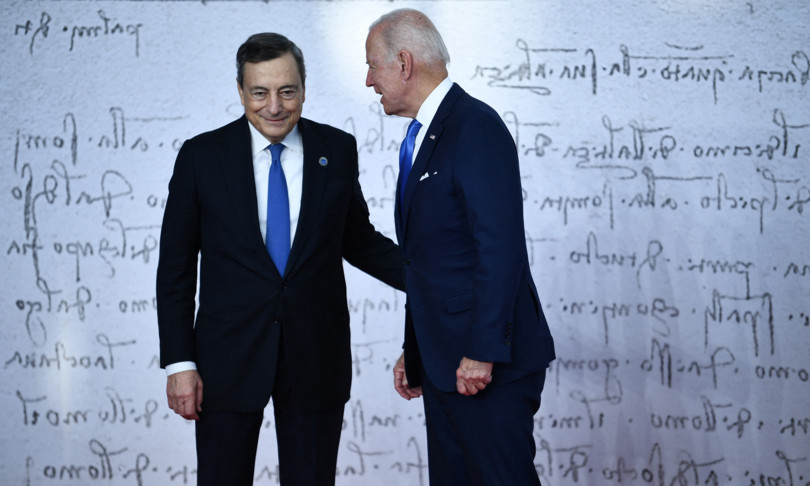 Prime Minister Mario Draghi is about to meet with the President of the United States, Joe Biden at the White House. “In the afternoon (8pm in Italy) I will host a bilateral meeting with Italian Prime Minister Mario Draghi at the White House – Biden writes – I can’t wait to reaffirm the friendship and strong collaboration between our two nations and to discuss our continued support for Ukraine “.

Foreign Minister Luigi Di Maio will be in Marrakech, Morocco tomorrow, where he will participate in the ministerial meeting of the global anti-Isis coalition. On Thursday 12 and Friday 13 the head of the Farnesina will be in Weissenhaus, Germany, for the G7 Foreign Ministerial. Finally, on Saturday 14 and Sunday 15, Di Maio will participate in the informal meeting of NATO foreign ministers in Berlin. Draghi will report, if confirmed, to the Senate on May 19 on the Ukraine issue. This is the orientation that emerged from the conference of the group leaders of Palazzo Madama. The premier will carry out an informative report and therefore, it is emphasized again, and therefore a vote of the Assembly will not be necessary.

Isabella Rauti, vice president of the senators of the Brothers of Italy, asks that “the Prime Minister’s question time, set for Thursday 19 May, is transformed into a report. This would allow us to have more time to discuss the Ukrainian crisis and the outcome of President Draghi’s trip to the United States and the meeting with President Biden with the government “.

“Last week – he continues – on the occasion of the hearing of Minister Guerini before the Defense Committees of the Chamber and Senate we had already presented a request for information from the Prime Minister. Moreover, our request is in line with the parliamentary mandate given to the government on the occasion of the approval of the two Ukrainian decrees in which the Executive is expected to constantly update Parliament “.

For the secretary of the Democratic Party, Enrico Letta, “the unrealistic promise to Ukraine of immediate EU membership will lead to frustration. It will push them to increasingly turn to the United States and Great Britain. A European Confederation of 27, Ukraine, must be created. and other candidates to enter. To welcome them immediately into the European family “. The leader of the League, Matteo Salvini, says on Ukraine: “We can no longer afford more months of war, it is a question of survival. I expect peace from the meeting between Draghi and Biden. Getting to peace right away is vital “.

One thought on “Dragons from Biden. Foreign ministers await the G7”