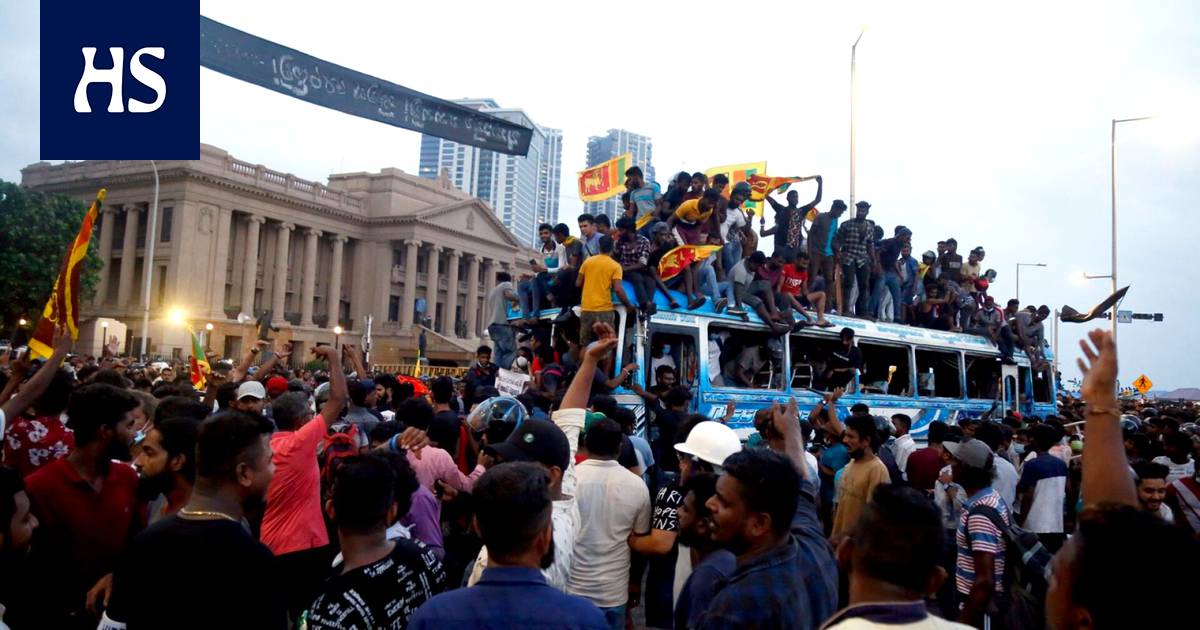 There has been a recent unrest in Sri Lanka that has become violent. The protests are based, among other things, on the fact that the country has plunged into its worst economic crisis since independence.

South Asia There has been a recent unrest in Sri Lanka that has become violent.

On Tuesday, the country’s defense ministry ordered security forces to shoot in the face of people guilty of, for example, looting or damaging property.

Picket also attacked a high-ranking police officer in the country on Tuesday.

According to authorities, a member of the top management of the police Deshabandu Tennakoonin the car was set on fire near the prime minister’s official residence in Colombo. Tennakoon was also being treated at the hospital, but has already gotten home.

Prime minister Mahinda Rajapaksa resigned on Monday due to unrest. In Monday’s clashes, five people were killed and at least 189 injured. The majority of the injuries occurred when supporters and opponents of the government clashed violently in Colombo.

The protests are based, among other things, on the fact that Sri Lanka has plunged into its worst economic crisis since independence. Among other things, the country suffering from record inflation has stated that it will not be able to pay its debts. Due to the currency crisis, there is a shortage of everything in the country, because there are hardly any imports.

The bus burned during the protests was still on the sidewalk on Tuesday in Colombo. Picture: Ishara S. Kodikara / AFP

Maan the administration passed a series of emergency laws on friday that, among other things, give the military broad powers to arrest people. The unions had previously declared a general strike in the country to put pressure on the regime to resign.

UN High Commissioner for Human Rights Michelle Bachelet condemned the escalating violence in Sri Lanka. He called on the parties to engage in dialogue in order to remedy the shortcomings experienced by citizens.

“I am very concerned about the escalation of violence in Sri Lanka after the prime minister’s supporters attacked peaceful protesters, as well as the ensuing mass violence against members of the ruling party,” he said in a statement.

The European Union condemned the attacks on civilians on Tuesday and called on all parties to refrain from further violence.

In addition, the EU calls on the South Asian state authorities to investigate and bring to justice those responsible for or inciting the violence.

The Union said in a statement that it was closely monitoring the situation in Sri Lanka.