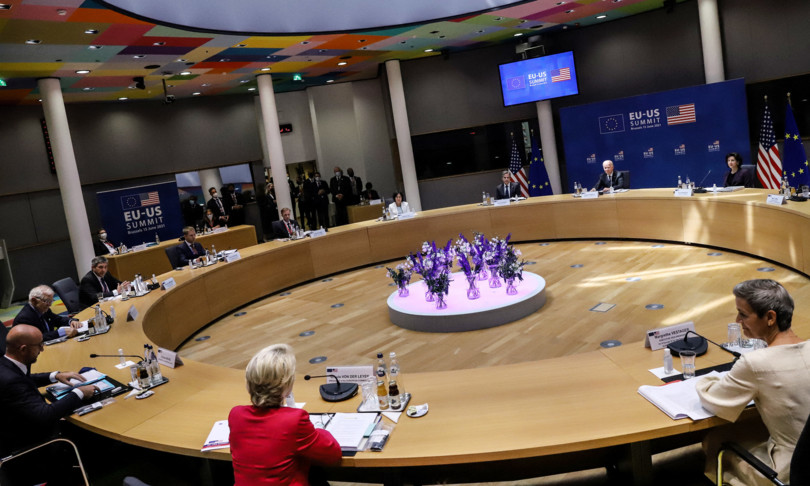 – The European Union wants its army– It can no longer rely solely on the United States and NATO. And the clear demonstration was “the tragic outcome of the double mission in Afghanistan”, as summarized by the President of the European Council, Charles Michel. “We had gone to defeat terrorism and build a democratic state, the last twenty days have shown that we have not succeeded in either”, he wrote on his blog in which he did not spare a few digs at the United States of Joe Biden, an ally in which Brussels had placed too much hope after the difficult mandate of Donald Trump.

“We went to Afghanistan with our American allies. We go out with them. But the implications of this new situation are not identical for the United States and for Europe, which is why the latter will soon have to make choices in line with the their strategic interests “, underlined the EU leader.

The High Representative of the Union for Foreign Policy, Josep Borrell, also shares the same opinion: “Biden is the third US president in a row to warn us that the United States is disregarding global conflicts“And” that Europeans must wake up and take their responsibilities and this is not against NATO or against our alliances, “he said at the end of the meeting of defense ministers in Brdo, Slovenia.

If nothing else, after the searing defeat in Kabul, the EU seems to want to learn the lesson. “The need for a common defense has never been more evident, the events in Afghanistan have been a watershed “, explained Borrell who on November 16 will present to the Council of Defense Ministers his proposal for the strategic compass that provides for an intervention force composed of 5 thousand European soldiers.” When it was proposed the European army in the nineties spoke of 50,000 soldiers. This time they will be less but certainly better trained and more prepared to intervene “, he stressed.

“The Afghan crisis provides further confirmation of how unstable and uncertain the geostrategic landscape is and brings us a series of lessons that we must learn as the European Union: it is necessary to improve our capacity for strategic anticipation, to enhance the peculiarities and tools of the Union , equip ourselves with the skills necessary to operate effectively but above all have the will to use them effectively and consistently in relation to the objectives. I believe that the strategic compass must reflect all these needs and I am convinced that it must be an ambitious and concrete document, which also looks realistically at relations with the main partners, primarily NATO “, said the Defense Minister, Lorenzo Guerini, in his speech.

However, once again, the stumbling block of a common agreement must be overcome. Although everyone is convinced of having to relaunch the EU’s common foreign and defense policy, not all Twenty.seven have expressly said they are in favor of the intervention force– The much.needed unanimity is missing and the goal is precisely to overcome it in order to be able to launch the EU military missions in the future.

The German Defense Minister, Annegret Kramp.Karrenbauer, in her speech proposed the use of Article 44 of the Union Treaty which would allow participation in operations based on the will of the States. Not all Twenty.seven, in essence, would be forced to take part in an EU mission. “Article 44 has never been used so far and I fully agree on the use of this possibility,” explained Borrell.

“For small states like Slovenia, unanimity is important but sometimes you have to decide what is more important: act quickly or get stuck with unanimity?“, underlined the Minister of Defense of Slovenia (the country that holds the current EU presidency), Matej Tonin.” I think the main point on which the States will discuss is whether we want to move from the principle of unanimity to the principle of majority. When the majority decide, we can go. And whoever wants to can participate in the operation “, he added. In order to overcome unanimity, however, unanimity is needed, at least one last time.